Lowland Guineo-Congolian forest at the type locality in the valley of the Albertine Rift.

This subspecies is very similar to D. b. browni   comb. nov. and, if found together, the two might not at first glance be distinguished. However, D. b. semulikiensis subsp. nov. is approximately 10% taller and wider, has shallower sutures and a more complete peristome. Its parieto-palatal sinus is longer and narrower than that of D. b. browni   comb. nov., and does not widen appreciably towards its inner end. The type localities of D. b. browni   comb. nov. and D. b. semulikiensis subsp. nov. are over 3000 km apart, in very different biogeographic and climatic regions. Although several snail species are known to range between South and East Africa, most are either species of the coastal strip, or are widely distributed throughout the entire area. Dadagulella   gen. nov. has not been recorded from much of the intervening area of East Africa and is represented in the Albertine Rift otherwise only by D. selene (van Bruggen & Van Goethem, 1999)   comb. nov. It remains possible that the Semuliki population has descended from D. b. browni   comb. nov., introduced by man from Tanzania or further to the south, and that the morphological differences are mainly ecophenotypic. However, in the light of these differences and the great geographic separation, we treat it as a subspecies of D. browni   comb. nov. as we do with D. b. mafiensis subsp. nov. 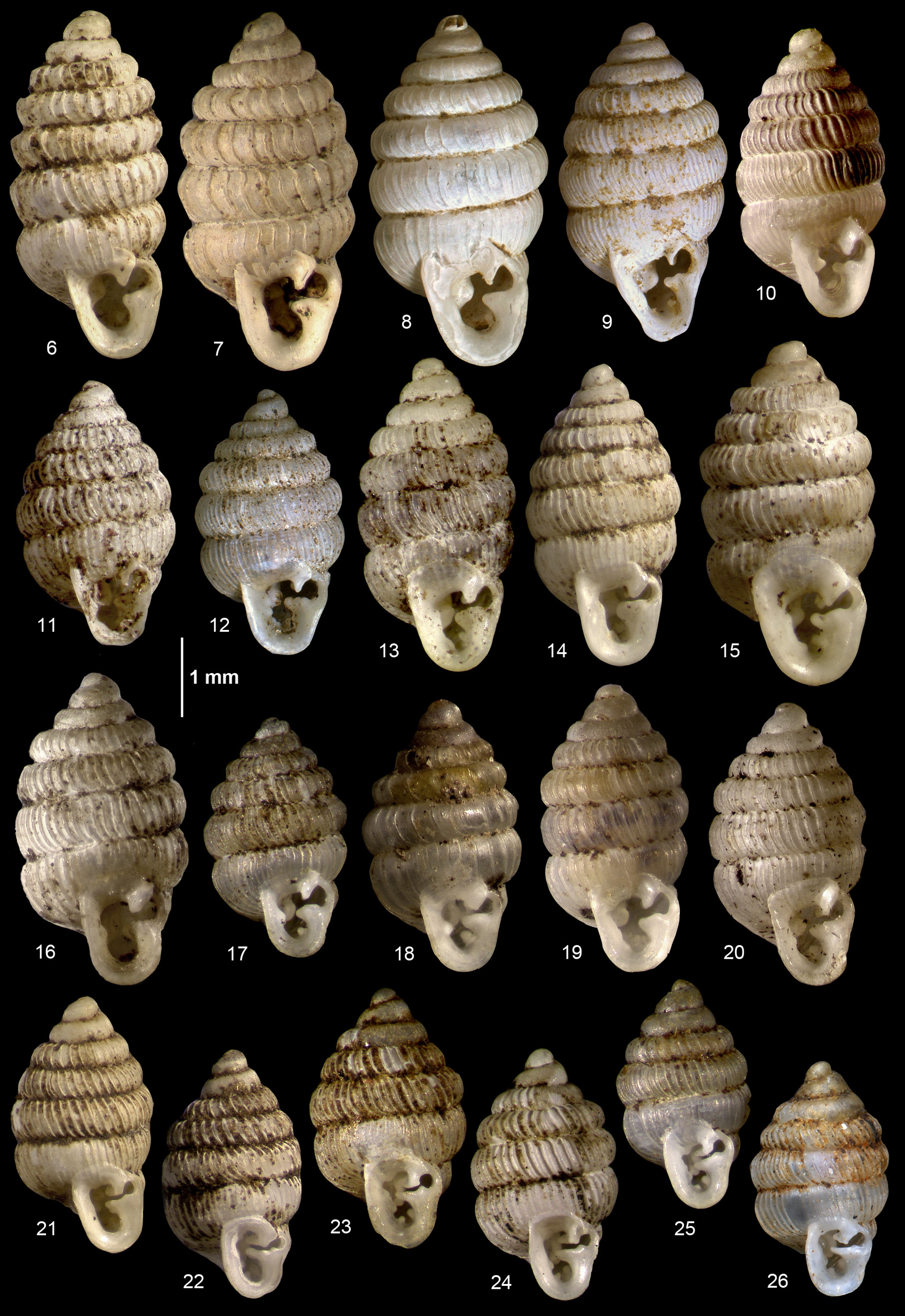 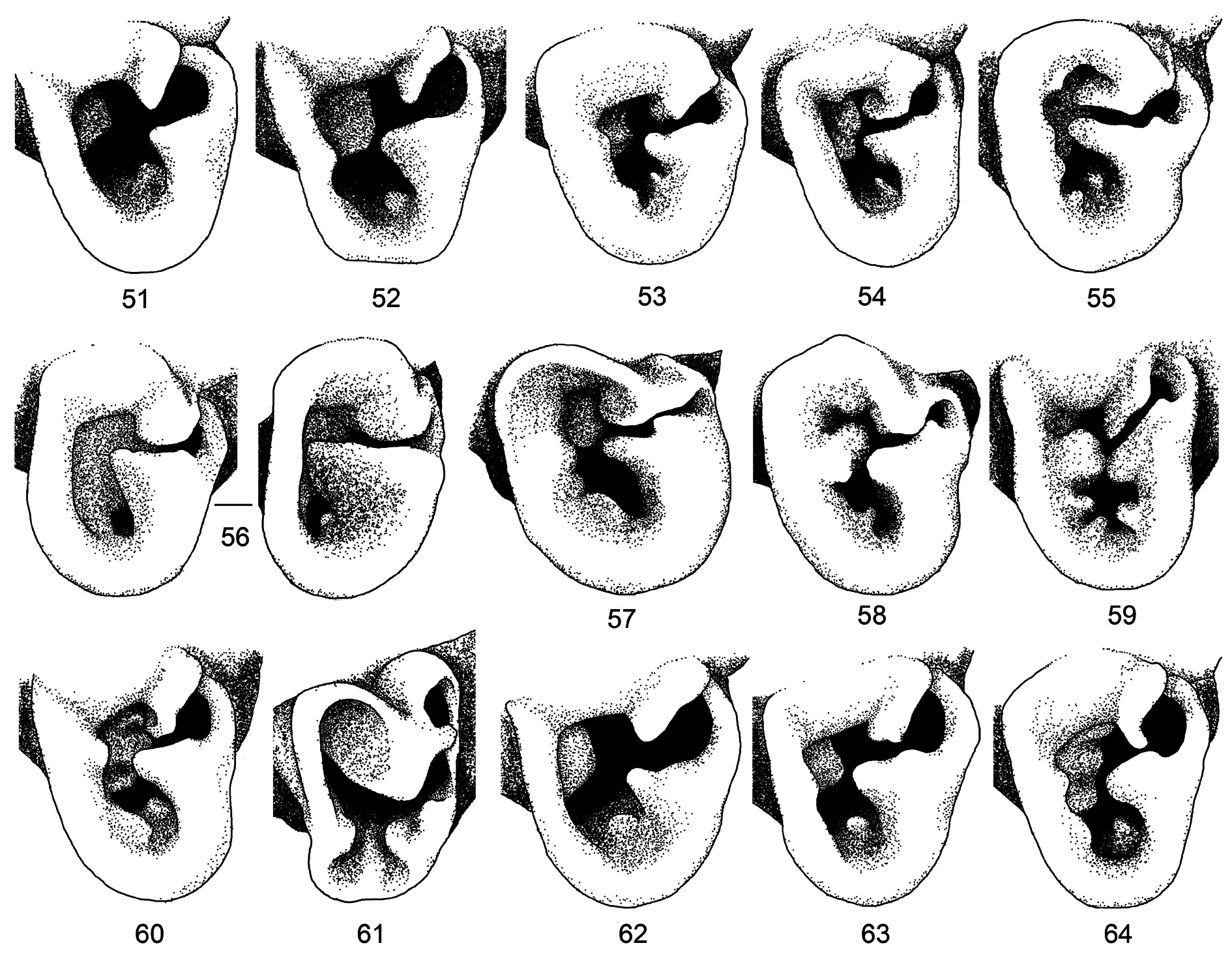 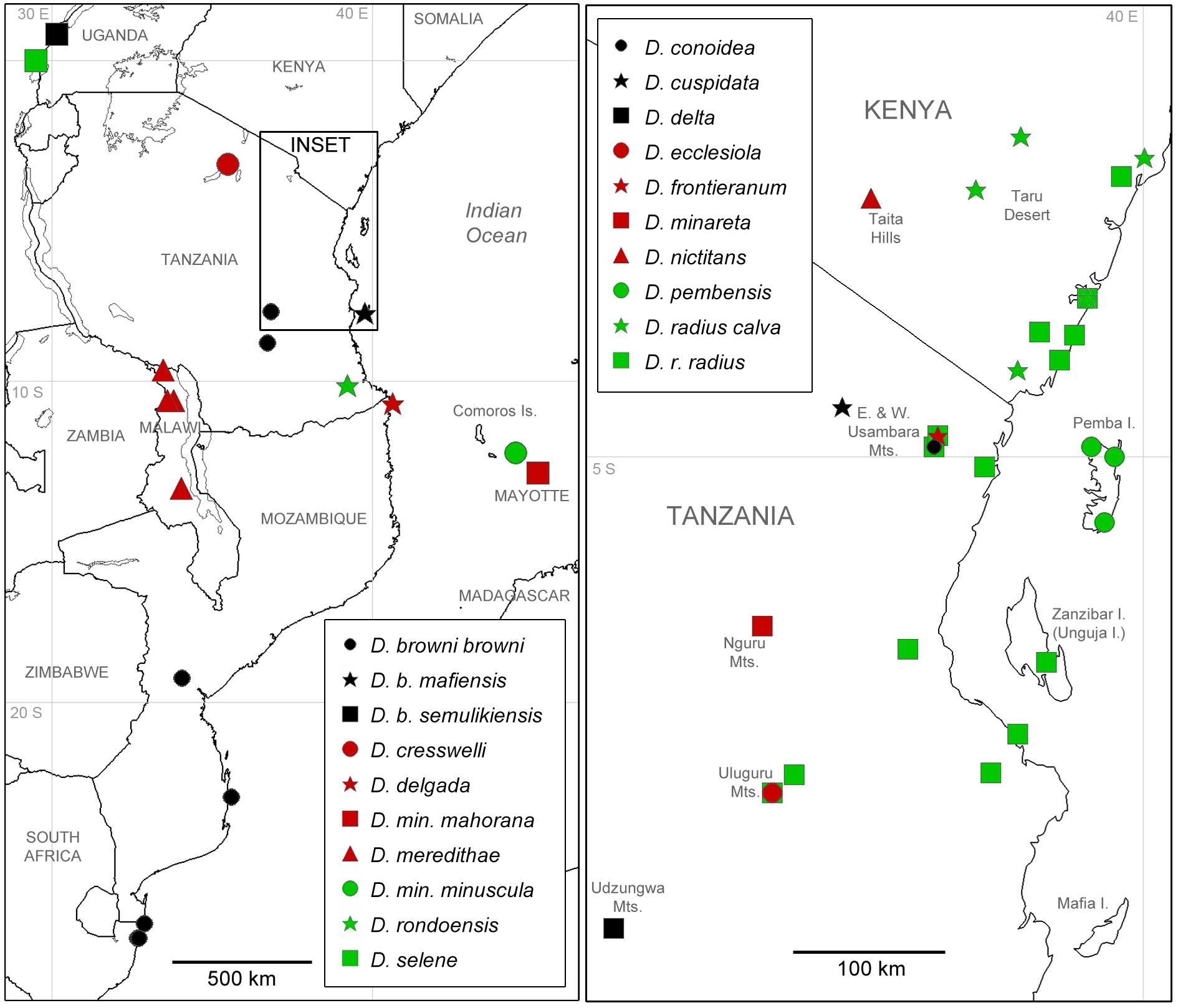 Fig. 84. Distribution of Dadagulella gen. nov. species, based on published records and material examined here (for additional records of D. meredithae comb. nov. in northern Malawi see van Bruggen 2000). The inset on the left corresponds to the map on the right.