Remarks. The species described above is most allied to the recently described species, P. amankutanensis Barták & Shamshev, 2015   . The latter species has a sharp midtibial spur in both sexes and quite different male genitalia (lateral lamella without setose outgrowth). Moreover, sexual dimorphism in microtrichosity of mesoscutum is rare feature in the genus Platypalpus   .

The species described above may be only with difficulties arranged into the key by Grootaert & Chvála (1992) due to controversies in couplet 18 (the species does not run to couplet 19 nor to 21). Deeper changes are necessary to re-arrange species under couplet 18. 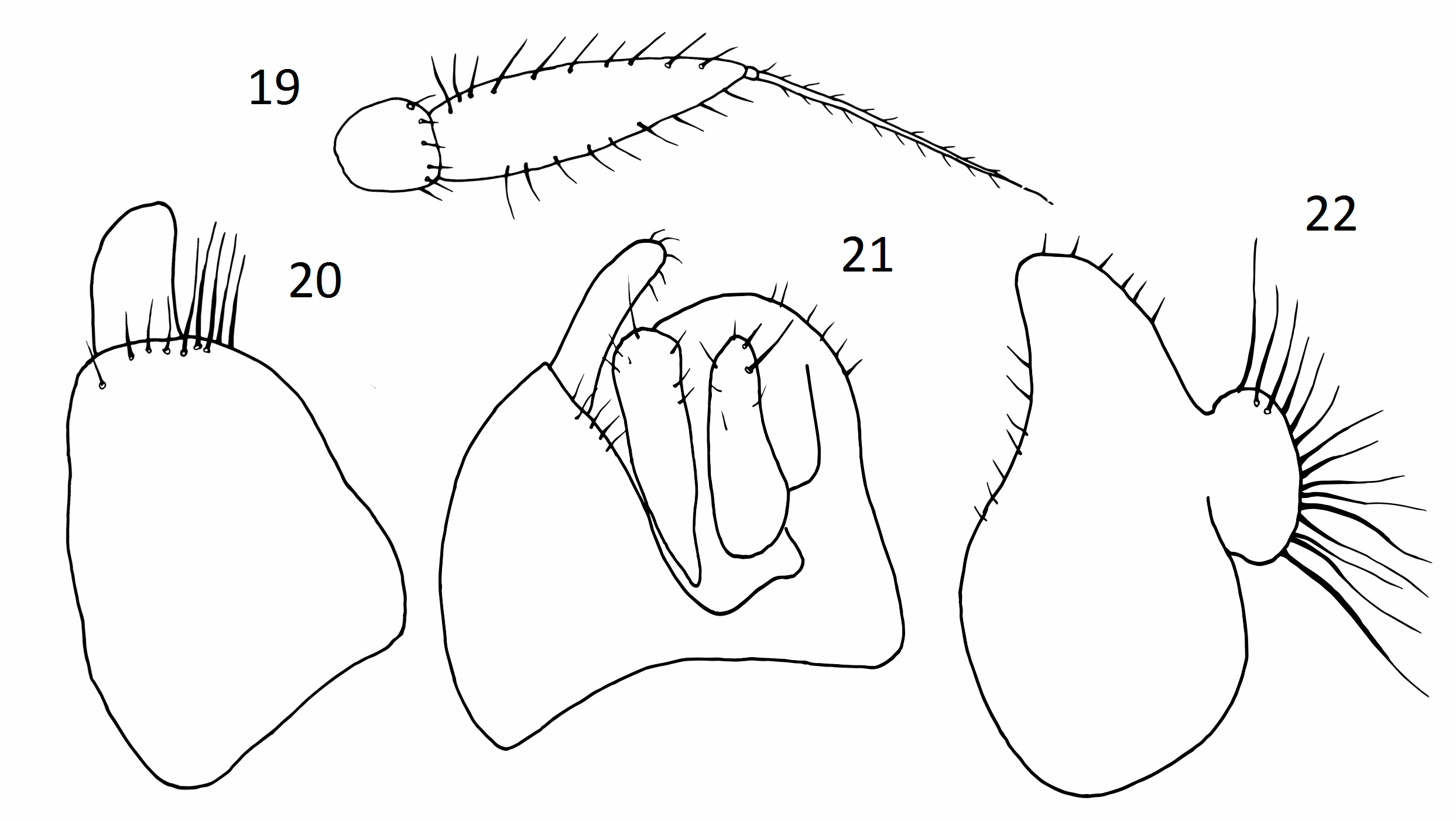 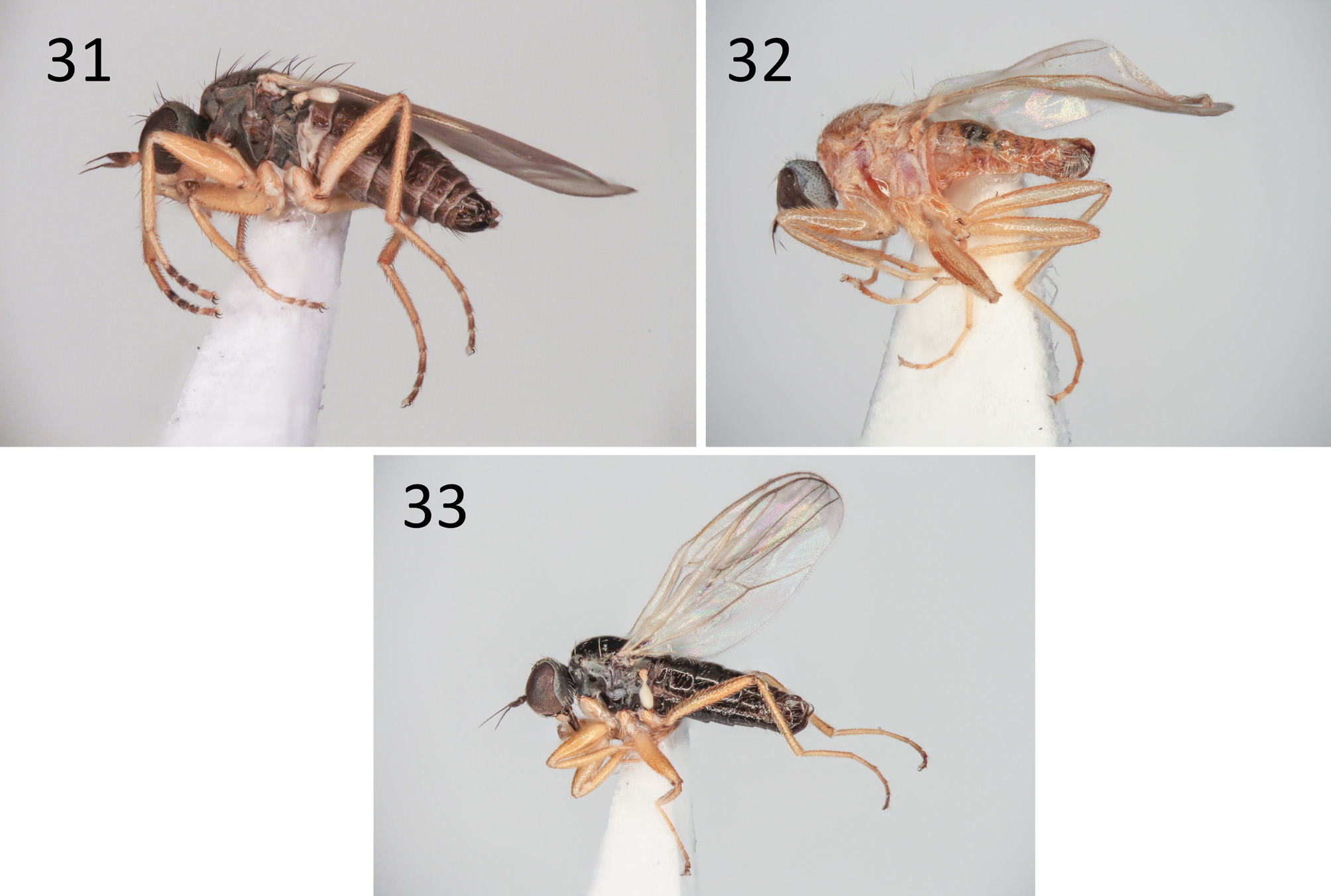