Remarks. The species described above is closely allied to the Central Asian species, P. farabiensis Shamshev, 1998   , and P. tumidiarista Barták & Shamshev, 2015   . With darkened palpi, shape of left epandrial lamella, and narrower mid femur it is closer to the latter. From both species it differs in the structure of male genitalia (left epandrial lamella bears very long, dark posteriorly oriented setae in dorsal excision, broad apical projection, and much longer setae ventrally). Moreover, the lustrous spot on the katepisternum is broader than in both species with which it is compared (broader than posterior microtrichose stripe), vein CuA1, ending far before the wing margin (distance longer than lower crossvein), and clypeus is lustrous on ventral half. Platypalpus anomalus   sp. nov. leads to couplet 158 in the key by Grootaert & Chvála (1992), but differs from any other species of this section by its thickened stylus. 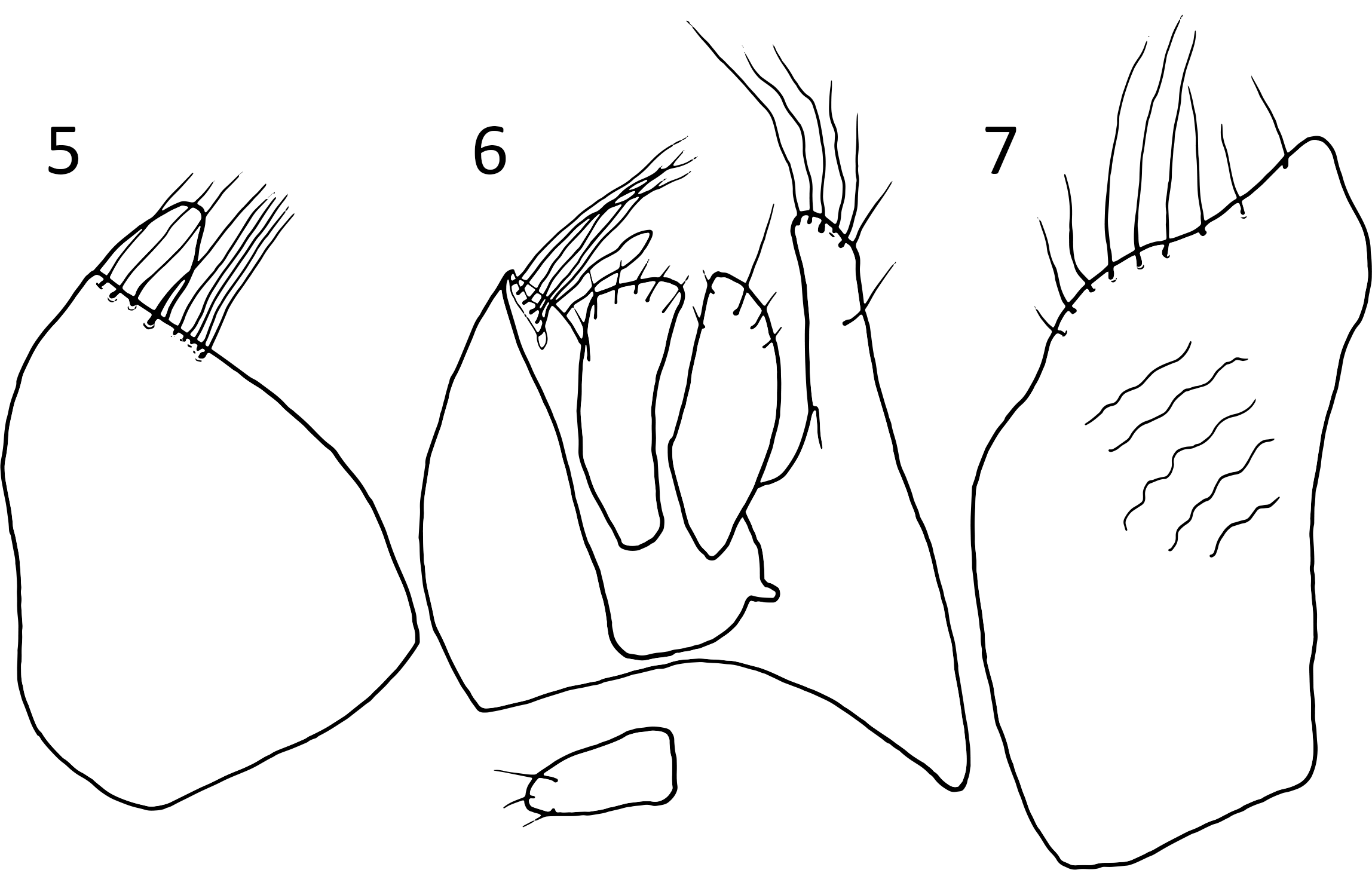 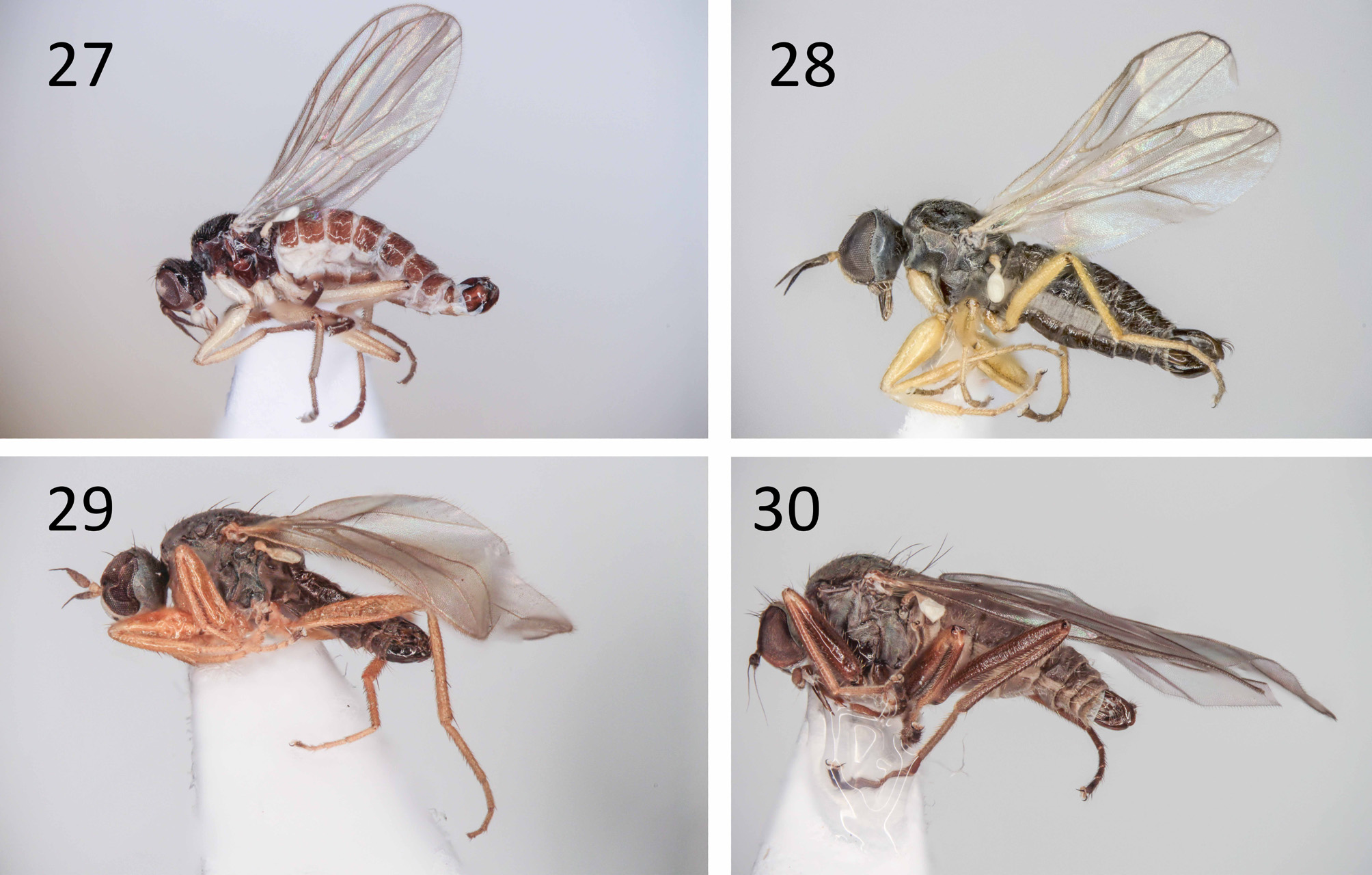