This is a large group comprising small to medium sized species with rather homogeneous morphology. In addition, some of the species exhibit geographic variation in the coloration of the integument or of the vestiture. Consequently, species identification is more complicated in this group than in the other Pseudomegachile , and may require comparing a series of specimens or examining the hidden metasomal sternites of males. Numerous features of the flavipes species group are shared only with M. ericetorum , in line with the phylogenetic affinities found between these two taxa.

Megachile grisescens Morawitz 1875 , described from Central Asia (“valle Sarafschan” [ Uzbekistan or Tadjikistan], in Ferghana [ Uzbekistan]) is an additional, Central Asian species of the flavipes species group. To our knowledge it does not occur in the western Palaearctic. This species is unusual within the flavipes group in the entirely dark integument of all legs. In addition, the female can be recognized by the coarsely and sparsely punctured clypeus; beside this characteristic, it is similar to a small female of M. ericetorum , but the vertex is shorter, as in species of the flavipes species group. In the male, the front tarsi bear linear, black maculations on the underside. In addition, M. nigrofulva Hedicke 1940 , described from “Kintschou, Provinz Liauhsi” [Jinzhou, Liaoning Province, China], as well as the subspecies M. nigrofulva ordonosa Hedicke 1940 , from “Ordos, Mongolei ” [Ordos, Inner Mongolia Autonomous Region, China], probably both belong to the flavipes species group. We have not examined the type specimens but some specimens from Mongolia, which agree with the description of M. nigrofulva ordonosa ; these specimens are very similar to M. tecta , although slightly larger, with bright fulvous vestiture and the integument of T1 and T2 is ferruginous. It is possible that this taxon is conspecific with M. tecta . 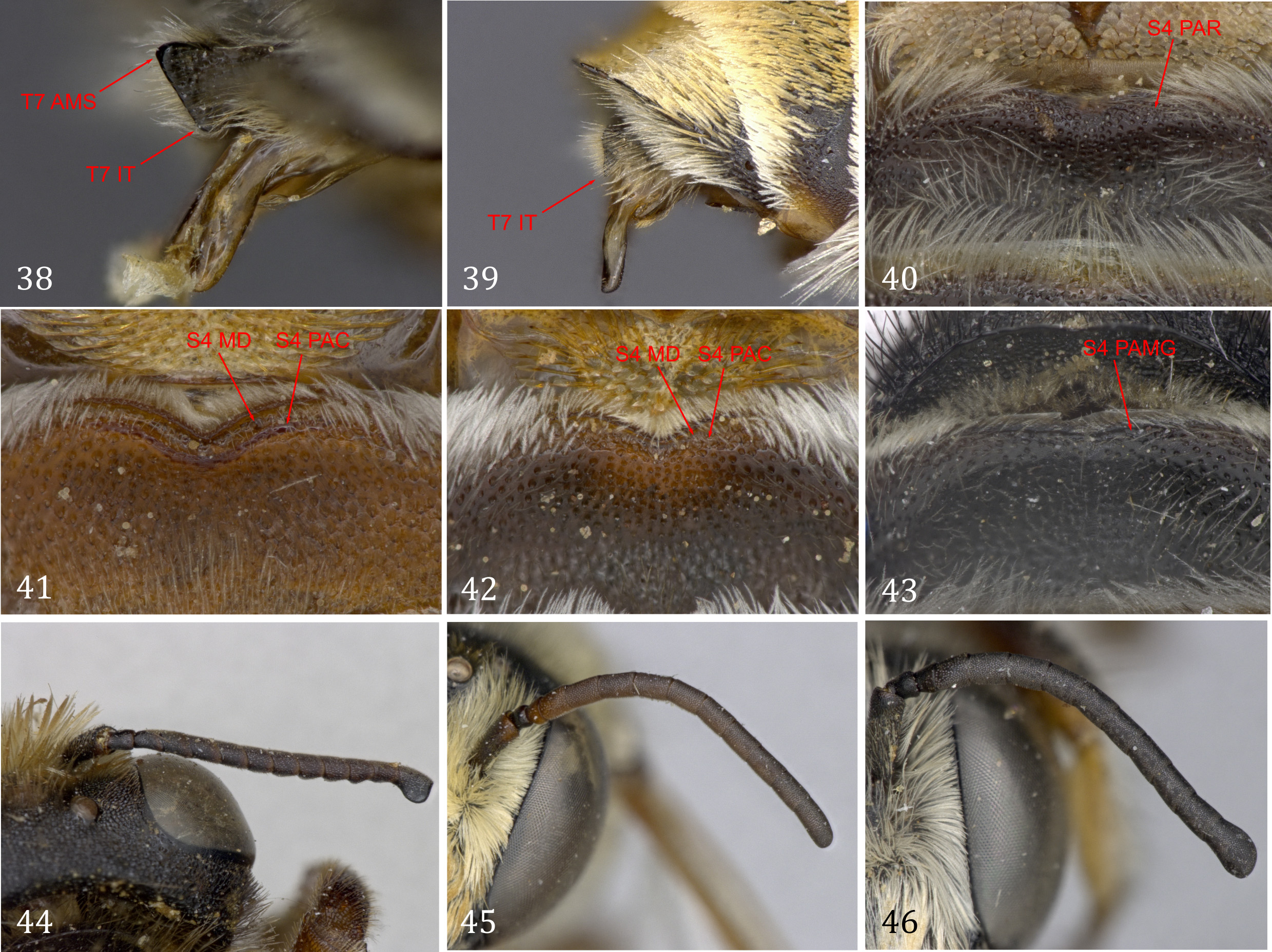