Head ( Figs 9-10 View Figs 9-11 ) including eyes 0.80 times as wide as pronotum, with eyes moderately prominent (head 1.55 times as wide as head between eyes). Labrum with apical margin almost rectilinear, but obliquely bent to right side. Mandibles medium sized, not distinctly prolonged and curved, left mandible markedly obtuse at apex, but not thickened or truncate. Antennae 2.33 times as long as pronotum and 0.82 times as long as elytra. Microsculpture on labrum isodiametric, on clypeus weakly transverse, on anterior half of head almost obliterated or with lightly impressed isodiametric meshes, on posterior half with lightly impressed isodiametric meshes, becoming weakly transverse in front of pronotal anterior margin.

Metepisterna at inner margin about 1.5 times longer than wide at basal margin. Prosternum medially with 6-9, and in front of apical margin with 4-5 longer setae. Prosternal process posteriorly with at least 6 long and distinct setae. Ventrites 4-6 with distinct and rather dense pubescence, in ventrite 4 reduced laterally. Last visible ventrite of the male holotype weakly emarginated and at apical margin with two longer setae.

Median lobe of aedeagus ( Figs 12-14 View Figs 12-14 ) large with apex very broad and widely rounded. Internal sac composed of three large apical/subapical teeth, and about 14 small to medium sized teeth whose arrangement is not yet clear, because of the partly everted internal sac.

C o m p a r i s o n s A. novaecaledonicus   nov.sp. belongs to the Anthracus annamensis   group according to the chaetotaxy of the ligula and the prosternum and other characters. Within this species group it is similar to species with immaculate elytra, particularly to A. furvus (ANDREWES)   and A. wrasei JAEGER   from the East Asian continent, and to A. furvinus   (DARLINGTON) from Papua New Guinea. Though A. novaecaledonicus   is close to these species in general appearance, it differs from them markedly, not only by the different shape and internal structures of the median lobe of the aedeagus, but also by the different shape and chaetotaxy of the male profemora. Regarding the latter characters, the species is similar and obviously closely related to A. furvinus   from Papua New Guinea and to A. baehri   from Australia. However, it can be separated from the former by the different shape and internal structure of the aedeagal median lobe, less numerous setae on male profemora and some body proportions, particularly those of the elytra, which are longer relative to width and longer relative to pronotal length. From A. baehri   nov.sp. it can be easily distinguished by characters given under this species.

D i s t r i b u t i o n A. novaecaledonicus   is known only from New Caledonia, Païta. 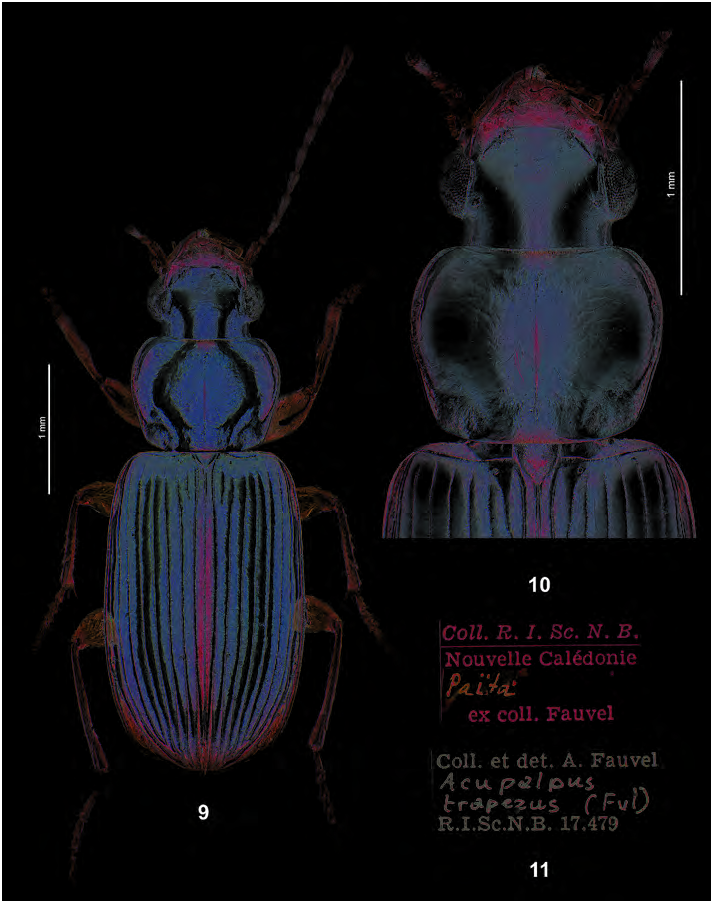 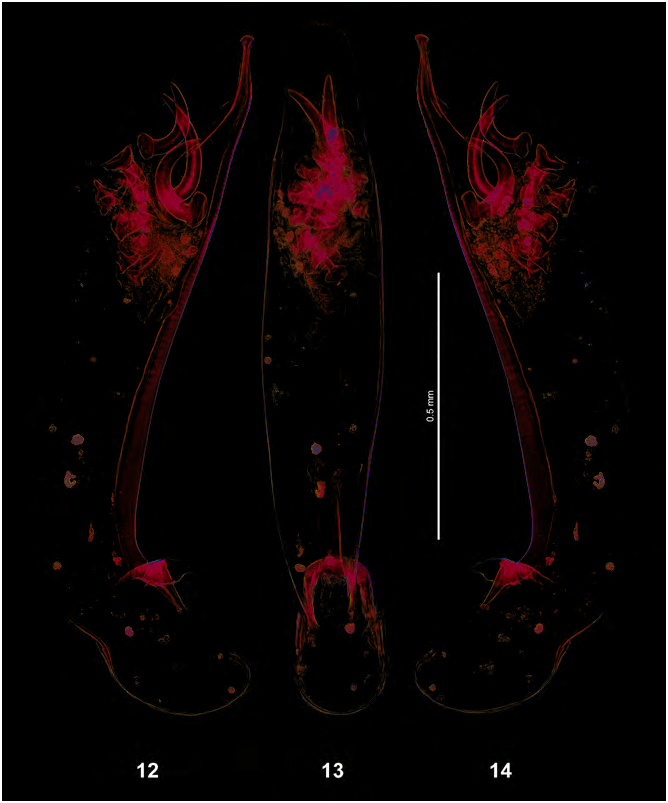