Comparative notes. Adults of L. kapenkemkensis  display several characters not found in the other known species of the genus, i.e. color pattern, abdominal plastron and cleaning fringes on meso- and metatibiae. These characters make L. kapenkemkensis  markedly different from the remaining species, but at the same time it also shows most of the generic diagnostic characters defining Luchoelmis  (with the exception of the tibial cleaning fringes, but see below). Based on this we think, that L. kapenkemkensis  could represent a distinct species within Luchoelmis  , something that could explain the strong differences found in the larvae. It is worth mentioning here that the L. cekalovici  specimens we examined also have cleaning fringes on the meso- and metatibiae, something that contradicts the original description of Spangler and Staines (2002).

Larval differences between L. kapenkemkensis  and L. cekalovici  are very pronounced. This is something that at a first glance called our attention, and made us doubt of the association with adults of L. kapenkemkensis  , but after seven years of fieldwork no other elmid adults and larvae have appeared at this locality ( L. cekalovici  larvae were associated with adults by rearing). Looking into the literature, significant differences in larval morphology among species of the same genus have been reported in Australia ( Glaister 1999). Within the genera Notriolus Carter & Zeck  and Simsonia Carter & Zeck  very marked differences in thoracic and abdominal morphology have been detected ( Glaister 1999), and some of the differences found in these Australian genera are similar to those found between L. cekalovici  and L. kapenkemkensis  (e.g. number of pleural sclerites, presence and arrangement of tergal tubercles). Therefore we suggest that Luchoelmis  could also show a diverse larval morphology. 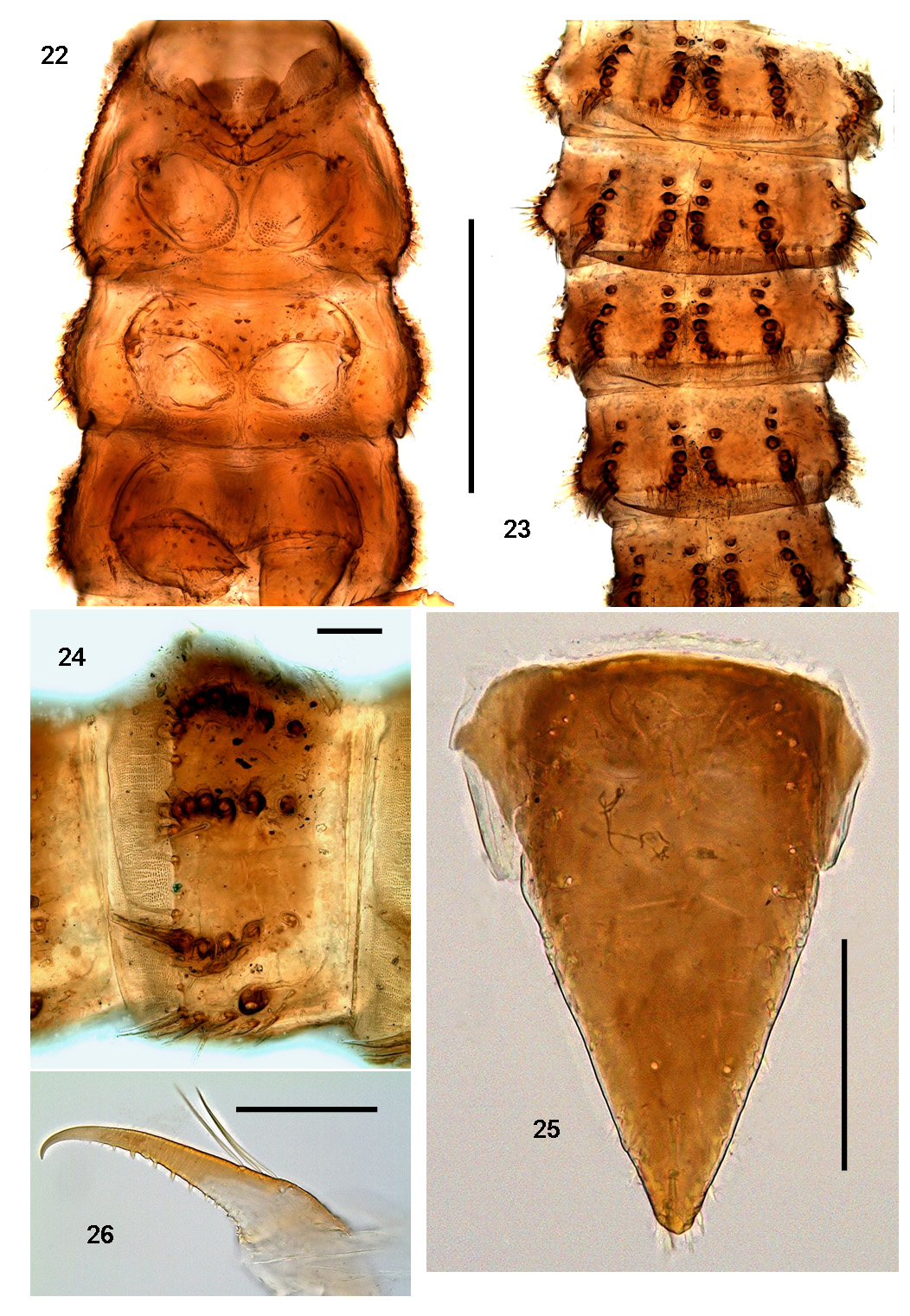