Kraepelin (1894) mentioned four specimens in the type series. According to Pocock (1896: 435), the handwritten labels were incorrectly deciphered by Kraepelin and should be interpreted as "Barawa, Somalia" instead of "Baravez, Sumatra". Upon examination of the labels, we agree with Pocock conclusion. Moreover, the genus Pandinurus  is exclusively African, and Sumatra is completely out of its distribution area. The ZMH series comprises three animals and the additional specimen may be lost or may have been donated to another museum. The subadult male is designated as the lectotype, the other two specimens as paralectotypes.

Two potential collectors were identified here for these specimens: Johann Maria Hildebrandt (1847-1881) and Gustav Adolf Fischer (1848-1886). Hildebrandt was a German explorer and scientist. From 1871 to 1881 he made several expeditions to the Horn of Africa and the Great Lakes during which he amassed important collections of botanical and zoological specimens ( Beentje 1998). A new species of skink, Trachypelpis hildebrandtii  (Peters, 1874), was named after him based on material he collected in Barawa, Somalia ( Peters 1874). A large part of his zoological collection is deposited in the ZMB. Fischer (See paragraph about Opisthacanthus (Nepabellus) fischeri  Kraepelin, 1911 above for biographical details) also prospected in Barawa (1882-1883) and enlisted the services of local people to collect for him (Fischer, 1885c). At least a second scorpion species named after him, Uroplectes fischeri  (Karsch, 1879), was described from the material that were collected back then. Fischer’s zoological material is at least in part housed in the collections of the ZMH and it is thus more probable that the types of P. pallidus  were collected by Fischer rather than Hildebrandt. 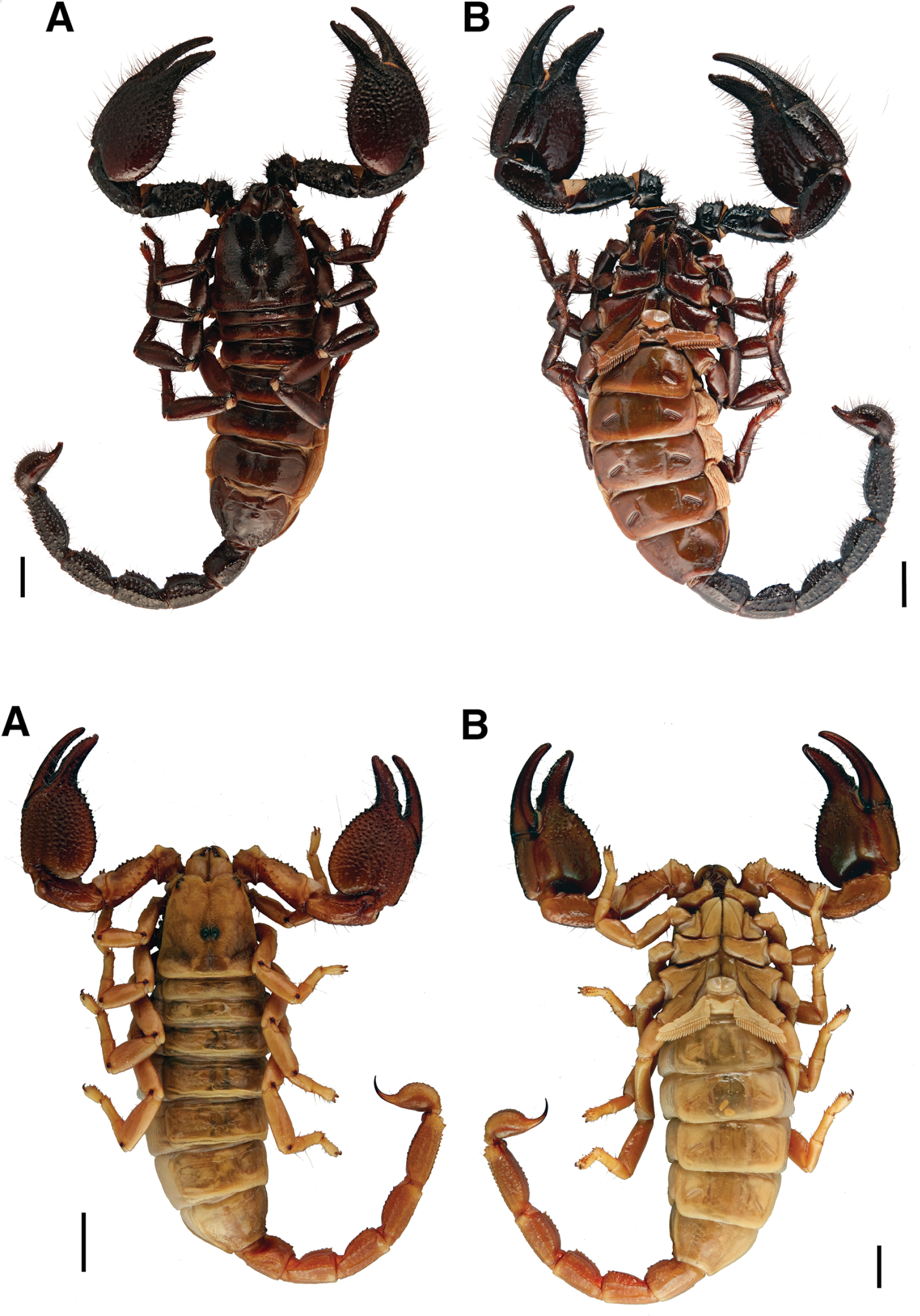