Caudal rami ( Figs 8C View FIGURE 8 , 9A–B View FIGURE 9 ) short, slightly longer than their greatest width (ventral view), conical, slightly divergent, with space between them about one ramus width; armed with seven armature elements (three lateral, one dorsal and three apical). Ornamentation consists of two spinules at base of distal lateral seta, one dorsal cuticular pore and posterior row of four or five spinules ventrally. Dorsal seta smooth, inserted near posterior margin and close to inner margin, about twice as long as caudal ramus, triarticulate at base. Proximal lateral seta about 0.7 times as long as dorsal one, arising somewhat dorsolaterally at about 2/5 of ramus length. Distal lateral seta smooth, arising at 3/4 of ramus length, 0.8 times as long as dorsal one. Inner apical seta smooth, about as long as ramus. Middle apical seta strongest, broken along breaking plane on both rami. Outer apical seta with breaking plane, ornamented with spinules on both margins.

Paragnaths ( Fig. 9F View FIGURE 9 ) ovoid, fused basally into bilobate labium; each ornamented with apical row of large spinules, one spinule on outer margin and longitudinal row of four large curved spinules at middle, close to inner margin, which continues into row of small spinules that almost reaches to apical margin, as well as some minute apical spinules on interlobal plate.

Maxilliped ( Fig. 9K View FIGURE 9 ) with well developed syncoxa ornamented with several minute spinules near inner distal corner and armed with single smooth seta subapically, 1.5 times as long as wide. Basis twice as long as wide and almost 1.4 times as long as syncoxa, unarmed and unornamented. Endopod represented by long and slightly curved claw, ornamented distally with row of spinules along concave side; with thin seta at base.

Intercoxal sclerite of all swimming legs with concave distal margin and without surface ornamentation. Praecoxae of all legs very short and unornamented. Coxa of third swimming leg ornamented with several minute spinules on anterior surface, that of other legs unornamented; all coxae unarmed. Basis of each leg ornamented with row of spinules near outer margin, that of first leg also with posterior row between rami and several small spinules near inner margin; first and second legs armed with short smooth spine, third and fourth legs with slender seta on outer margin (longest one on third leg); first leg with short stout spine on inner distal corner. All exopodal and endopodal segments ornamented with strong spinules along outer margin; some segments also with spinules along inner distal margin. All exopodal segments of about same length. First swimming leg ( Fig. 8D View FIGURE 8 ) with first endopodal segment about three times as long as wide and almost reaching to distal margin of second exopodal segment; endopod longer than exopod, reaching beyond distal margin of exopod for length of last endopodal segment. Endopod of second and third swimming legs ( Figs 8E–F View FIGURE 8 ) as long as first exopodal segment; endopod of fourth swimming leg ( Fig. 8G View FIGURE 8 ) half as long as first exopodal segment. Apical armature element(s) on first leg geniculate, pinnate on outer (concave) side and either plumose (innermost one on exopod) or smooth (all others) on inner side. Third exopodal segment of other legs with plumose inner apical seta and heterogeneously ornamented outer apical seta (plumose on inner margin, pinnate on outer; transitional stage between seta and spine). Inner element on second exopodal segment short and spiniform, while all outer exopodal spines strong and bipinnate. Apical endopodal element(s) of second to fourth legs slender and plumose, more than three times as long as segment, while inner seta short, bipinnate and spiniform.

Antennula ( Fig. 9M View FIGURE 9 ) long and slender, ten-segmented, not strongly geniculate, with geniculation between seventh and eighth segments, unornamented. Very long and broad aesthetasc present on apical acrothek of fifth segment (homologous to aesthetasc on fourth segment in female); one smaller aesthetasc on tenth segment fused basally to two apical setae. First two and last two segments similar to female. Setal formula: 1.10.6.1.6.1.2.1.4.7. Most setae smooth and slender; all setae without breaking plane; two setae on fifth segment and one each on sixth and seventh very short and unipinnate. Just four lateral setae on tenth segment and one seta on ninth segment biarticulating on basal part; all other setae uniarticulate.

Third swimming leg ( Fig. 9P View FIGURE 9 ) with outer apical element on endopod spiniform and bipinnate (not plumose) and much shorter than in female.

Variability. No important asymmetries or variablities were observed between the one male and one female collected and studied (other than sexually dimorphic characters).

Etymology. The species is named after the type locality, Yalleen Station, with the addition of the Latin suffix for place “- ensis ”. The specific name consequently is an adjective for place.

Remarks. As mentioned in the Remarks section for the previous species, Lucionitocrella yalleenensis gen. et sp. nov. differs from all other Stygonitocrella s. l. members by the plesiomorphic three outer armature elements of the third exopodal segment of the second leg. Other plesiomorphic features include the presence of an inner apical seta on the ultimate endopodal segment of the third leg ( Table 2, character 37), as well as distal inner seta on the endopod of the fourth leg (character 46), which it shares only with the Mexican Eduardonitocrella mexicana ( Suárez-Morales & Iliffe, 2005) comb. nov. (see S. mexicana in Table 2). However, the two species are not closely related and we have previously explained the nonhomologous nature of their endopodal armature elements of the third leg in the Remarks section for Gordanitocrella trajani gen. et sp. nov. (see above). The two species also differ in many other characters, including their armature pattern on the endopodal segment of the second and fourth legs (characters 26, 27, 28, 43, 44 & 46 in Tables 1 & 2), anal operculum (plesiomorphic in E. mexicana ), as well as reductions in the antennula, mandibula, maxilla and maxilliped in E. mexicana and in the antenna in L. yalleenensis .

In the species included in this study, an antennal exopod with only 1 seta was observed only in L. yalleenensis and Inermipes humphreysi Lee & Huys, 2002 , but it also occurs in the completely unrelated Abnitocrella halsei Karanovic, 2006 (see Karanovic, 2006), and some other taxa. It is interesting to note that while the armature of the fifth leg in L. yalleenensis is quite reduced, the leg itself is not fused to the somite. Thus, superficially similar fifth legs that are highly reduced in the genera Abnitocrella Karanovic, 2006 , Kimberleynitocrella gen. nov. and Lucionitocrella gen. nov. are in fact very different when examined more closely and especially when considering homologous armature elements and the nature and extent of reductions in their segmentation. However, closely related species in this branch of freshwater ameirids with differently reduced fifth legs indicated to us that this character (or this group of characters) is less relevant for reconstructing their phylogenetic relationships. That is why those characters were weighted less in our cladistic analysis. It seems that Lucionitocrella has no obvious autapomorphic features (or they are masked with homoplastic characters in other members), and it is placed on the cladogram as a sister group to all other Stygonitocrella s. l. species, except Kimberleynitocrella and Gordanitocrella gen. nov. The genus is well defined by a combination of plesiomorphic and apomorphic features. 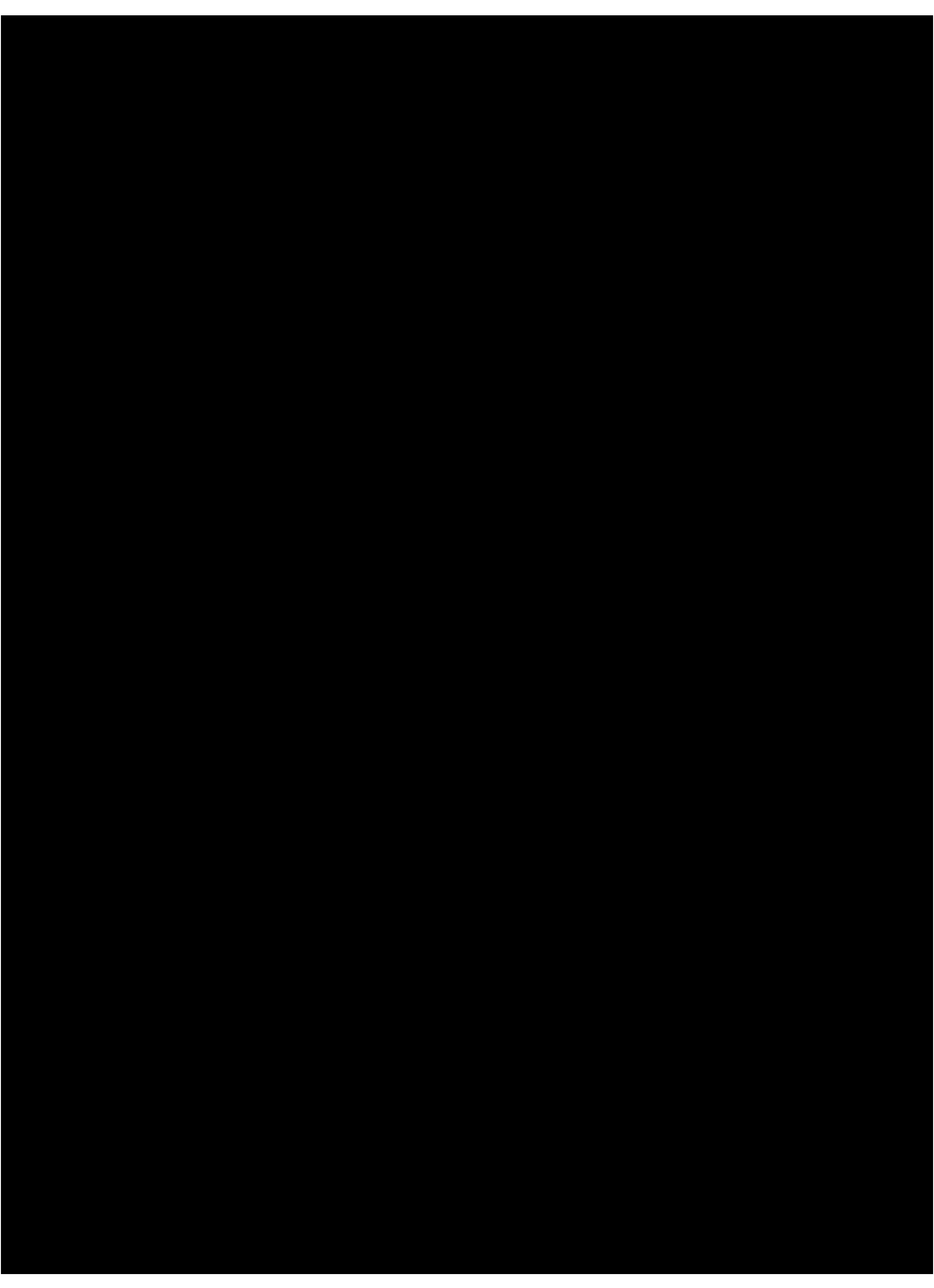 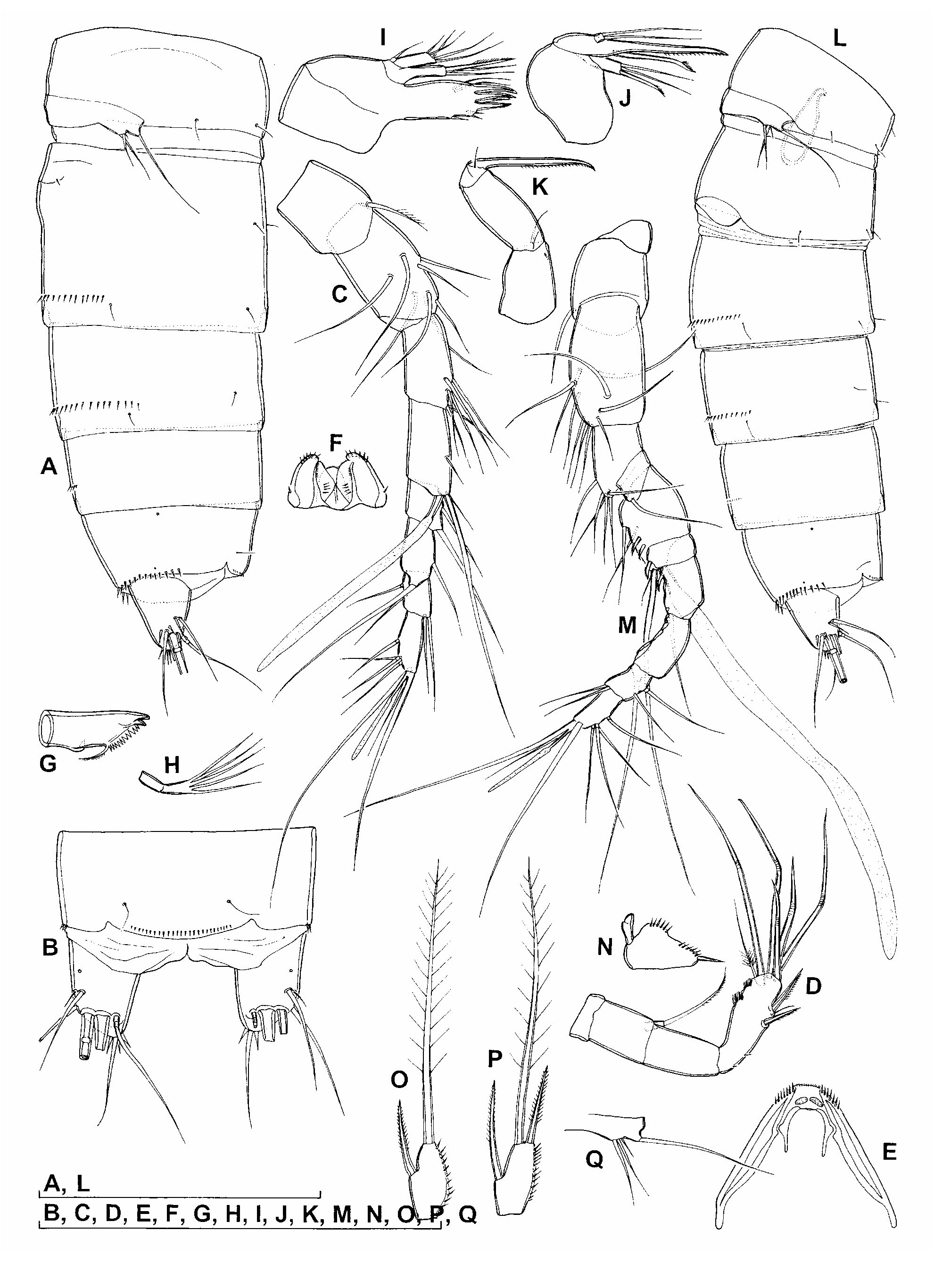