Diagnosis. Male. Pterydrias pondolandensis   is most similar to Pterydrias ruzickai (Batelka and Hájek)   in that it is comparatively large, nearly unicolorous, and possesses a posteriorly elongate head and relatively large genae which converge evenly to the occipital ridge in dorsal view. The two species also have very similarly proportioned apical maxillary palpomeres (palpomere IV being very slightly longer than the combined lengths of palpomeres II and III). However, P. pondolandensis   differs from P. ruzickai   in being significantly larger (4.0 mm long as opposed to 3.0 mm) and having comparatively more parallel-sided, elongate elytra as compared to the pronotum (approximately 5.2X in the former, 3.3X in the latter). Despite its general similarity to P. ruzickai   , the following is a differential description as compared to that of P. cattieni   above; the diagnosis-only description of P. ruzickai   , while permitting its characterization as a distinct species, is of little comparative use.

Etymology. The specific epithet is based on Pondoland, a coastal belt below the Great Escarpment and along the Indian Ocean in the Eastern Cape Province of South Africa and the former lands of the indigenous Pondo Kingdom (annexed by the colony in 1894). The region is known for, among other things, its considerable biotic diversity (a portion of the Maputaland-Pondoland-Albany biodiversity hotspot: Forest et al. 2007; Padayachee and Procheş 2016). We name this species after the region to highlight its importance and biological distinctiveness, and the need for its conservation.

Comments. Pterydrias pondolandensis   is known only from the holotype specimen described above. Due to the specimen being ventrally glued to a card, it is not possible to determine the presence or absence of abdominal setal patches as found in P. cattieni   .

KEY TO THE SPECIES OF ADULT MALES OF PTERYDRIAS REITTER   (revised from Batelka and Hájek 2009, 2010) 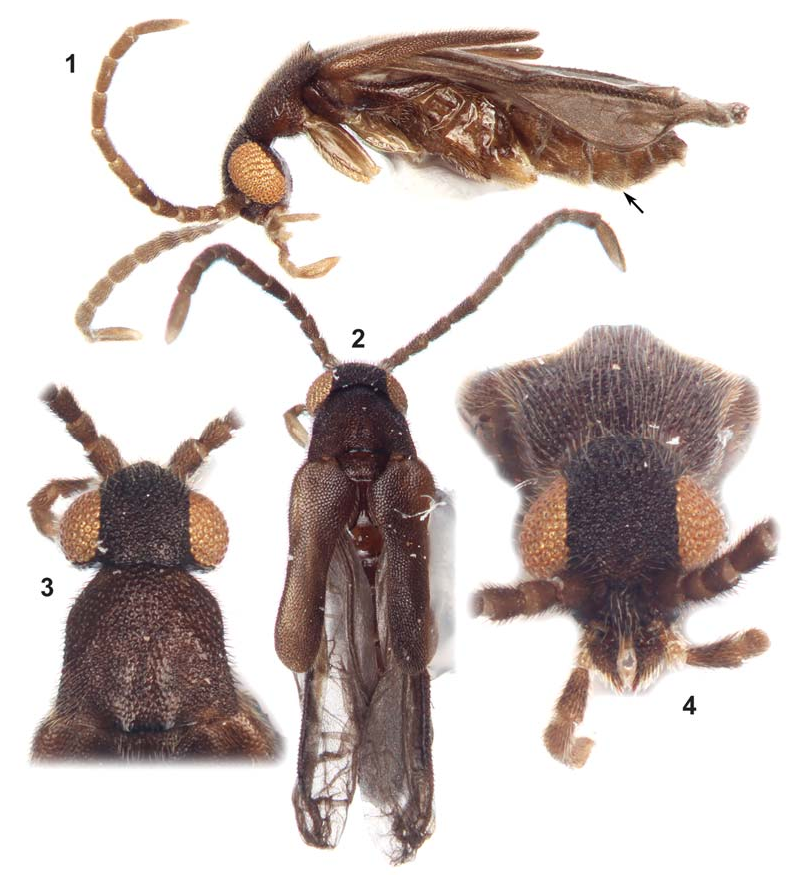