Etymology. Latin, flabellum   , a fan, used as a noun in apposition.

Kenozooids seen in transverse section at colony margin, 1–2 on abfrontal side of each autozooid ( Fig. 7A, C, F, I View FIGURE 7 ), with round to subtriangular rims. Interior surface ultrastructure as in autozooids. CT scans reveal kenozooids to be long, irregular structures descending behind or to the side of zooidal tubes ( Fig. 51B, D, E View FIGURE 51 ), occasionally communicating with neighbors via interzooidal pores, with more-numerous pseudopores to outer surface. Proximally, CT scans reveal kenozooidal chambers transition from elongate tubes to layers of squatter cushion- or amoeba-shapes ( Fig. 51A, B, F View FIGURE 51 ); each kenozooid communicating with neighbors above and below; those closer to outer surface with sparse pseudopores. Kenozooids also in axils between fascicle lobes.

Remarks. Orectopora flabellum   n. gen., n. sp. is represented in the Russian-sector collection by 14 specimens having varied size and maturity. The novel features of this taxon defy inclusion in a named family and have required some interpretation to describe and explain them, facilitated by light microscopy, with and without staining, plus SEM and micro-CT. The form of the ancestrular zooid is similar to that in Pandanipora   n. gen., and the initial colony form, comprising a short ascending series of zooids supporting an elevated structure, is reminiscent of that in Discantenna ( Gordon & Taylor, 2010)   . 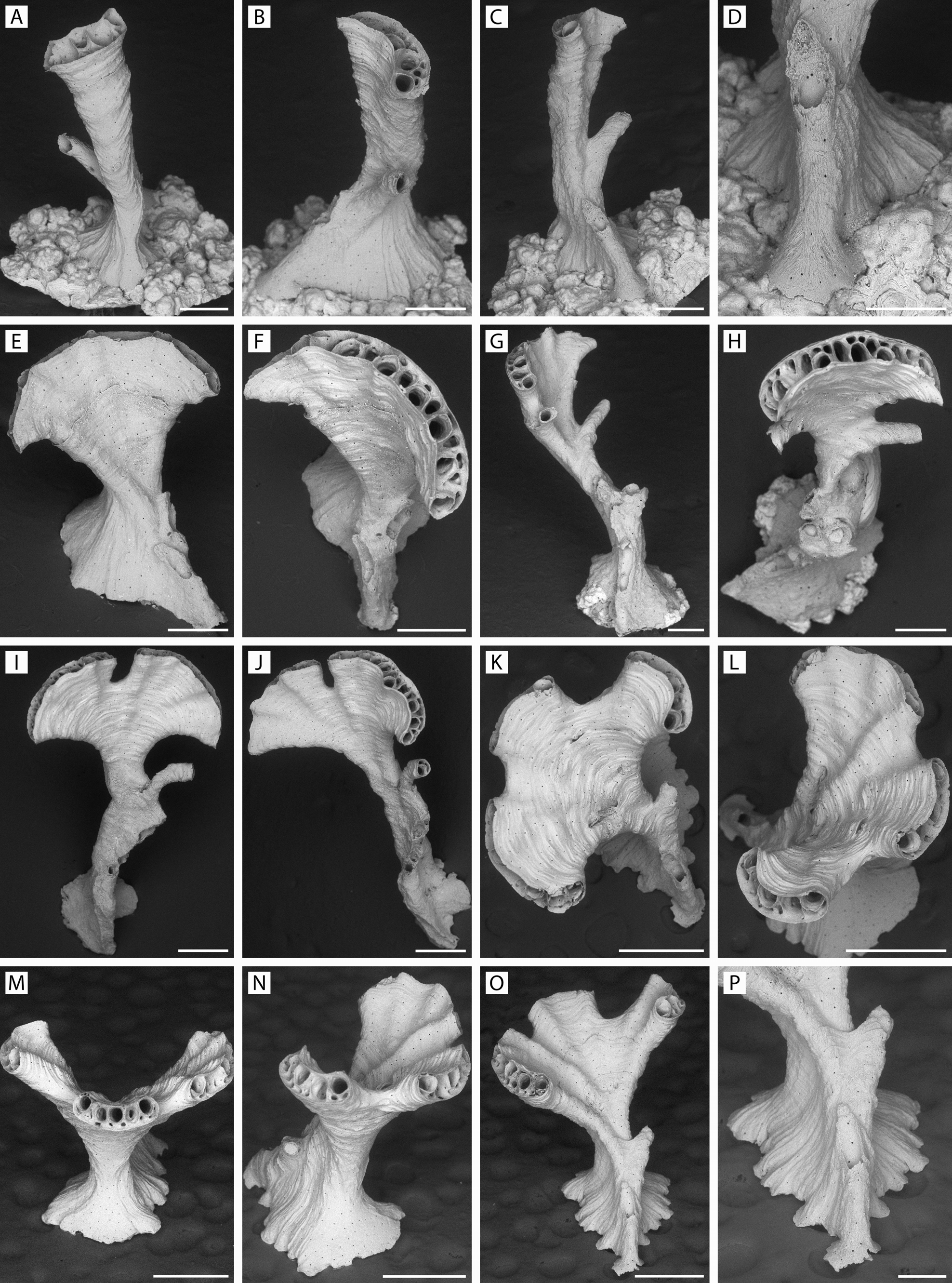 FIGURE 51. Orectopora flabellum n. gen., n. sp. Micro-CT scans of paratype, NIWA 127723, as back-face isosurface renders showing colony interiors. A, colony curvature in lateral view showing part of abfrontal (left) and frontal (right) surfaces; note large cluster of kenozooidal chambers at lower left, becoming longer distally and near autozooidal tubes; B, like A, but from opposite side, showing more of abfrontal surface; note pseudopore density; C, en face view of colony frontal surface, with only the part in the square shown as backface isosurface render; note the kenozooids in the interior angle between two-right-hand fascicles (lobes); D, E, abfrontal side of colony, with that in D showing differentiating tip of middle lobe; note elongate kenozooids on either side of or abfrontal to autozooidal tubes; F, close-up of part of A showing variability of kenozooidal chambers. Scale bars: 100 µm.