Etymology. Alluding to the first description of the genus in the Pacific Ocean.

Remarks. We follow Jebram (1986) in including Haywardozoidae   in superfamily Hislopioidea, and Reverter- Gil et al. (2016) concerning the emended spelling of the family name.

Our material conforms to the overall characters of the two described Atlantic species of Haywardozoon   , especially H. inarmatum   , which has a similar budding pattern and zooid shape, but from which it differs in details of the orifice. D’Hondt (1983) characterized the polypide of Haywardozoon   species as “minute … inhabiting only a very small portion of the zoecial cavity”, which is not the case in H. pacificum   n. sp. The CCZ colonies were found only on tubes of serpulid polychaetes attached to nodules. 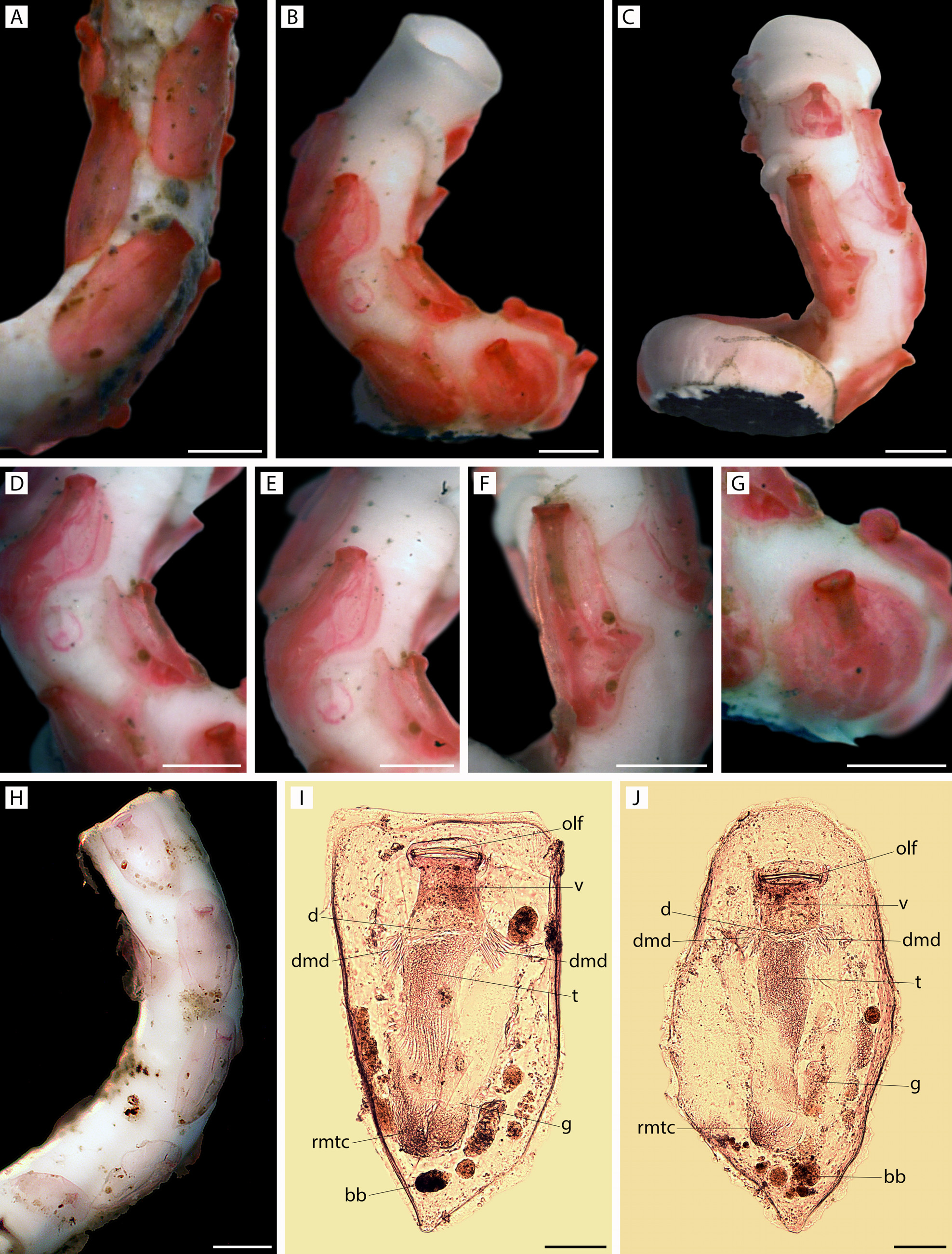