Diagnosis ( Table 1 View Table 1 ). Phyllocnistis tropaeolicola   differs from P. drimiphaga   and P. maxberryi   in its larger size, having a slender longitudinal fascia, valva that are ̴2.4× the length of the vinculum, and a single, band-shaped signa. The pupa of P. tropaeolicola   has conical frontal processes and dorsal abdominal spines on each segment are arranged in a V.

We found mines of an unidentified fungus gnat ( Diptera   : Mycetophilidae   ) at same site on the same plant. The mines, which usually occur several on a single leaf, are irregularly shaped blotch mines with dark-green frass scattered randomly within. The fly larva causes curling, drying, necrosis, and yellowing of the leaves, and was more abundant than P. tropaeolicola   mines. Several leaves were infested with both mycetophilid and P. tropaeolicola   larvae.

Host. Tropaeolum emarginatum Turcz   ( Tropaeolaceae   ) ( Fig. 1I View Figure 1 ). Tropaeolum   , the only genus recognized in Tropaeolaceae   , is Neotropical and contains approximately 90 species, many of which are found in Andean cloud forests ( Gentry 1996). Four species occur in Costa Rica, and T. emarginatum   is present on both the Atlantic and Pacific slopes between 700 and 3200 m ( Alfaro-Vindas 2003; INBio 2009). Outside Costa Rica, T. emarginatum   has been recorded from Chiapas, Mexico to Cotopaxi, Ecuador ( Missouri Botanical Garden 2009). The tenuous, soft, and succulent vines of T. emarginatum   are usually found in forest edges and disturbed areas, and the flowers are red to yellow orange ( Alfaro-Vindas 2003; Gentry 1996). Most of the leaves are between 5 and 8 cm wide ( KN, pers. obs.). 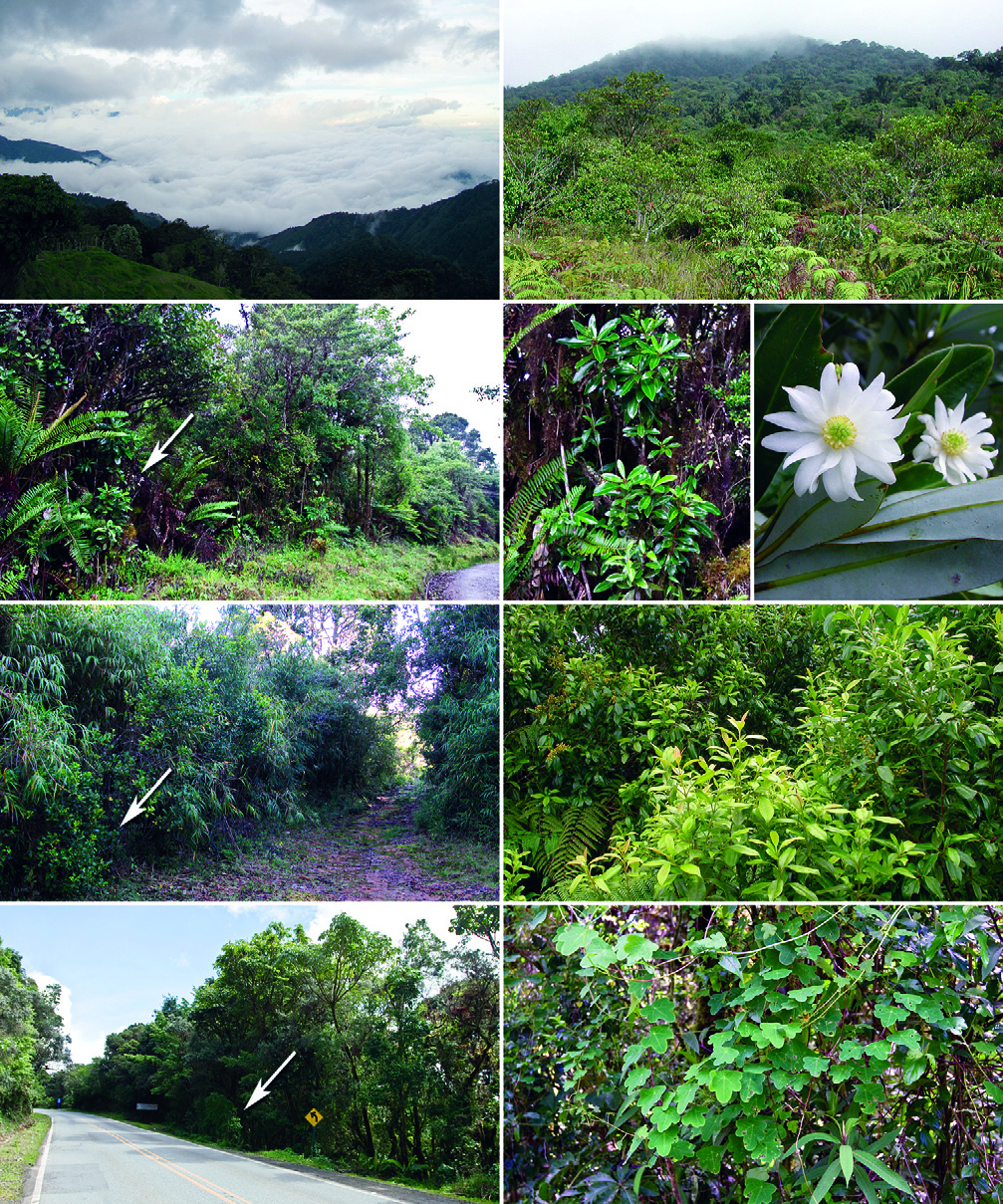 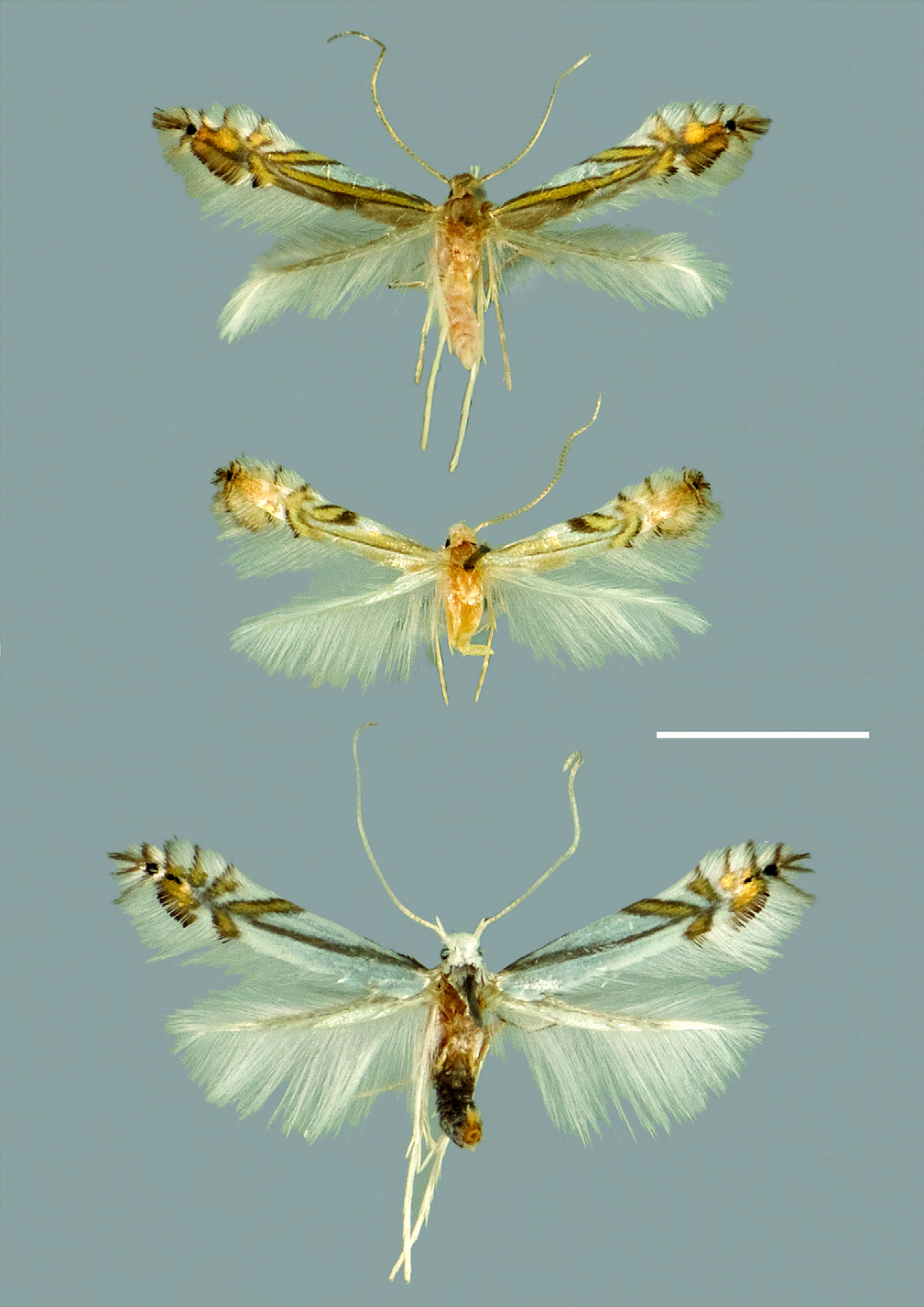 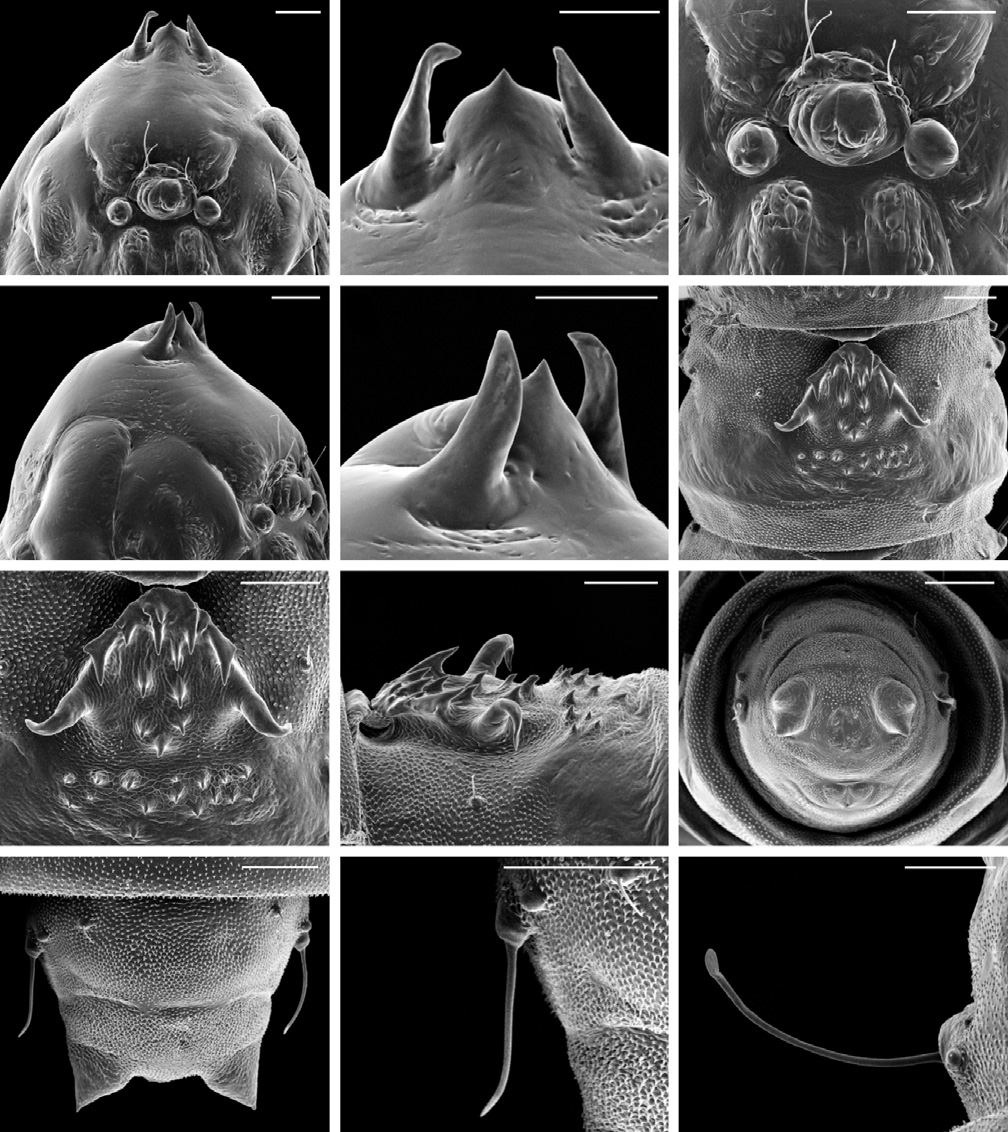