The genitalia of Silvatares laetae Ngirinshuti & Johanson   sp. nov. resemble those of S. excelsus (Navás, 1931)   , particularly due to the presence of large median lobes of tergum X that are curved downwards, and the inferior appendages consisting of two prominent lobes which both curve inwards in ventral view. The new species is distinguished from S. excelsus   by the presence of a wide mouth-like incision ventrally on the tip of the median lobes of tergum X, segment IX which is produced into a pair of triangular and posteriorly pointing lateral lobes, and the presence of a pair of longer needle-like processes originating from the apex of the phallus. In addition, S. laetae Ngirinshuti & Johanson   sp. nov. has sword-shaped megasetae on tergum X that are absent in S. excelsus   .

Laetae, named after Dr Laetitia Nyinawamwiza in recognition of her contribution to supporting young Rwandan academicians interested in research on aquatic biota. 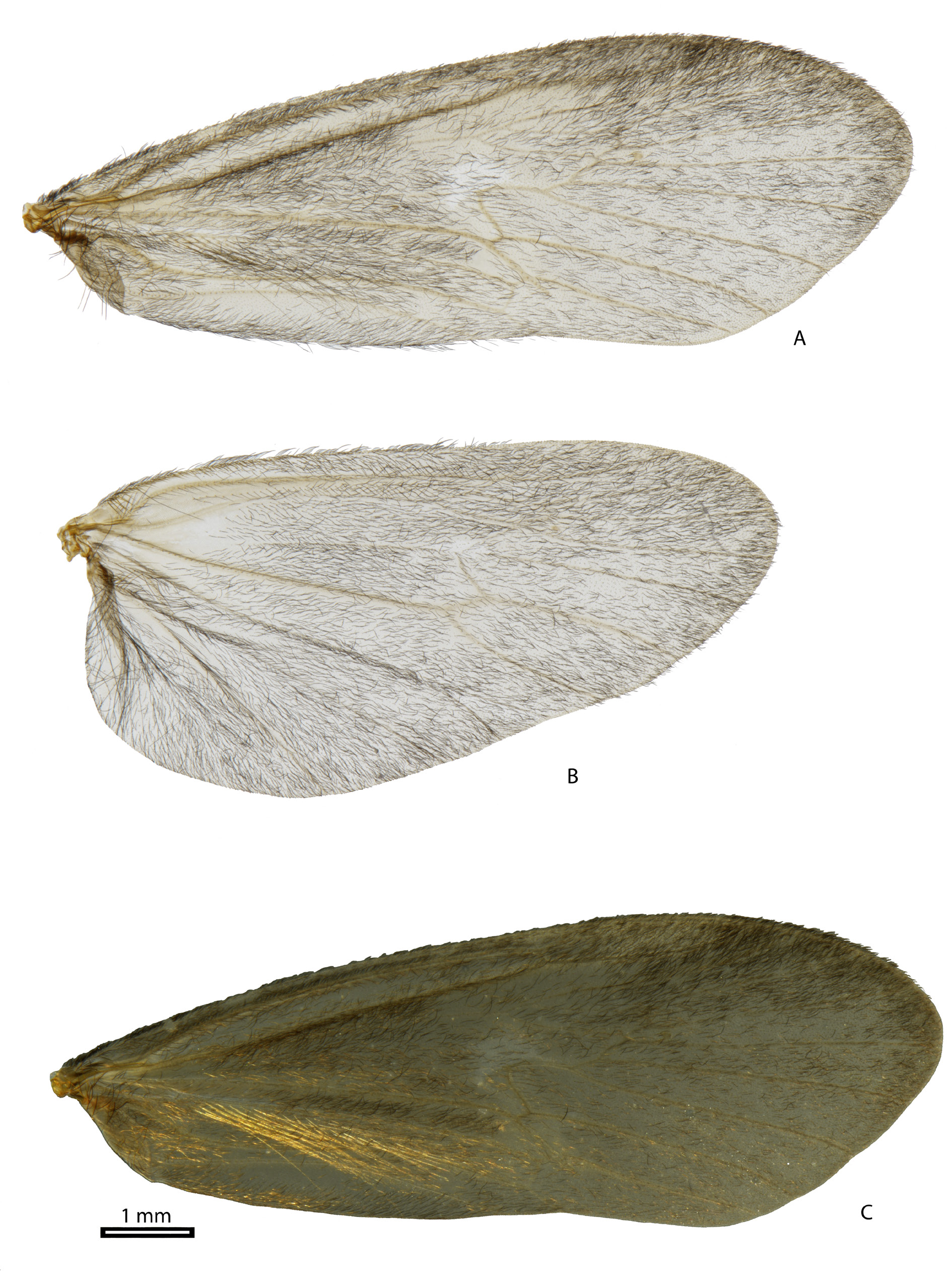 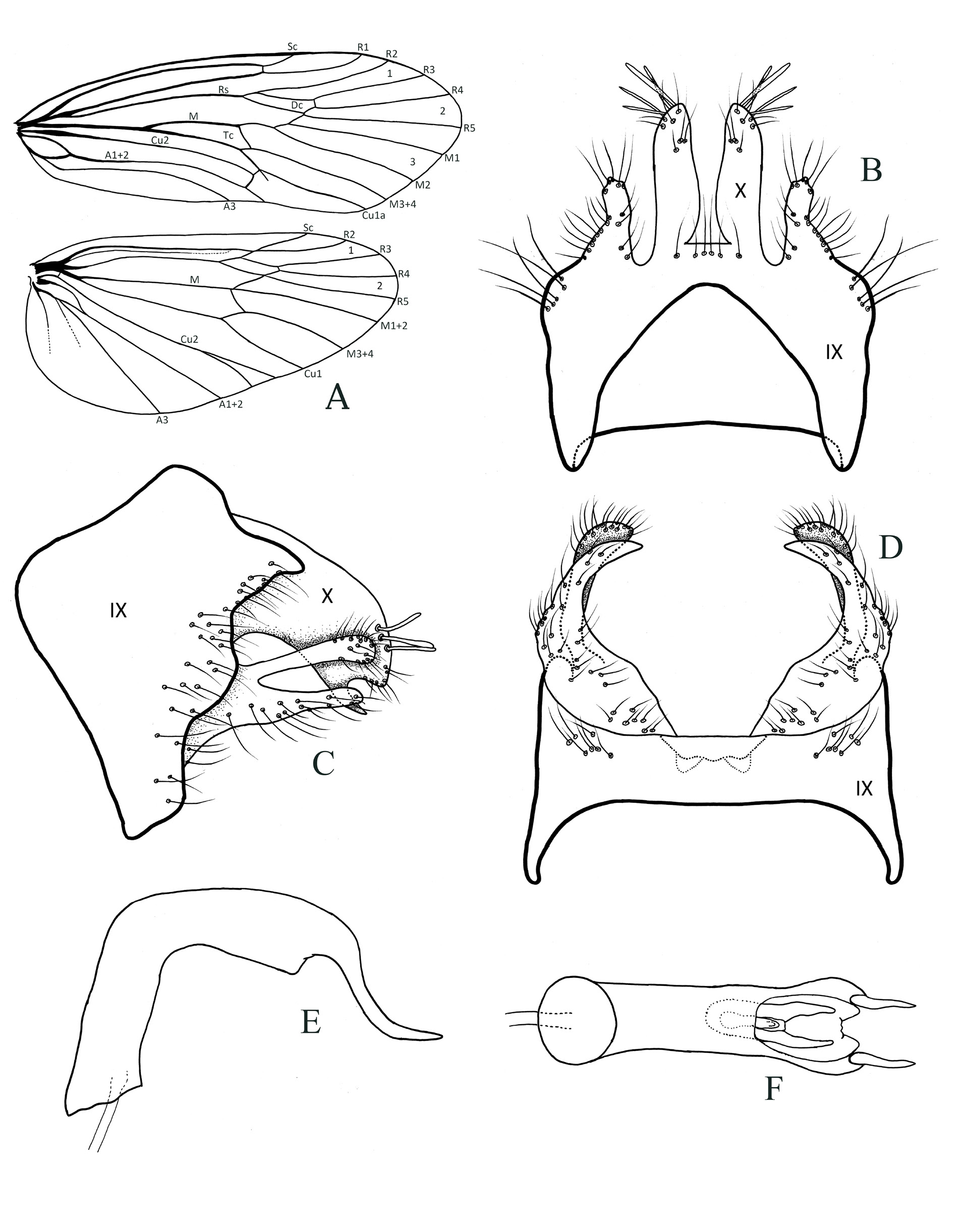