Diagnosis: Anterolateral angle rounded and with denticles, projected forward up to level of tip of pseudorostrum. Lower lateral carina running backwards from the anterolateral angle, turning up to meet the upper carina and not reaching the lower hind margin of the carapace. Uropod endopod 1-articulate with a single cuspidate seta terminally.

Description: Preadult female 5.5 mm total length. Carapace ( Fig. 18A View Figure 18 ) about one-third total length, with a mid-dorsal and two pairs of lateral carinae; upper carina runs backwards sinuously from the pseudorostral lobes; lower carina more sharper than the upper, running backwards from the anterolateral angle, interrupted near the end of carapace and turned up to meet the upper carina surrounding a large lateral sulcus; however, the distal end of this lower carina still persists at the postero-lateral angle and is produced backwards to form a subtriangular lobe; hind end raised into a middorsal hump. Integument rugose, covered by small rounded tubercles. Pseudorostral lobes slightly upturned, meeting in front of the eyelobe. Eyelobe rounded, without lenses. Antennal notch deep, anterolateral angle rounded and with denticles, produced forward up to the tip of pseudorostrum level.

Etymology: Referring to the Pacific Ocean where the specimens were collected.

Remarks: The genus Apocuma   was only known from a single species, Apocuma brasiliensis Jones, 1973   , collected from the Atlantic Ocean. Petrescu (2004) described a novel species, A. poorei   , from Australian water and he transferred Cumellopsis australiense Hale, 1949   to this genus. Apocuma poorei   is the only one of the three species with a large lateral sulcus. However, A. pacificum   differs from it because the pereon and the pleon lack a double dorsal keel, the uropod peduncle does not have a strongly serrate margin, the terminal seta of the rami are not fused and the anterolateral angle is not acute but rounded. 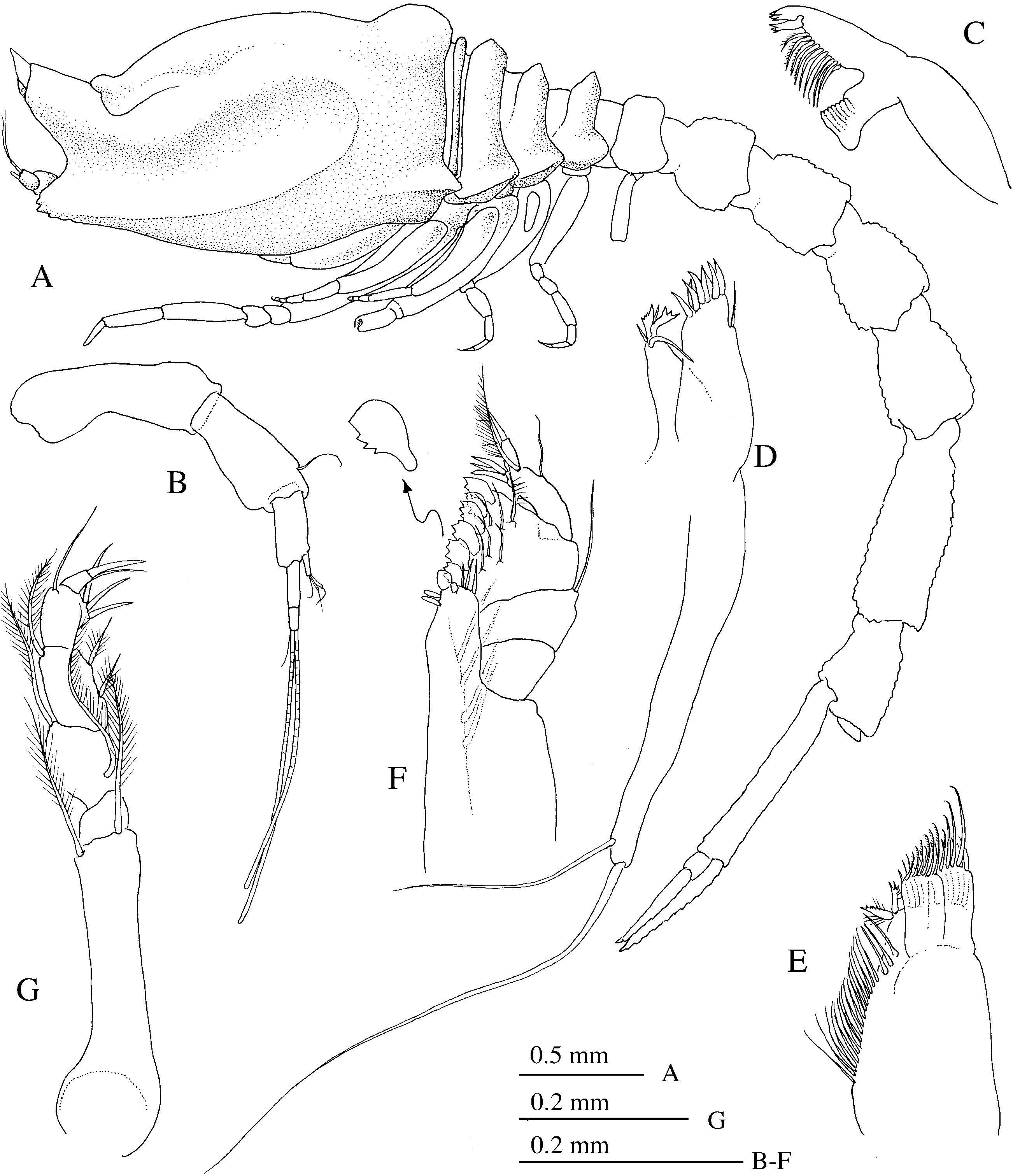 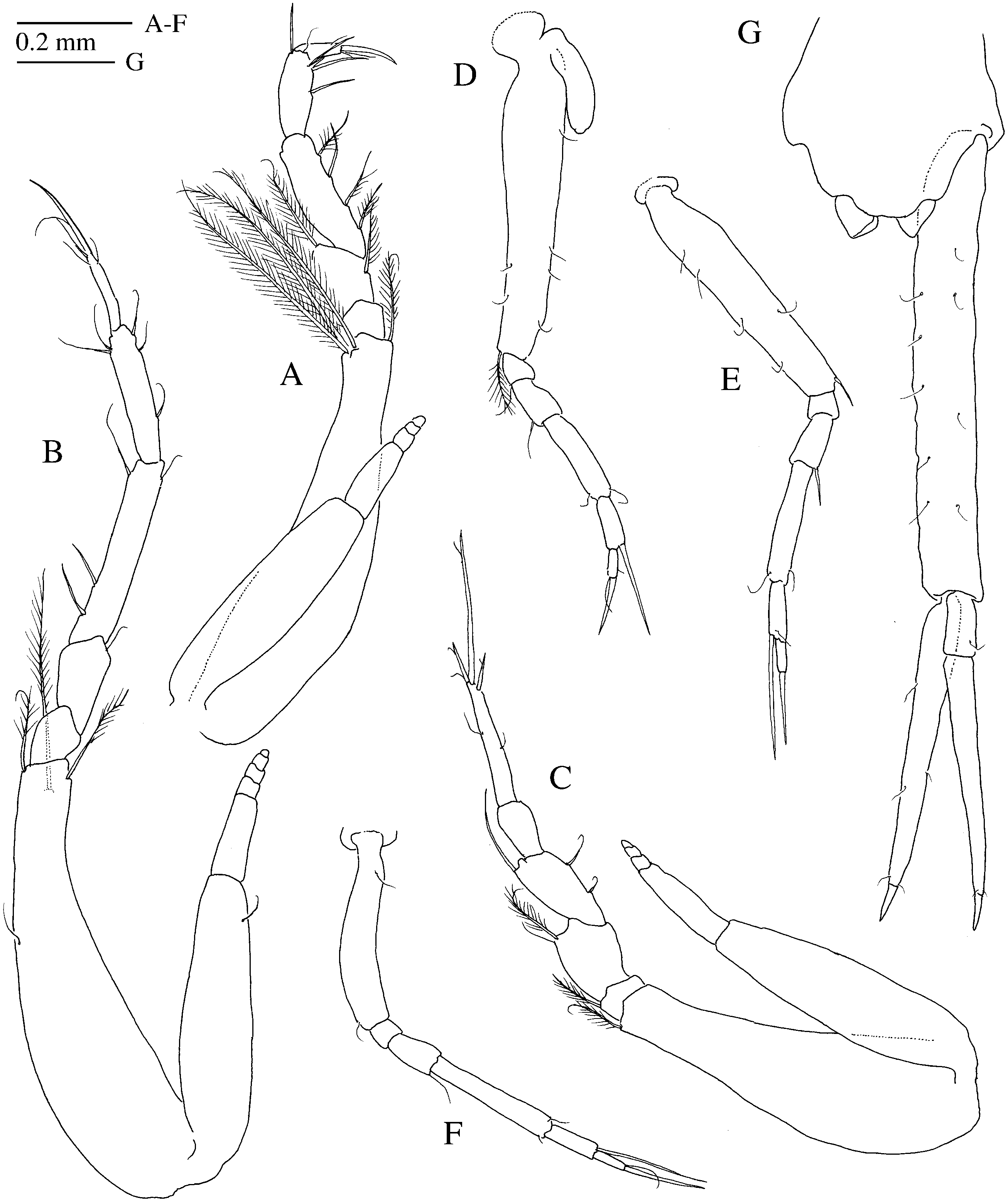