Remarks. Unfortunately, the specimens of L. weidneri   at the Hamburg Museum were too old (60 years preserved in 70% alcohol) and the chaetotaxy was not visible in the slides prepared by us. The only chaetotacic characters visible (in a few of these slides) were parts of the dorsal head macrochaetotaxy, and A 3 is not a macrochaeta (as in Fig. 5 View FIGURES 4–5 ).

Discussion. Based on the original description of L. weidneri   (see Hüther 1971: Fig. 4 View FIGURES 4–5 ), the presence or absence of dorsal cephalic macrochaeta A 3 cannot be argued with certainty. Subsequent publications ( Rusek 1985, Traser 2000, Mateos 2008, Winkler & Traser 2012) suggested that this macrochaeta is present, but after revising ancien specimens of this species from the type locality, we can draw the conclusion that L. weidneri   lacks the dorsal cephalic macrochaeta A 3 and its dorsal head macrochaetae formula can therefore be described as A 0 A 2a A 2 S 3 Pa 5. 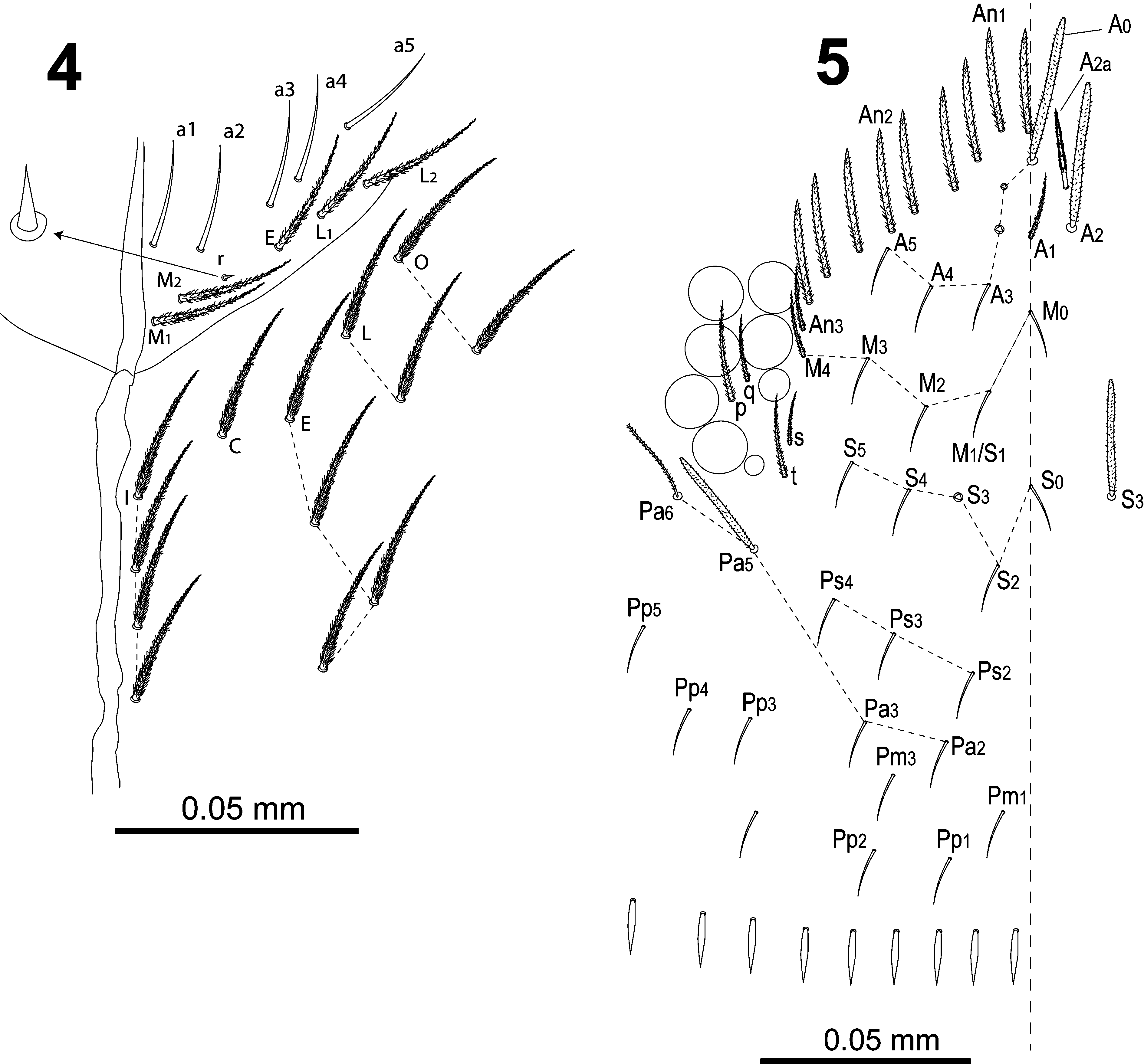