Etymology. The species is named after Prof. Glenda Wardle in recognition of her contributions to desert ecology.

Although the sexes were collected 2 years apart, both were found on the same flower at sites separated by about 3 km, each time when the areas were recovering from recent fire. Given the many morphological similarities, but especially the similar mandibles there can be little doubt that they belong to the same species. During the second collection event, flowers were examined for evidence of bud damage, but none was observed. 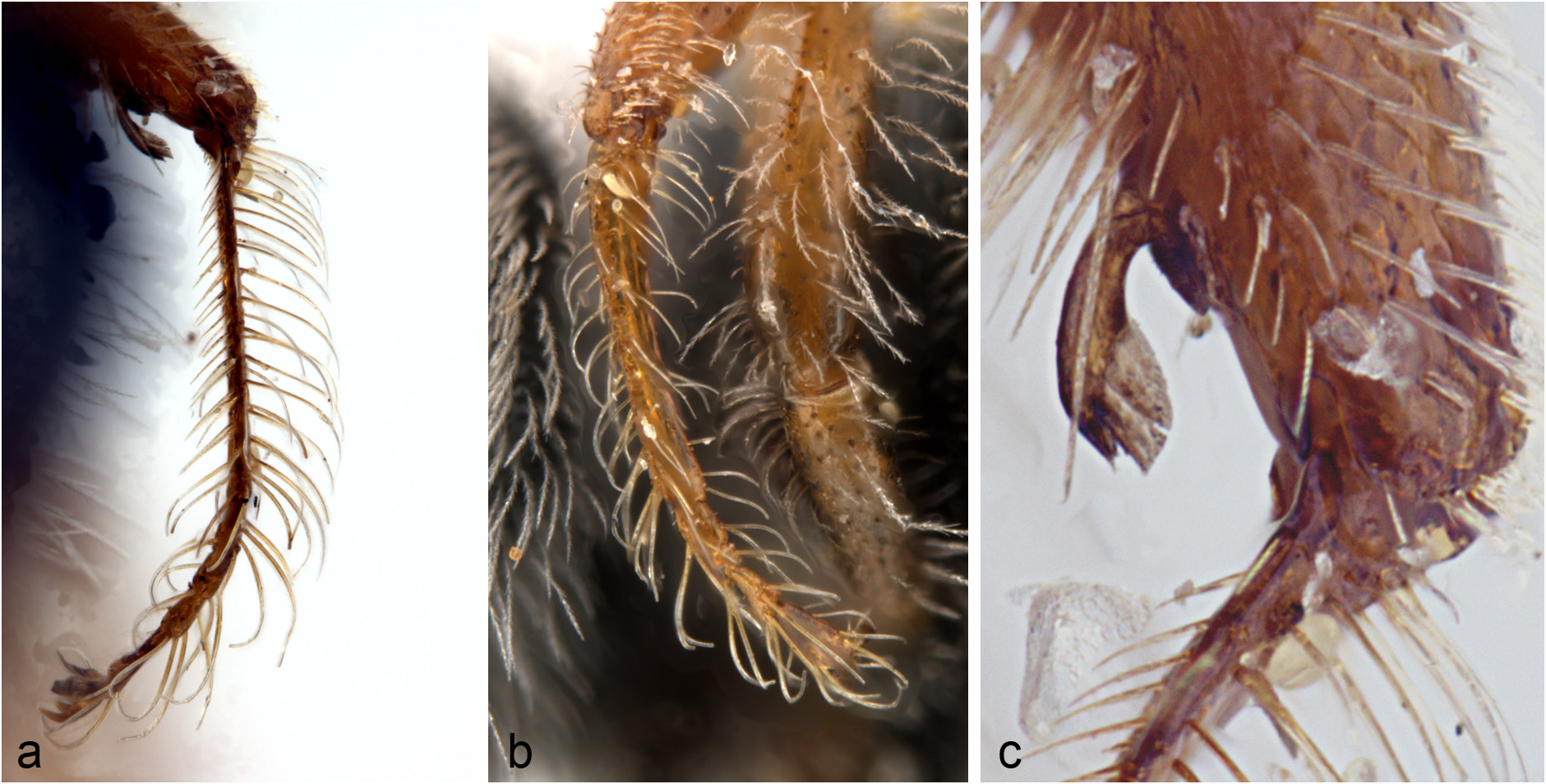