Diagnosis. The new species is the sister-species of A. alni   ( Figs. 3–6 View FIGURES 1–6 , 8, 10 View FIGURES 7–10 ). It differs from the former by larger size, somewhat narrower and longer forewing, intensive ash-grey ground colour of forewing (pale brown grey in A. alni   ), more intensive and wider dark brown streaks, dark area between orbicular and reniform, shape of orbicular and indistinct subterminal line. In male genitalia it differs by broader valva, stronger and more massive distal extension of sacculus and arming of vesica; the female differs by longer and somewhat wider ductus bursae and longer cervix bursae.

Etymology. The species is dedicated to the Naxi-Zu nation of the mountains of Northwest Yunnan.

Distribution ( Fig. 31 View FIGURES 31–32 ). The species is known only from the type locality – Lijiang area in Yunnan Prov. of China. The moths were collected in the vicinity of Wanlong village, in July at an elevation of 2300 m in montane plateau with elements of broad-leaved vegetation, plum and apricot gardens, surrounded by montane forest with Pinus yunnana   . 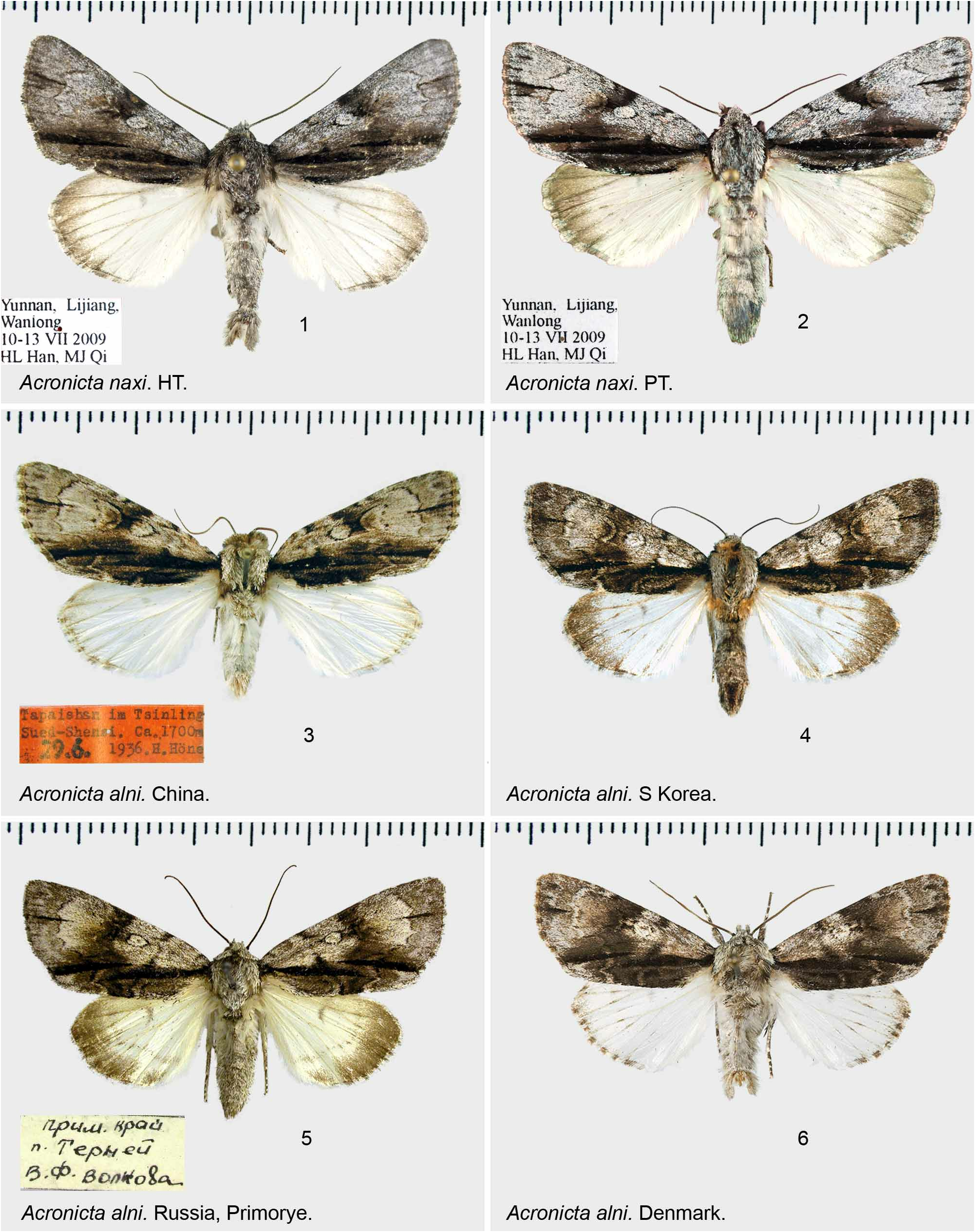 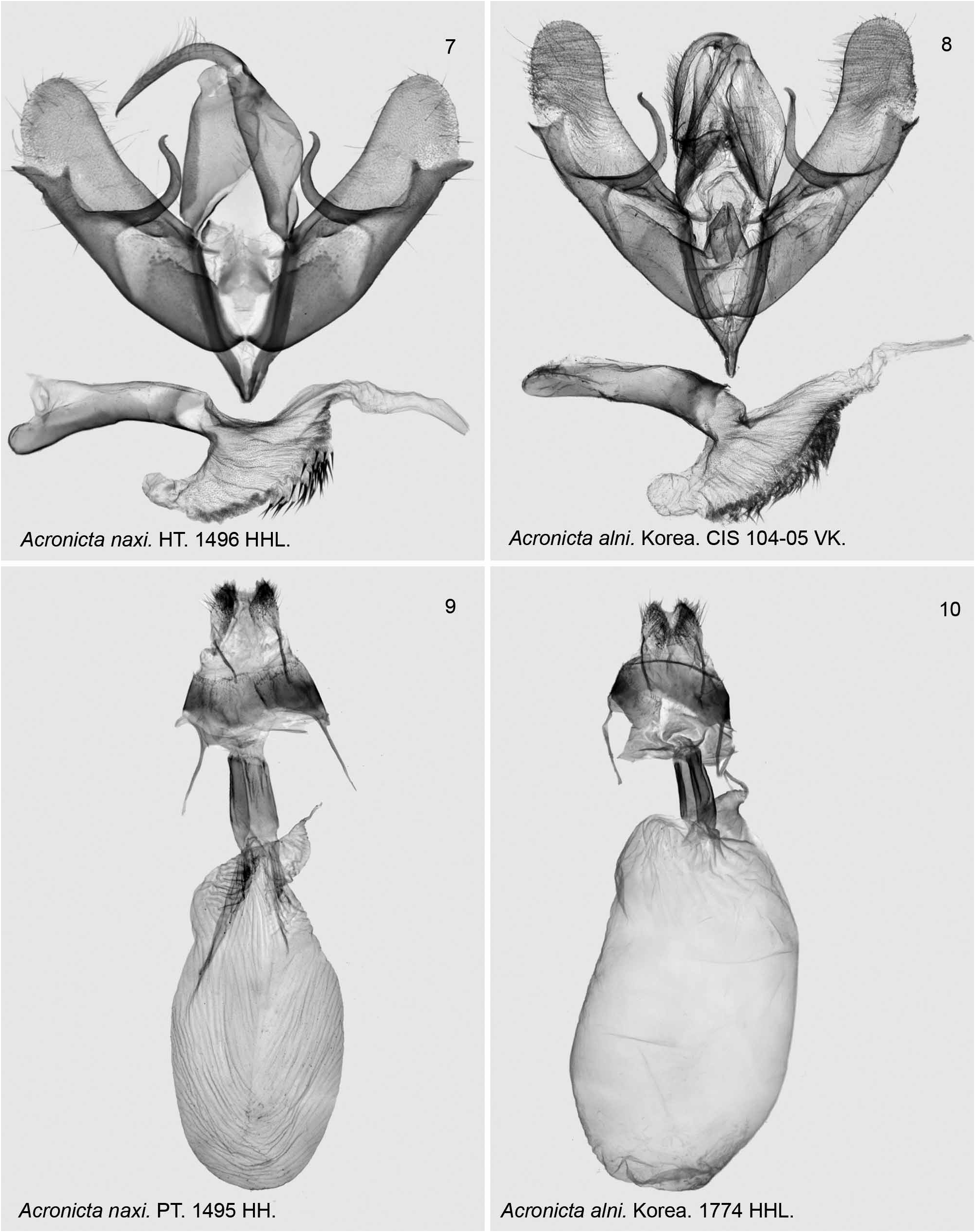 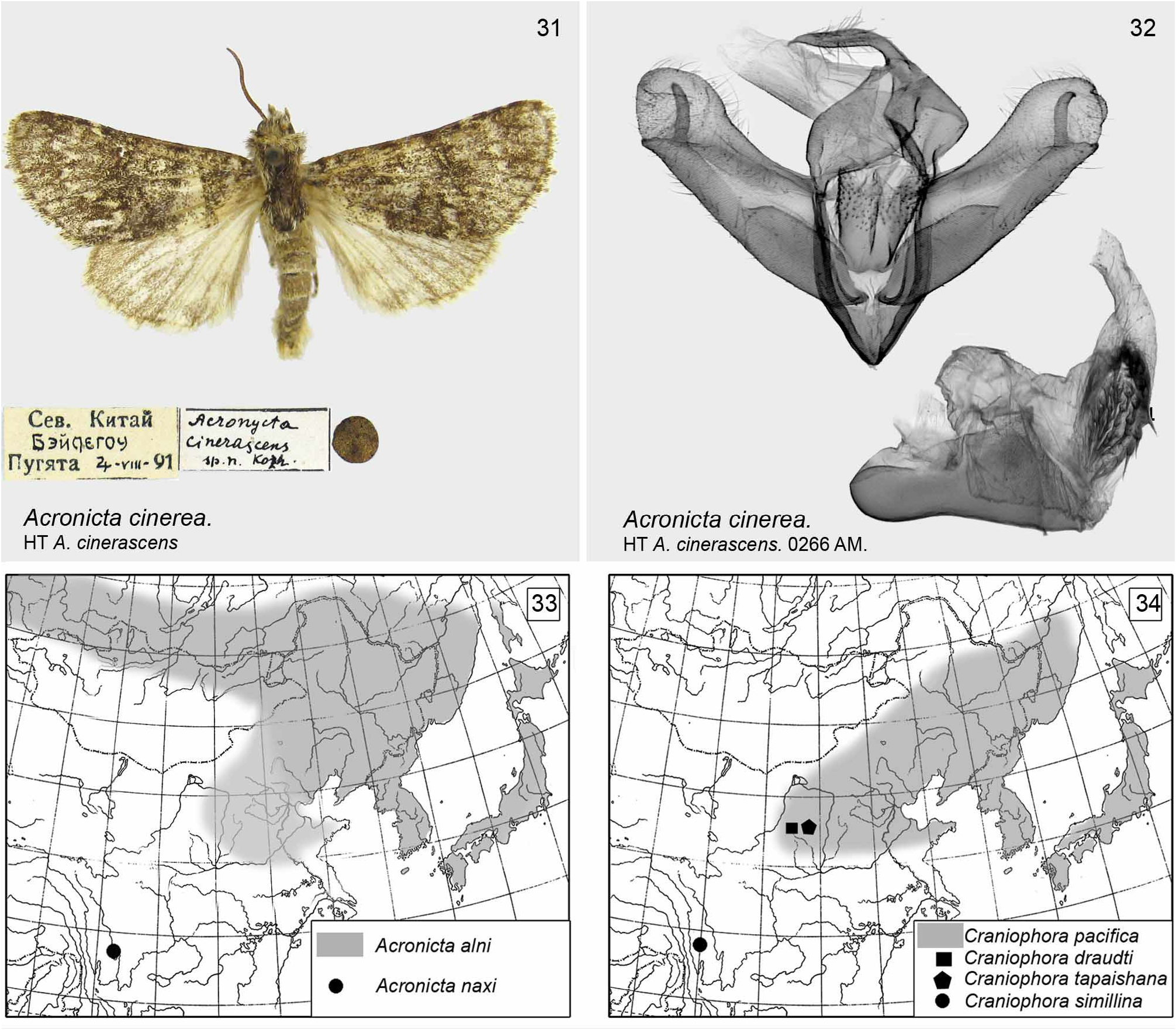