Derivation of specific epithet: From the Greek paragogos, meaning misleading, in reference to my original misplacement of the species based on the superficial similar appearance with Austronecta   gen. nov.

Discussion: General facies of the species is similar to Austronecta   , however, the male pala is diagnostic, as are the the sternal process of abdominal segment VII and the free lobe of abdominal tergite VIII. Further, the genitalia of M. paragoga   are similar in form to those of the M. annae   species group, including the apical scales of the left paramere and general form of the right paramere. The species is likely only to be confused with taxa of Austronecta   , however, it is readily separated by the discussed characters. 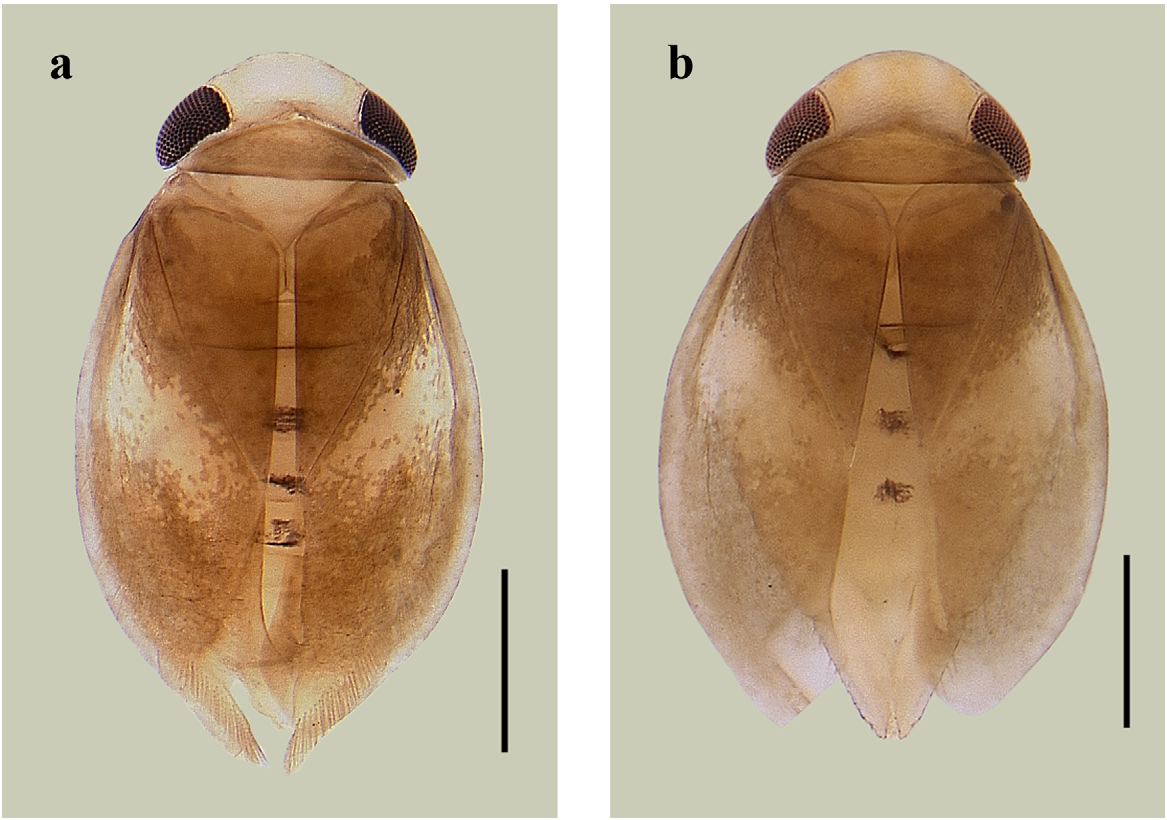 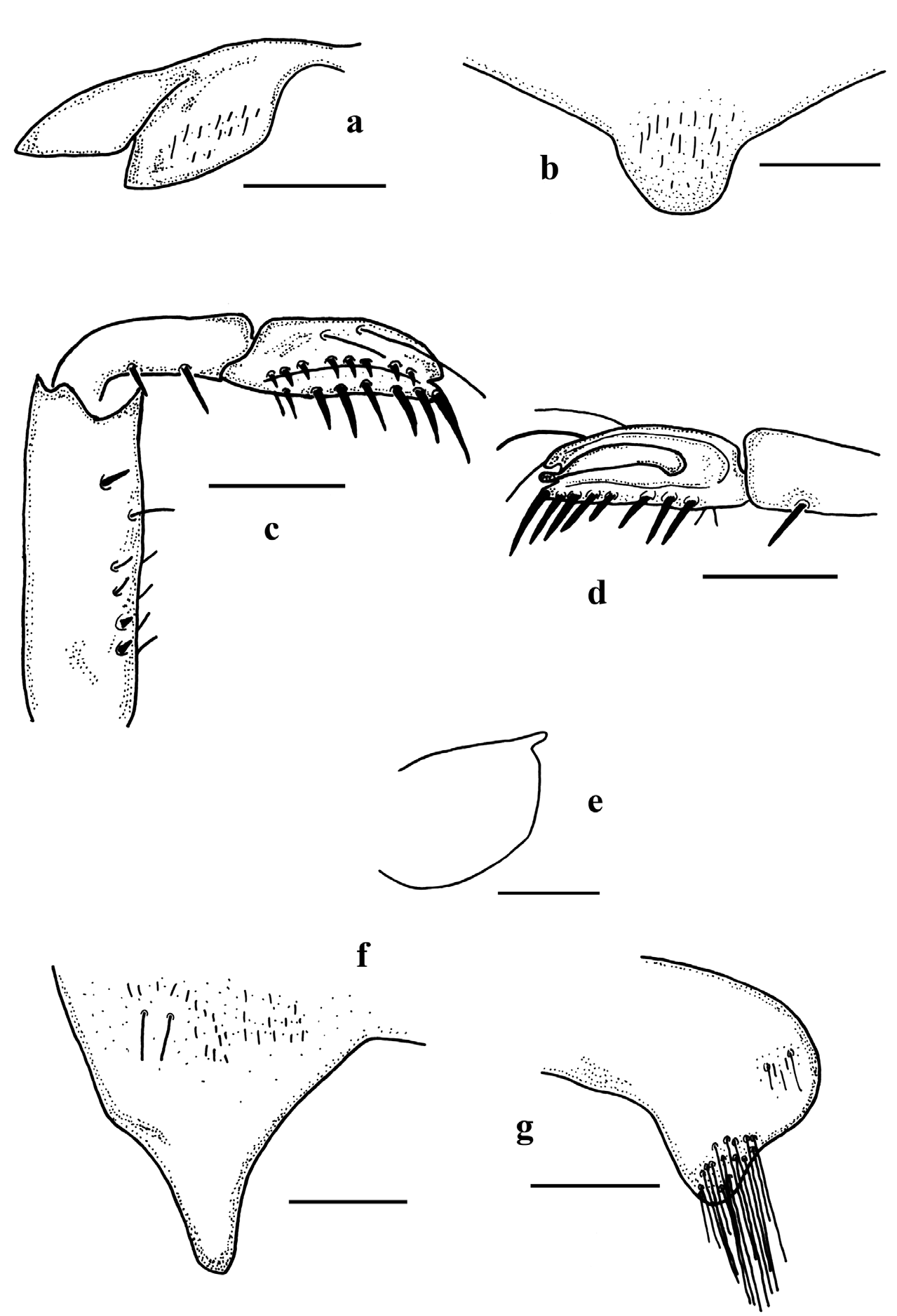 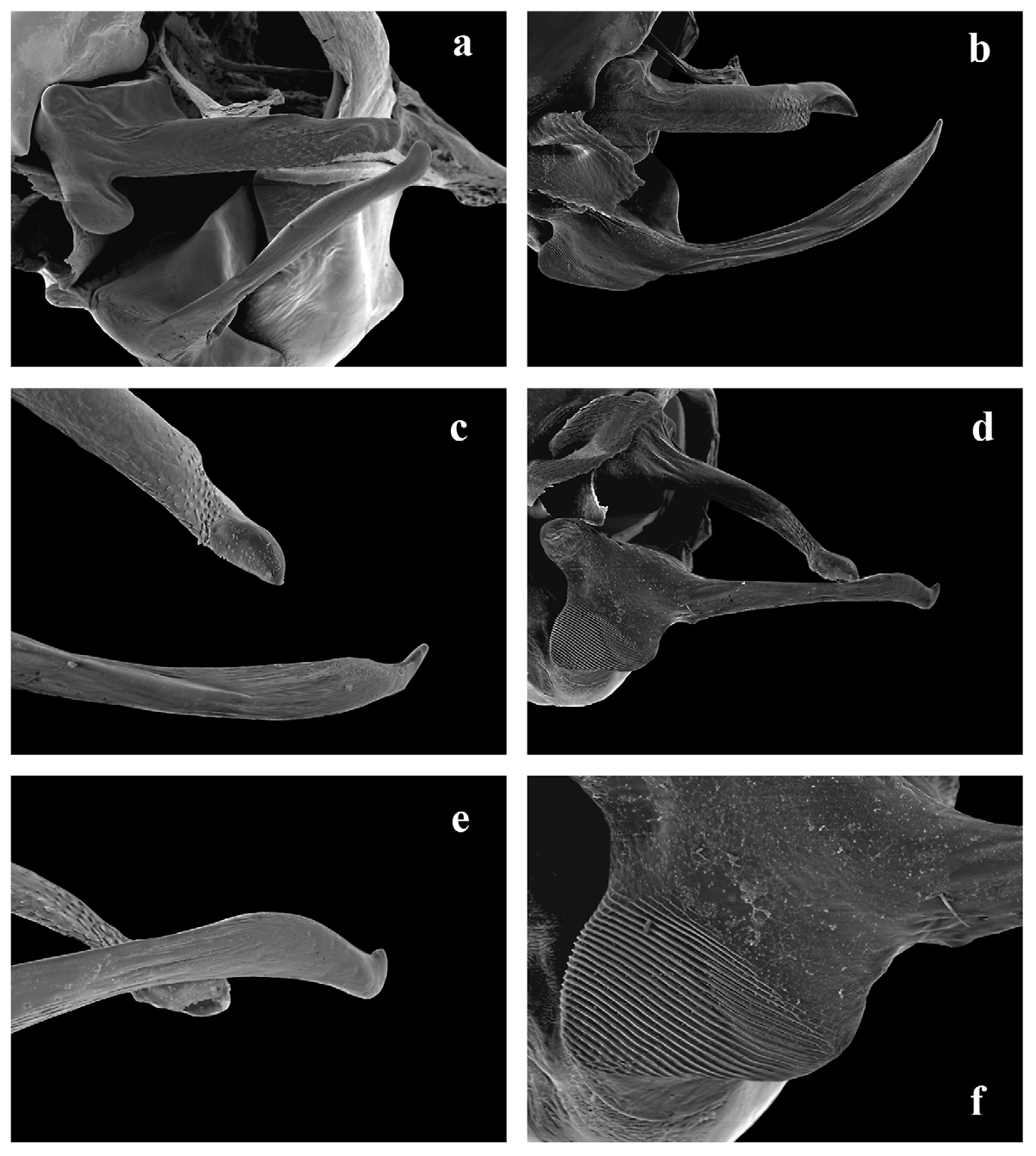 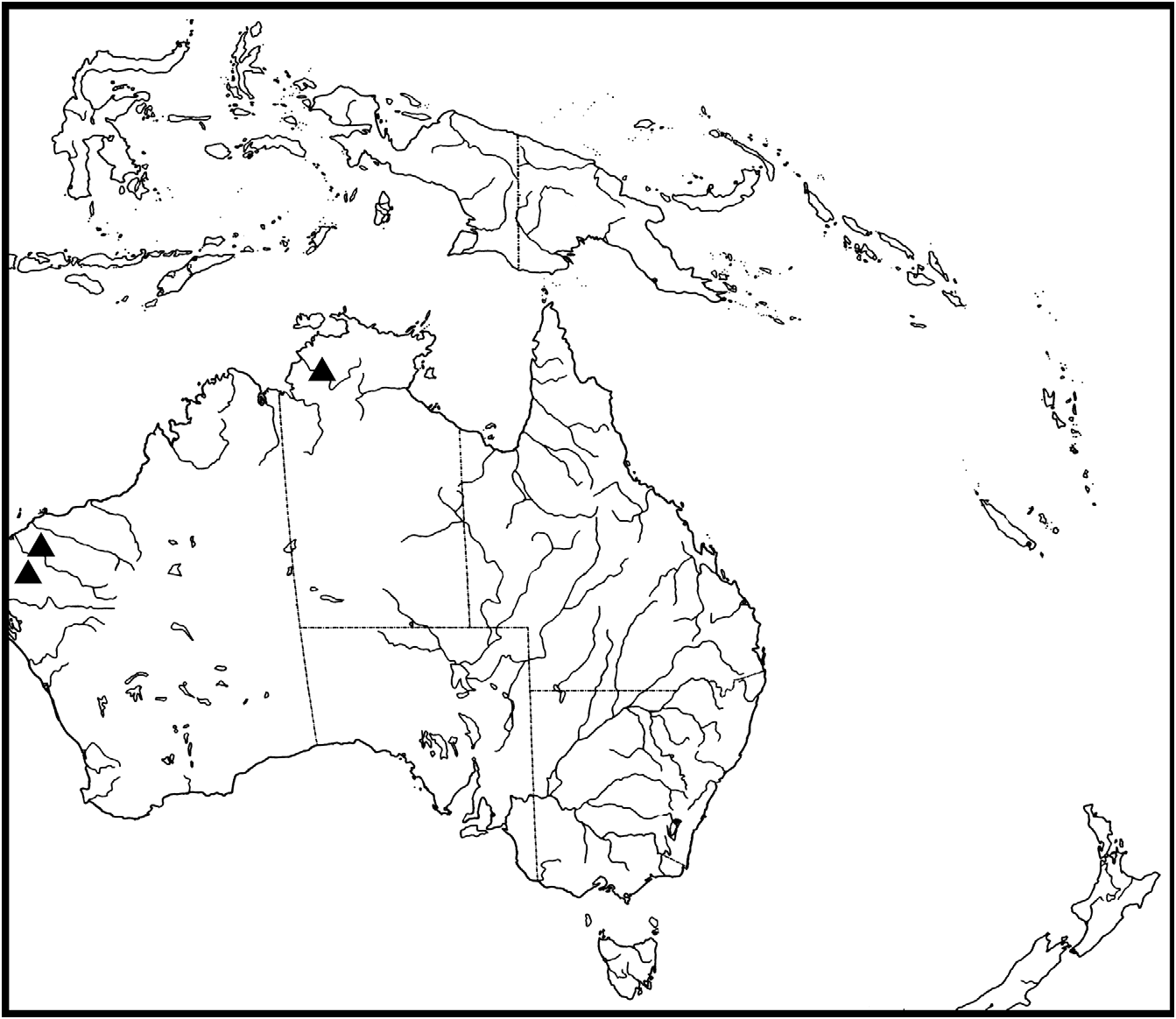