Derivation of specific epithet: Named by Wróblewski honoring Tasmania, where the type series was collected   .

Notes on type material: Wróblewski (1977) described Micronecta tasmanica   from at least 274 specimens, however, he did not designate any type material. I was able to examine most specimens listed by Wróblewski in his original description [retained at ANIC], and from this material I designate the lectotype: (♂): “ Tasmania: Bronte Lagoon , ex trout guts, Dec. 1971. R. Beecroft ”. The lectotype is conserved in ANIC   .

Distribution and Habitat: AUSTRALIA: Tasmania, Victoria. The species is common throughout Tasmania, being collected from both lentic and lotic habitats. Exemplars have also been recovered from trout stomachs ( Wróblewski 1977, and see below). In Tasmania, I collected the species in association with Micronecta robusta   , from a small, deep pond near a monoculture of Pinus radiata   (monterey pine), and also from a boggy wooded swamp.

Discussion: A very distinct species, easily recognized by general facies and the distinct male genitalia. Contrary to Wróblewski’s (1977) comments on the species, M. tasmanica   differs considerably from M. annae   , not only in general habitus, but in all other examined characters. The stability seen in the general facies of M. tasmanica   is quite remarkable, when compared to other species of the M. annae   species group. The only variability seen was between lighter and darker forms (general ground color) of the species. All other morphology characters examined, including the unique form of the male left paramere ( Figs. 40a–c View FIGURE 40 ) and the characteristic ‘goose head’ shape of the apex of the right paramere ( Figs. 40d–e View FIGURE 40 ), were quite constant throughout numerous samples examined from Tasmania and Victoria.

Wróblewski (1977) noted examining only brachypterous forms, stating the mesothoracic wings were only slightly shorter than the hemelytra and wing muscles were highly reduced. All specimens examined during this writing were macropterous with fully developed mesothoracic wings and no indication of reduced flight muscles. 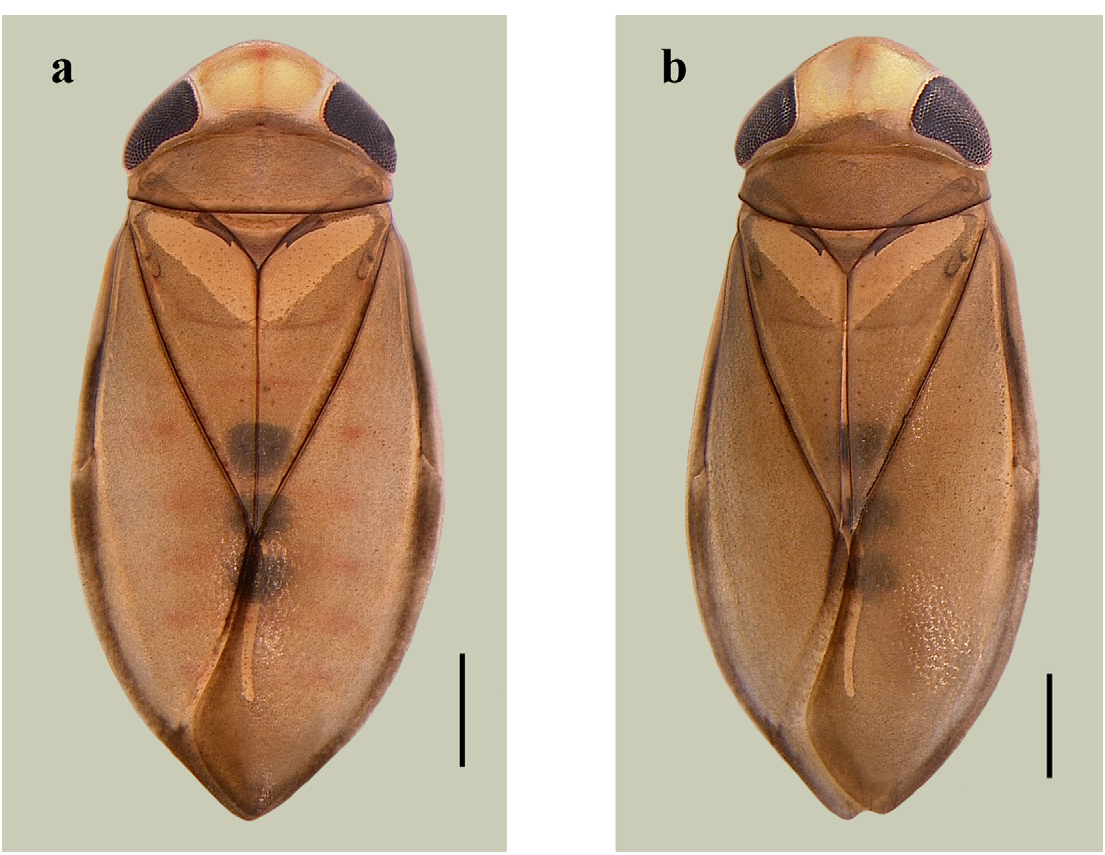 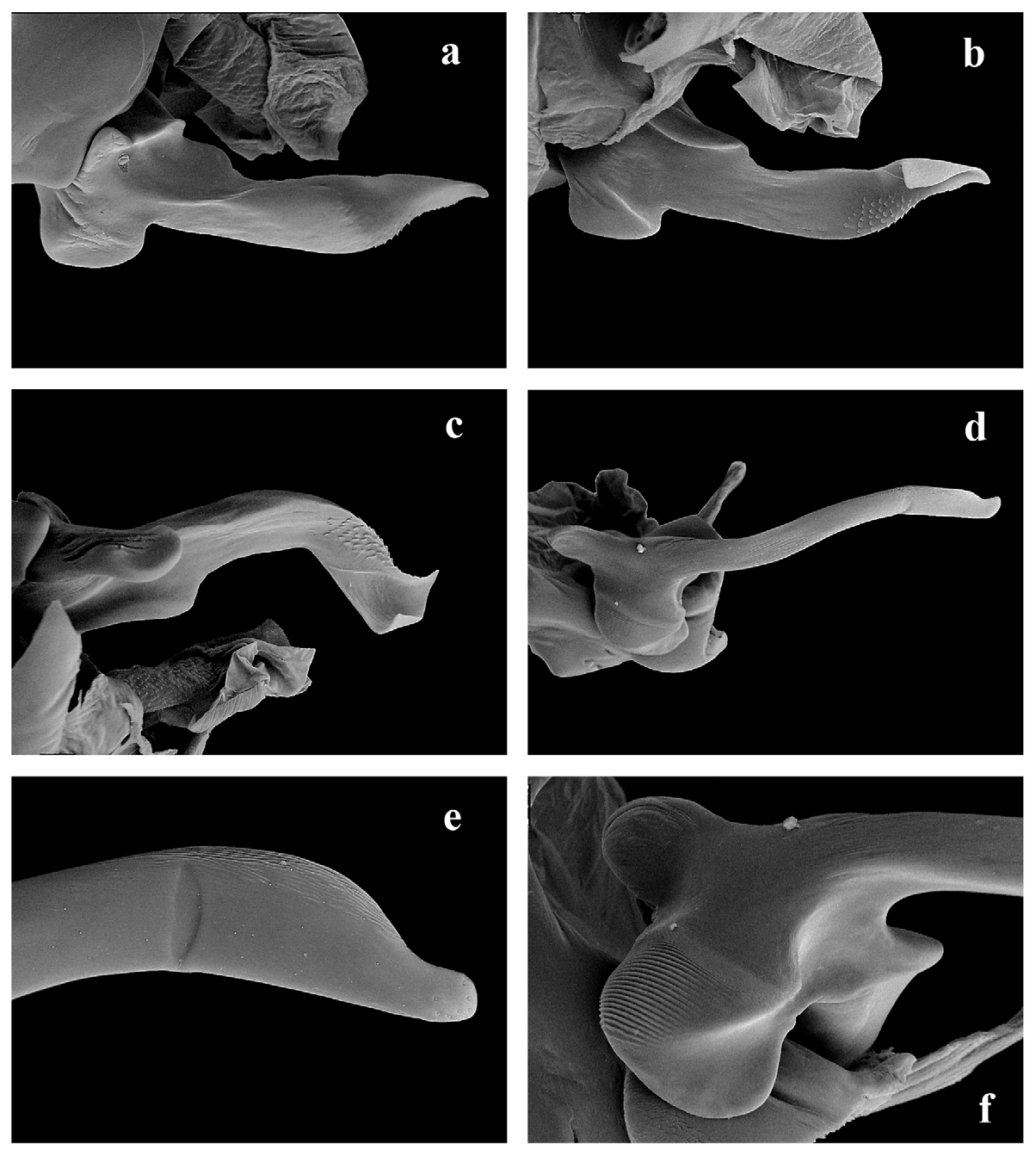