Diagnosis. Although Greaves et al. (2007) distinguished two subclades within this clade based on genetic variation, we could not find any significant morphological differences to warrant splitting them into two species. This species, O. kokowai   , can be distinguished from other species in the O. lineoocellatum   species complex by a combination of characters. The subdigital lamellae count is usually below 24, compared with O. prasinum   and O. elium   where it is usually above 24. All the specimens examined had one nuchal pair, in contrast with O. prasinum   and O. lineoocellatum   which always have more than 1 pair, and O. elium   which usually has more than 1 pair. There are significant differences between O. kokowai   and O. elium   (lower ciliary count, AG/SF), O. lineoocellatum   (lower ciliary count, SVL/HW), and O. prasinum   (midbody scale count) ( Figure 6b View FIGURE 6 ). Dorsal ocelli continue down tail unlike in many specimens of O. prasinum   and O. elium   . Pale dorsolateral stripes are usually much more pronounced than in O. prasinum   . The ventral surface is often bright red-orange, unlike any of the other three species.

Variation (holotype with the variation shown in the paratypes in parentheses).

Colouration. This is variable among specimens, but the most common colouration is as follows: No middorsal stripe. Dorsal surface olive green, with regular light and dark flecking, 6 scale rows wide, grading into pale dorsolateral stripe extending from behind eye to base of tail, becoming indistinct thereafter. This pale stripe extends into dark brown lateral stripe three or four scale rows wide, running from behind nostril through eye to base of tail, becoming indistinct thereafter. This brown band is speckled with light and dark along its length and bordered below by another pale band that breaks up into irregular cream and dark brown mottling. Grading into a grey or red-orange unmarked belly. Soles of feet grey. Throat usually unmarked. Outer surface of forelimbs olive green, speckled with light and dark. Colouration can be variable, O. kokowai   in Nelson can be everything from pale, almost straw-brown to mid-dark brown to olive to bright or even dark green dorsally (T. Jewell, pers. comm.). They do not appear to be sexually dichromatic. Juveniles have a brown base colour and lack the characteristic green shading of adults.

Etymology. McCann (1955) gave the specific name “ festivum   ” to the holotype. However, this name is no longer valid. Another skink species from New Caledonia was also described in Leiolopisma   by Jean Roux (1913). Roux's taxon was described as Lygosoma (Liolepisma)   austro-caledonicum festivum   , while McCann's was described as Leiolepisma festivum   . Because they were first both described in the same genus/subgenus ( Liolepisma   being a misspelling of Leiolepisma   , and subgenera being treated as equivalent to genera by the Code of Zoological Nomenclature), they are primary homonyms, and the junior homonym is permanently unavailable [Glenn Shea, pers. comm.] This also applies to Wells & Wellington’s (1985) resurrection of McCann’s species name. The specific name is from the Maori kōkōwai   , meaning red or auburn and refers to the colour of the ventral surface of this skink. The current accepted vernacular name is ‘spotted skink’ ( Bell 2014) but we propose changing it to ‘northern spotted skink’ to distinguish it from the other species in this complex. 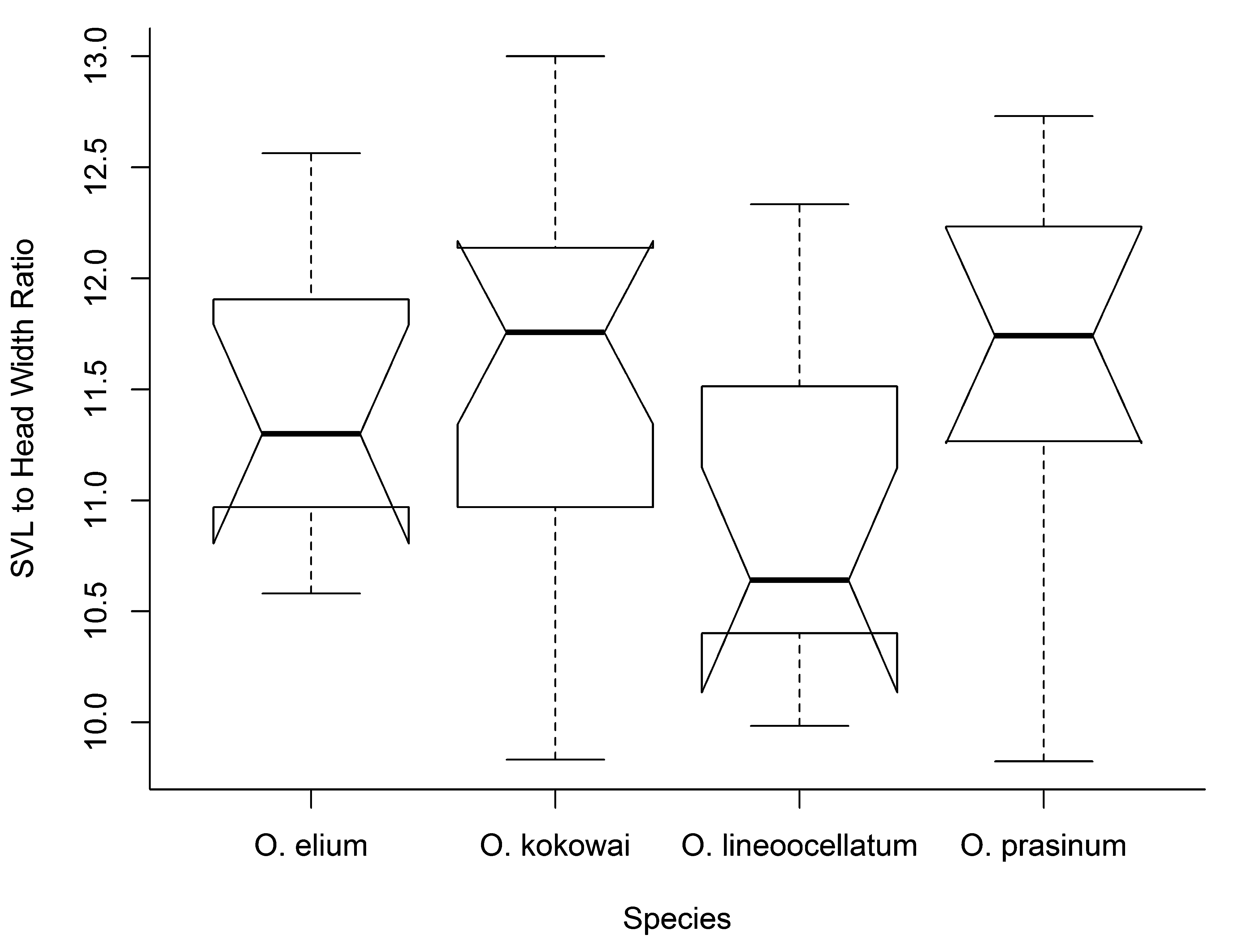