Ficus elastica   is native in south-eastern Asia, but one of the most frequently cultivated species of the genus. It has large, glabrous and leathery leaves and reddish stipules, 10-15 cm long that cover the terminal buds. In Chayofa, a single large clone is growing in a dried-out ravine (Fig. 5 View Figure 5 ), probably from washed-up rhizomes or garden debris.

Several species of Ficus   have been recorded in the wild in the Canary Islands, especially F. microcarpa   and (to a lesser extent) F. lyrata   and F. rubiginosa   and these are increasing lately. F. elastica   is reported here for the first time. Despite being commonly grown, it is only rarely observed as an escape, for instance, in Florida in the United States ( Wunderlin 1997). In some areas, it has naturalised or even become invasive, although this entirely depends on whether its specialist pollinator wasp has also been introduced to the area ( Starr et al. 2003). 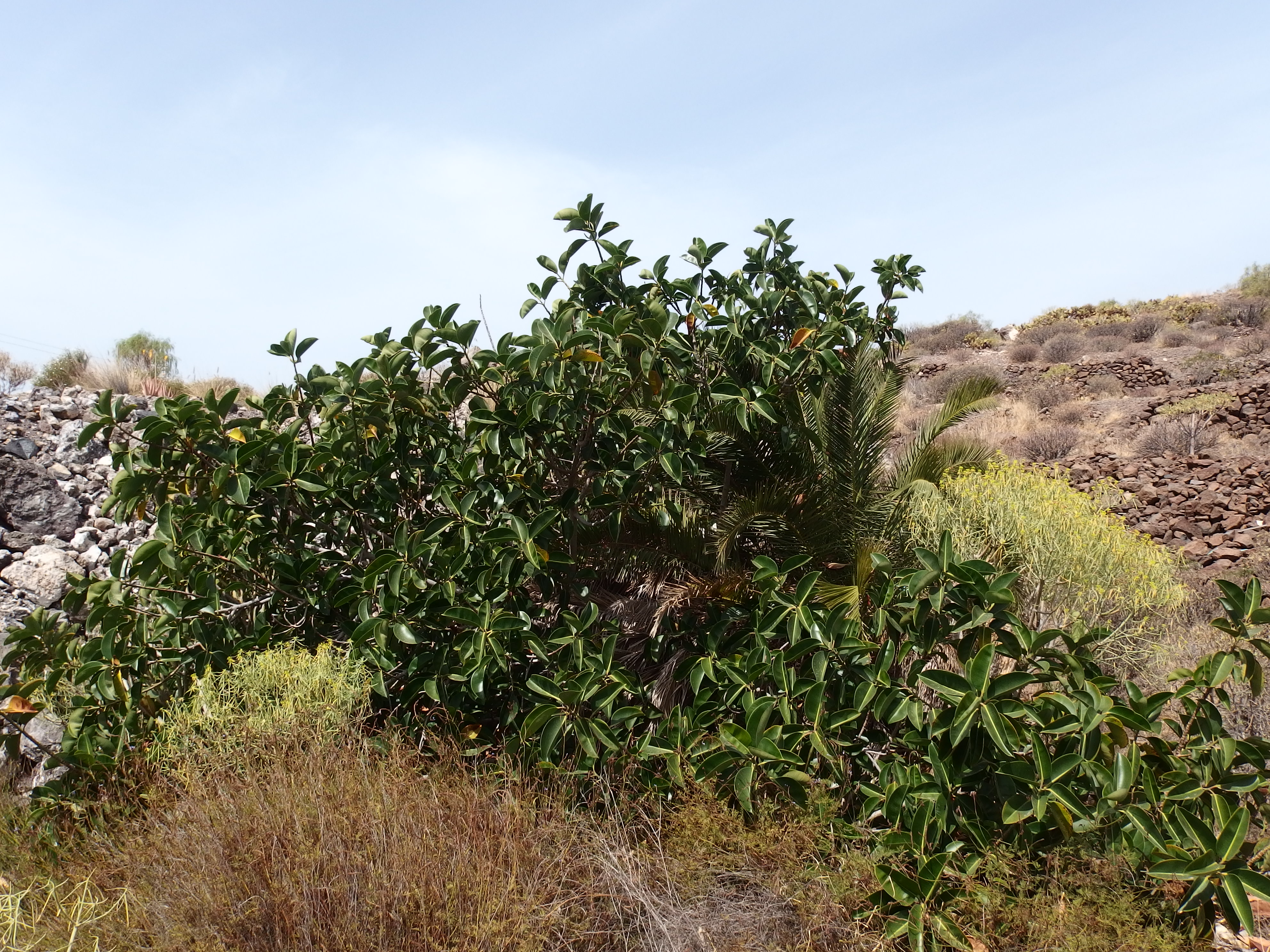