Diagnosis. This species is distinguished from other known Prays   species in the male genitalia by the gnathos medially produced to a heart-shaped process bearing dense fine setae on posterior margin; in the female genitalia by the antrum with unequally sized ventral and dorsal plates. It is similar to P. tineiformis Sohn et Wu, 2011   in appearance, and the differences between them are stated under the latter species.

Etymology. The specific name is derived from the Latin semi- and circularis, referring to the shape of the sacculus in the male genitalia. 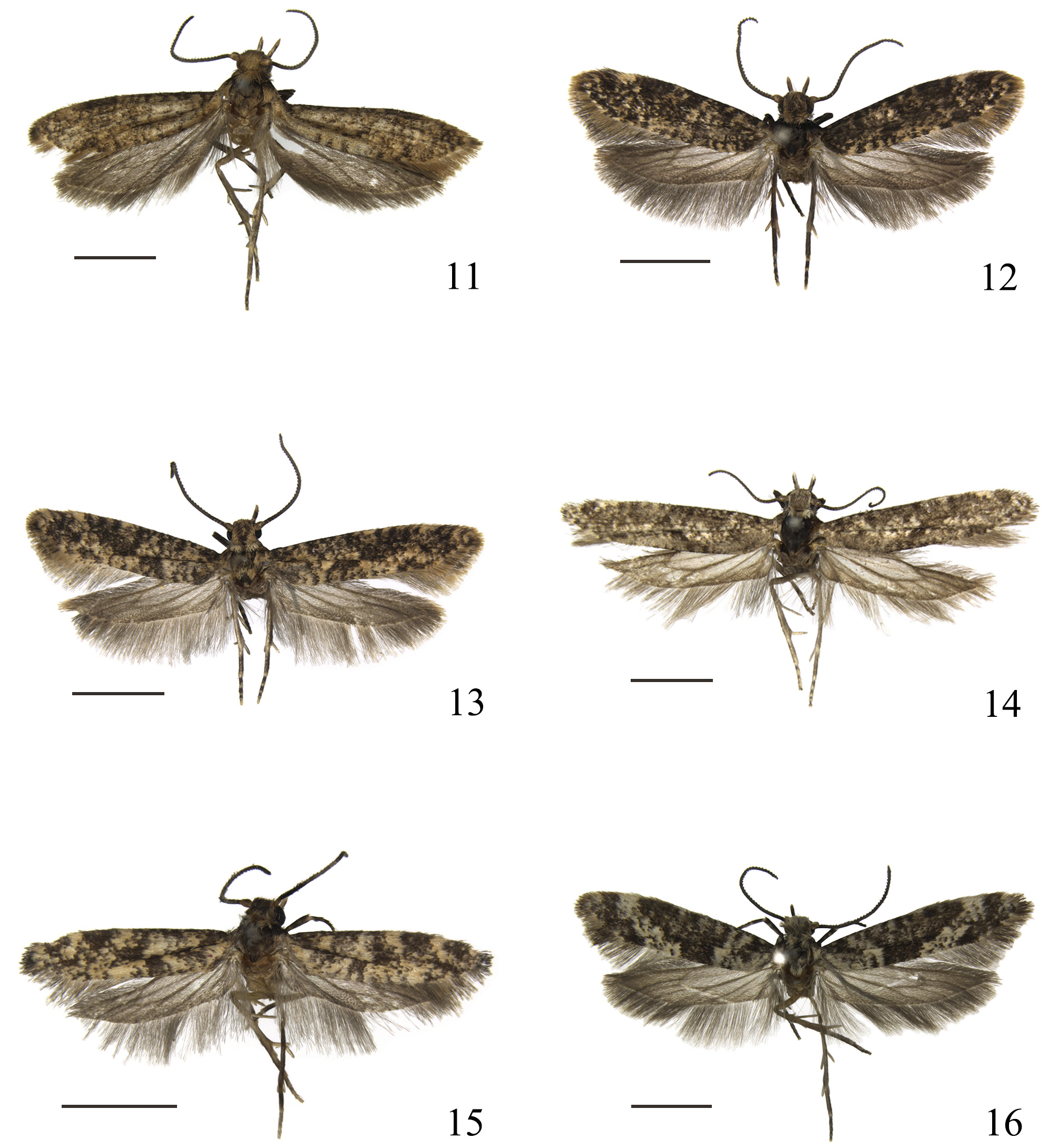 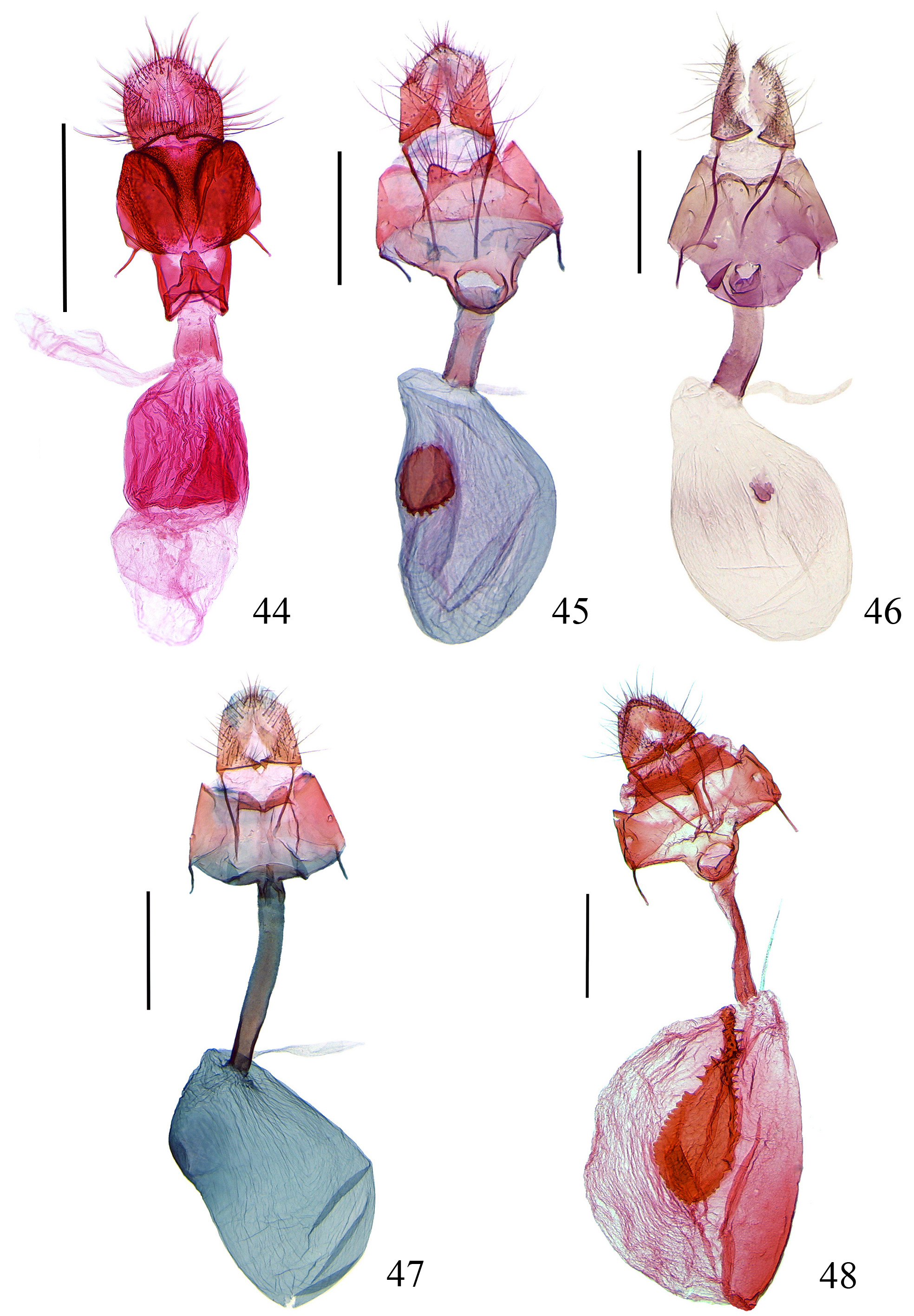