Purcell (1898) listed 21 specimens (4 males, 6 females, 11 juveniles) from Clanwilliam in the type series located in the South African Museum (Cape Town). The ZMH specimens are a gift to the Hamburg Museum but they are probably not part of the original series as explained by Prendini (2001). One lectotype male and 20 paralectotypes (three males, four females, one subadult male, four subadult females and eight juveniles) from the series of syntypes held at the SAMC were designated by Prendini (2001: 31). Given that the number of specimens at the SAMC matches the original data by Purcell, it is doubtfull that the five ZMH specimens are types ( Prendini 2001: 47). 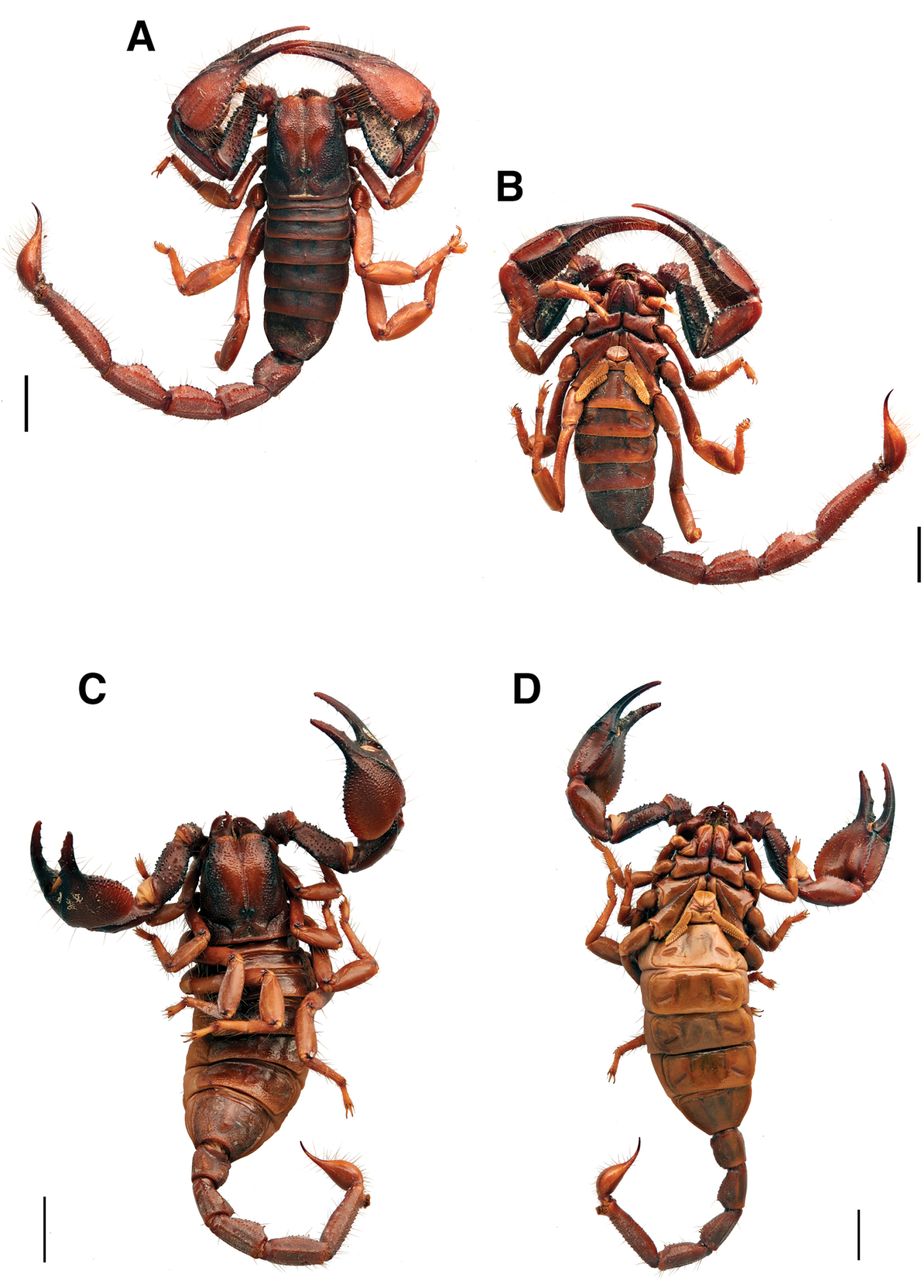