Discussion. Although this species is distributed widely throughout the Rift Valley of western Tanzania ( Fig. 68 View FIGURE 68 ), its distinction from its congeners of the region apparently was overlooked because of its superficial similarity. N. bondelaufa   was collected syntopically with N. handlirschi   at L- 1202 and with N. parviceps   at L-1157, 1164, 1182, and 1202. All three species were collected together in the Msanzi River in Rukwa Region (L- 1202). The habitat in which these species occur is the densely vegetated margin of streams where current is minimal. Typically, specimens were collected in undercuts and dense vegetation with muddy substrate. Three specimens from southeastern Democratic Republic of Congo were examined in RMCA and one male from South Africa was among specimens donated to RWS from P. Reavell. 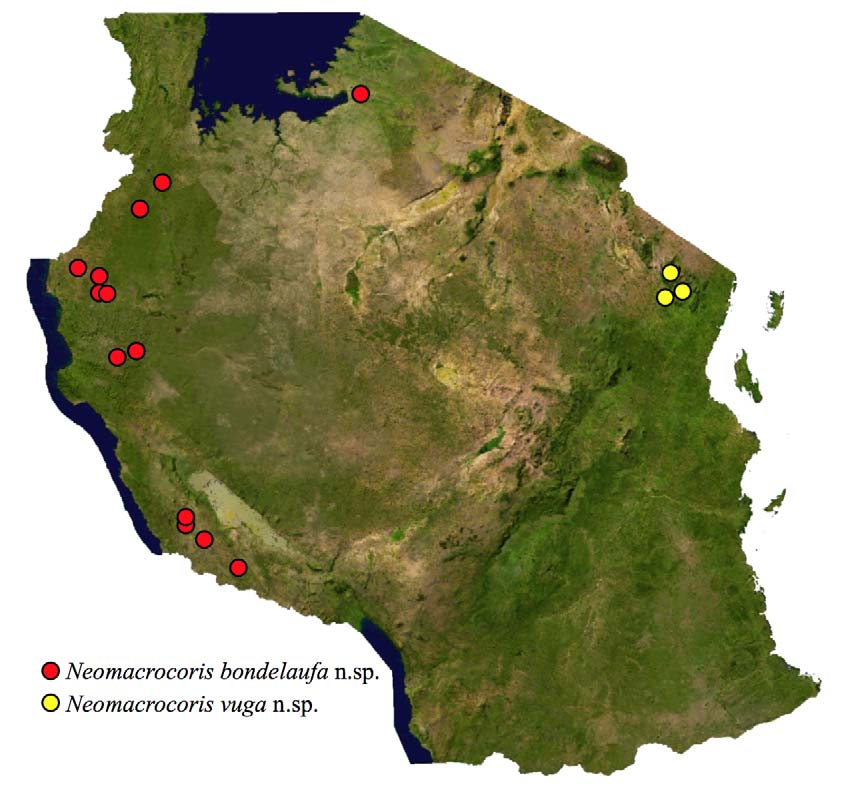