Head ( Figs 13-15 View Figs 13-15 ) including eyes 0.81-0.83 times as wide as pronotum, eyes moderately prominent (head 1.59-1.65 times as wide as head between eyes). Labrum with apical margin linear but somewhat sloping down to the right side. Mandibles medium sized, left mandible rather sharp at apex, not thickened or truncate. Antennae moderately long, 2.52-2.62 times as long as pronotum and 0.90-0.92 times as long as elytra. Microsculpture on clypeus almost isodiametric, on labrum weakly transverse, on frons with very fine and lightly impressed and on vertex with moderately impressed isodiametric meshes becoming weakly transverse in front of pronotal apical margin.

Metepisterna long, distinctly narrowed posteriad, at inner margin about 1.5 times longer than wide at the basal margin. Prosternum medially with 6 and close to apical margin with a row of 6 medium long setae (often broken resulting in insertion points difficult to observe). Prosternal process with 1 distinct seta.

C o m p a r i s o n s: Anthracus sumatraensis   nov.sp. is the only maculate species so far known from Sumatra. It differs from A. nesophilus   and A. javaensis   nov.sp. from Java by characters given under these species. From A. siamensis   nov.sp. which is the most closely distributed species from SE Asian mainland, A. sumatraensis   can be separated by the different external shape and internal structures of the median lobe of the aedeagus ( Figs 50-55, 63-67, 69-73 View Figs 68-73 ), the elytra, which are broader relative to pronotum (ratio EW/PW>1.40, in A. siamensis   <1.39), and the colour of head and pronotum which is usually paler and/or the elytral macula which are only indistinct and not clearly marked as in A. siamensis   . 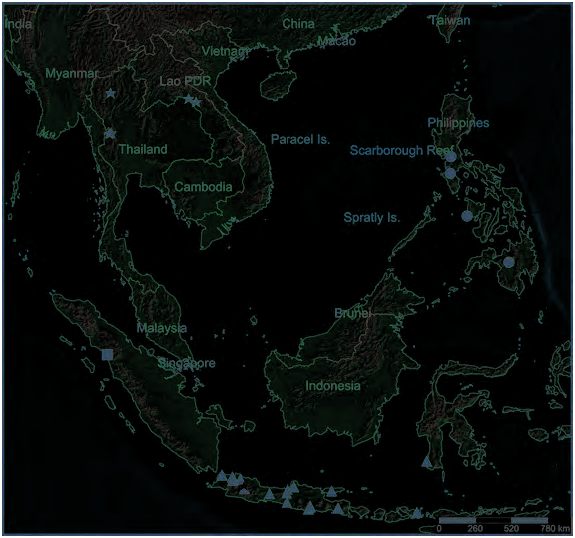 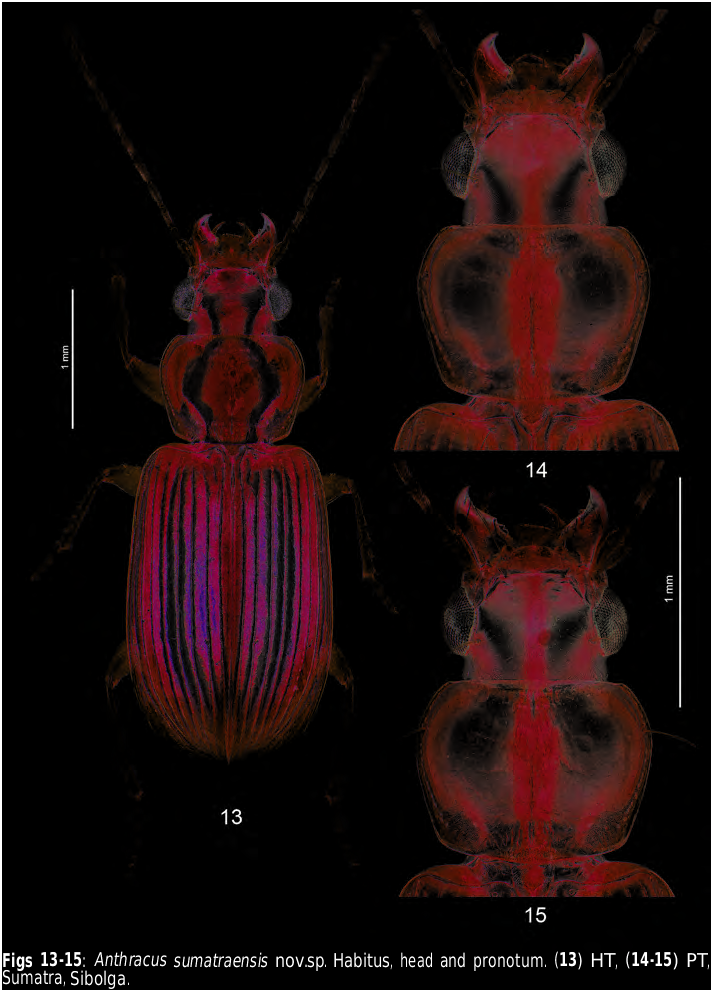