Distribution and habitat. Hisonotus megaloplax   is known only from the headwaters of the rio Passo Fundo drainage, tributary to the upper rio Uruguay basin ( Fig. 8 View FIGURE 8 ). The arroio Caraguatá at the type-locality is a small watercourse with slow to median flow of clear to brown waters running over stones, vegetal litter, and sandy bottom. The species inhabits marginal submerged vegetation composed mainly by grass. See Câmara & Hahn (2002) for detailed description of arroio Caraguatá and its fish fauna. Recent collection efforts failed to capture this species in the headwaters of rio Passo Fundo, near the city of Passo Fundo. The construction of a dam (Barragem da Fazenda da Brigada) and the pollution caused by sewer rejects from the urban area of Passo Fundo seems to be the cause of the disappearance of this species in that region.

Etymology. The species epithet megaloplax   , from the Greek megalos, big and plax, plate, referring to the large lateral abdominal plate series present in the new species. A noun in apposition. 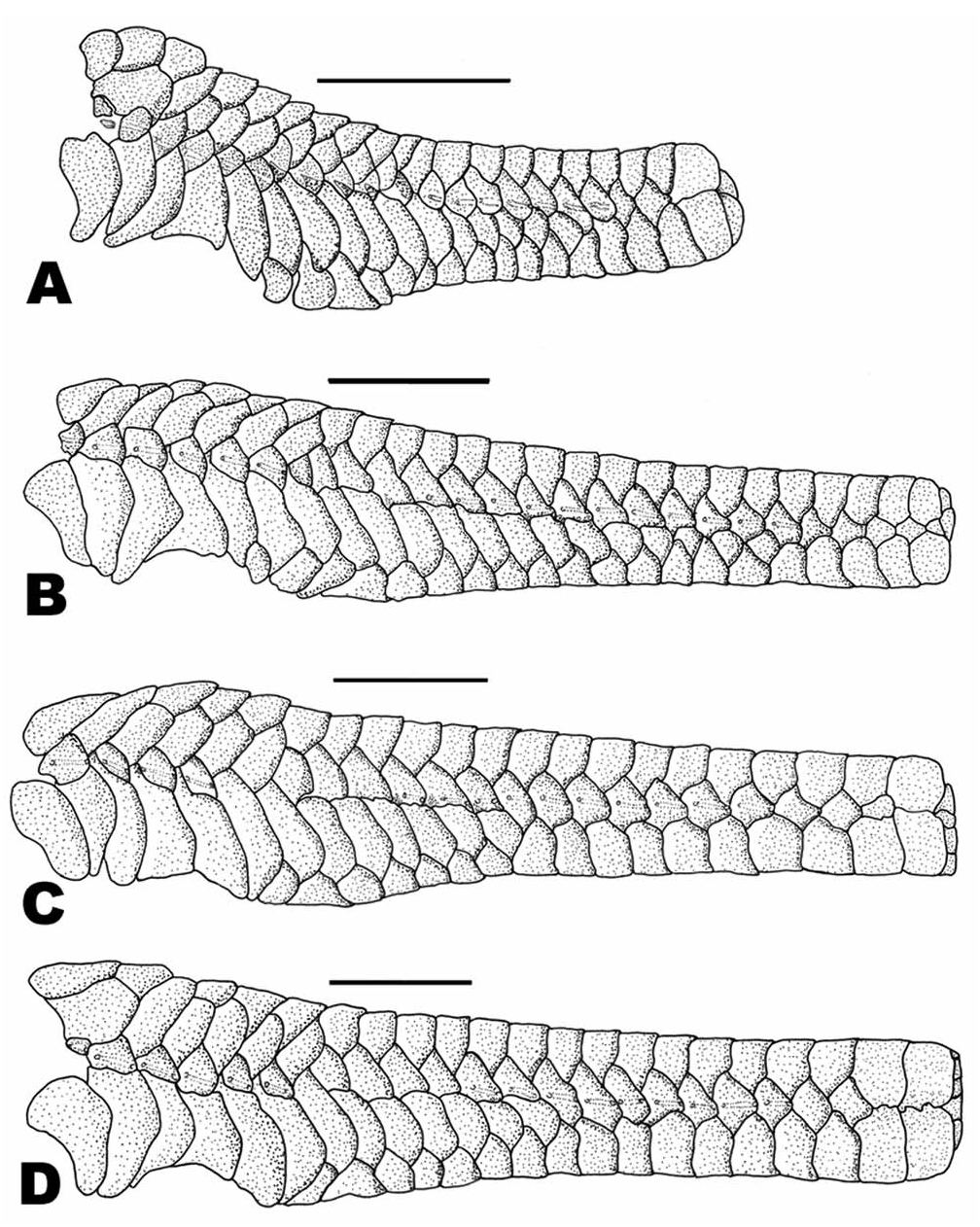 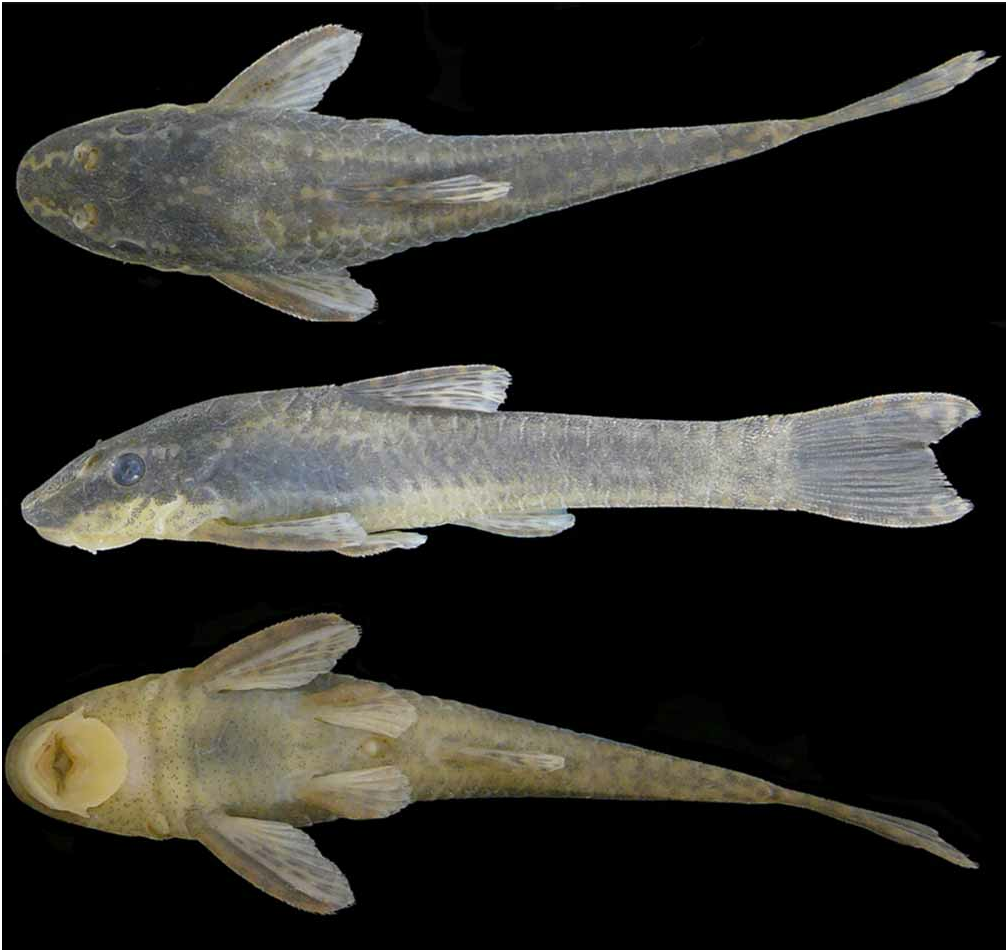 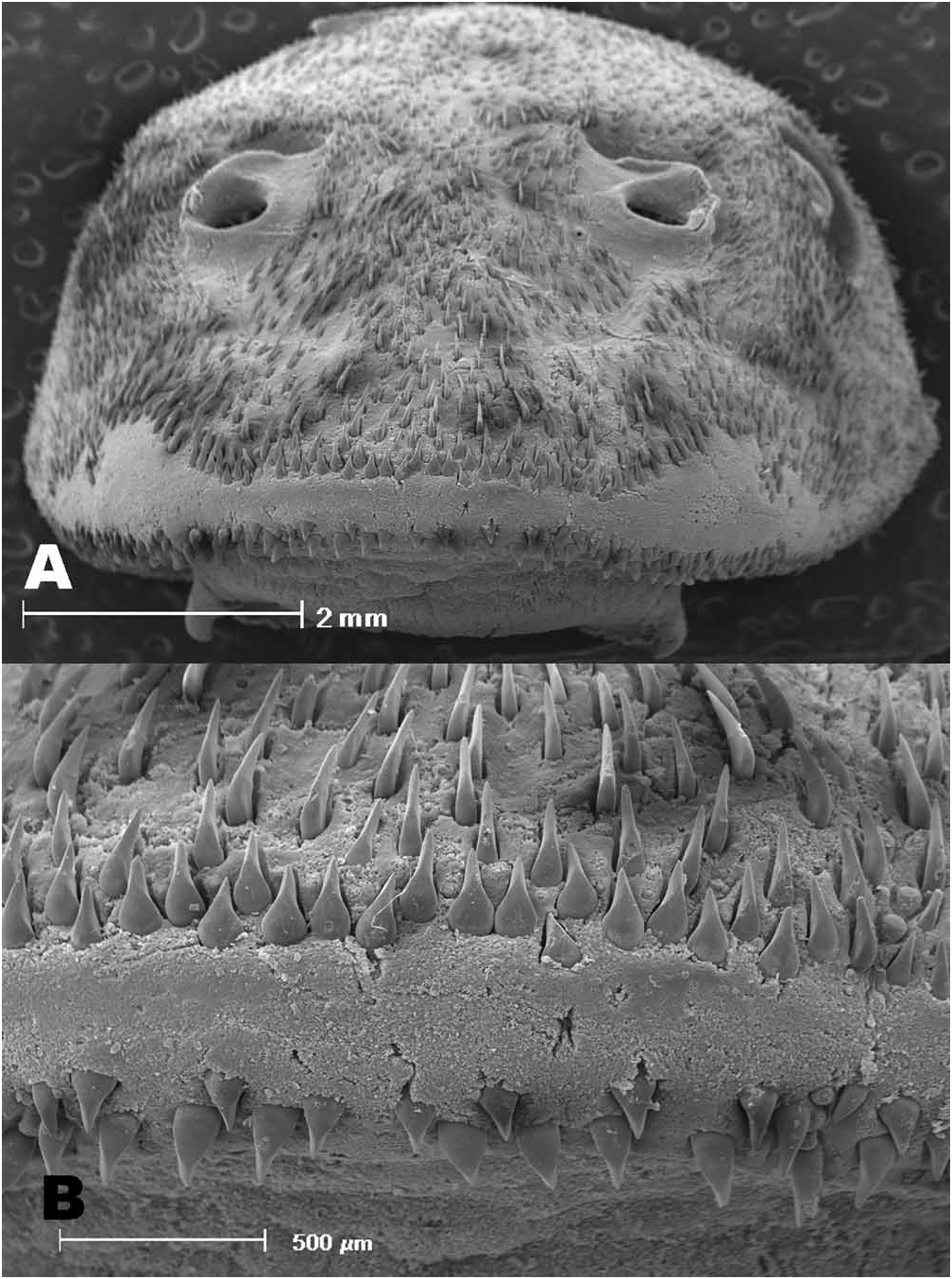