Diagnosis. Bucculatrix liubaensis  is very similar to B. yingjingensis  with differences given in the diagnosis of the latter above. Additionally, it can be distinguished from other species by its somewhat bicolored forewing pattern, with a straight transverse white line and two small circular white spots. The forewing pattern and female genitalia are similar to those of B. noltei Petry  , a European Artemisia  -feeding species, but B. noltei  lacks the transverse white line of the forewing and has a pair of wider and loosely curved furrows on segment VIII in the female genitalia ( Bengtsson & Johansson 2011: 63).

Remarks. The adults were collected from a small plant community which mainly included some Asteraceae  species from Shizigou pasture about 4 to 5 p. m. ( Figs. 25–26View FIGURES 25–28). When we discovered them, they were resting motionlessly on the leaves of Artemisia  sp. with antennae along lateral margins of the body ( Figs. 27–28View FIGURES 25–28). We could not find larval feeding sign, cocoonet, cocoon on leaves and stems. The host plant is unknown but maybe Artemisia  sp. ( Asteraceae  ) because of the female adults found only on it. 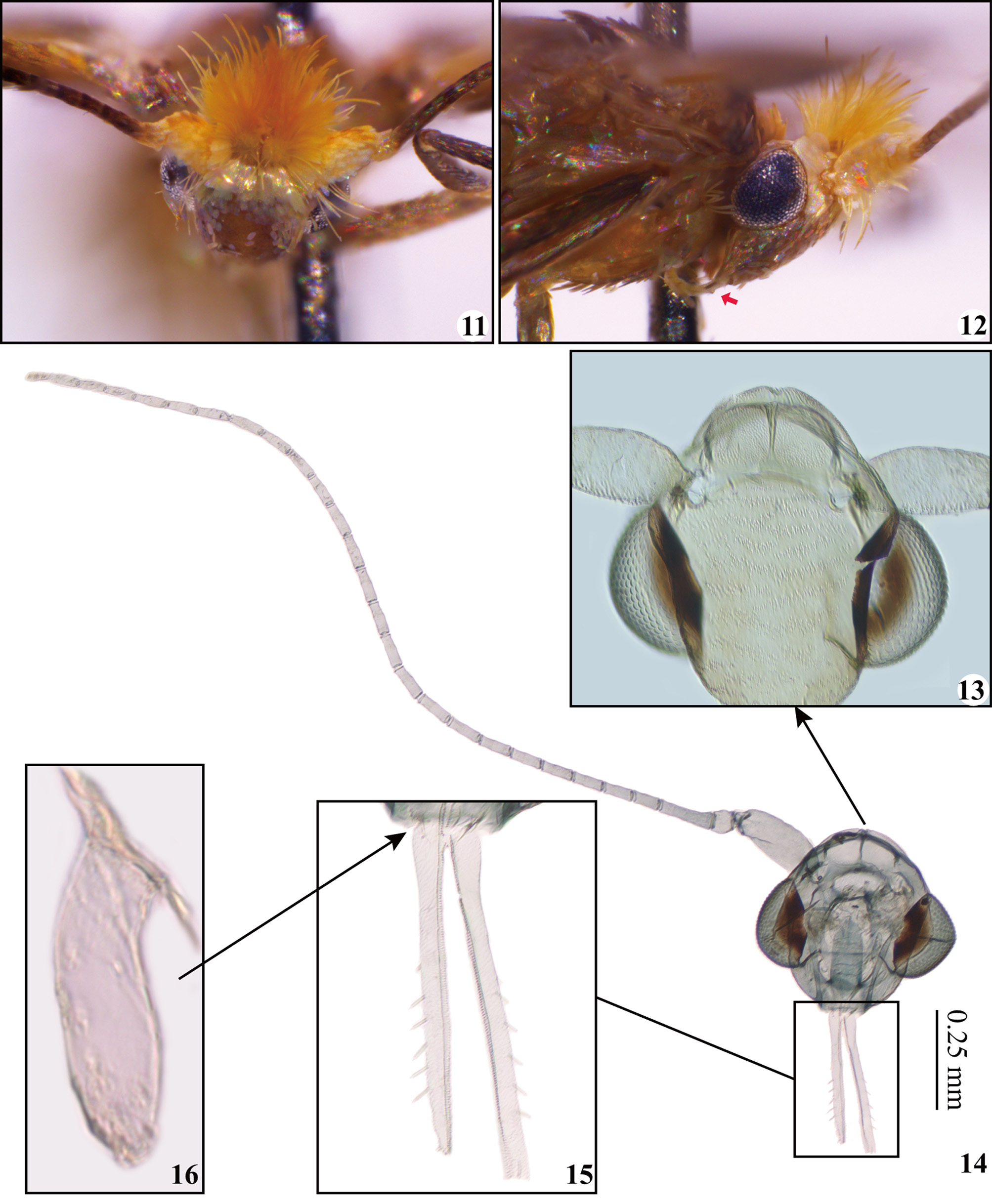 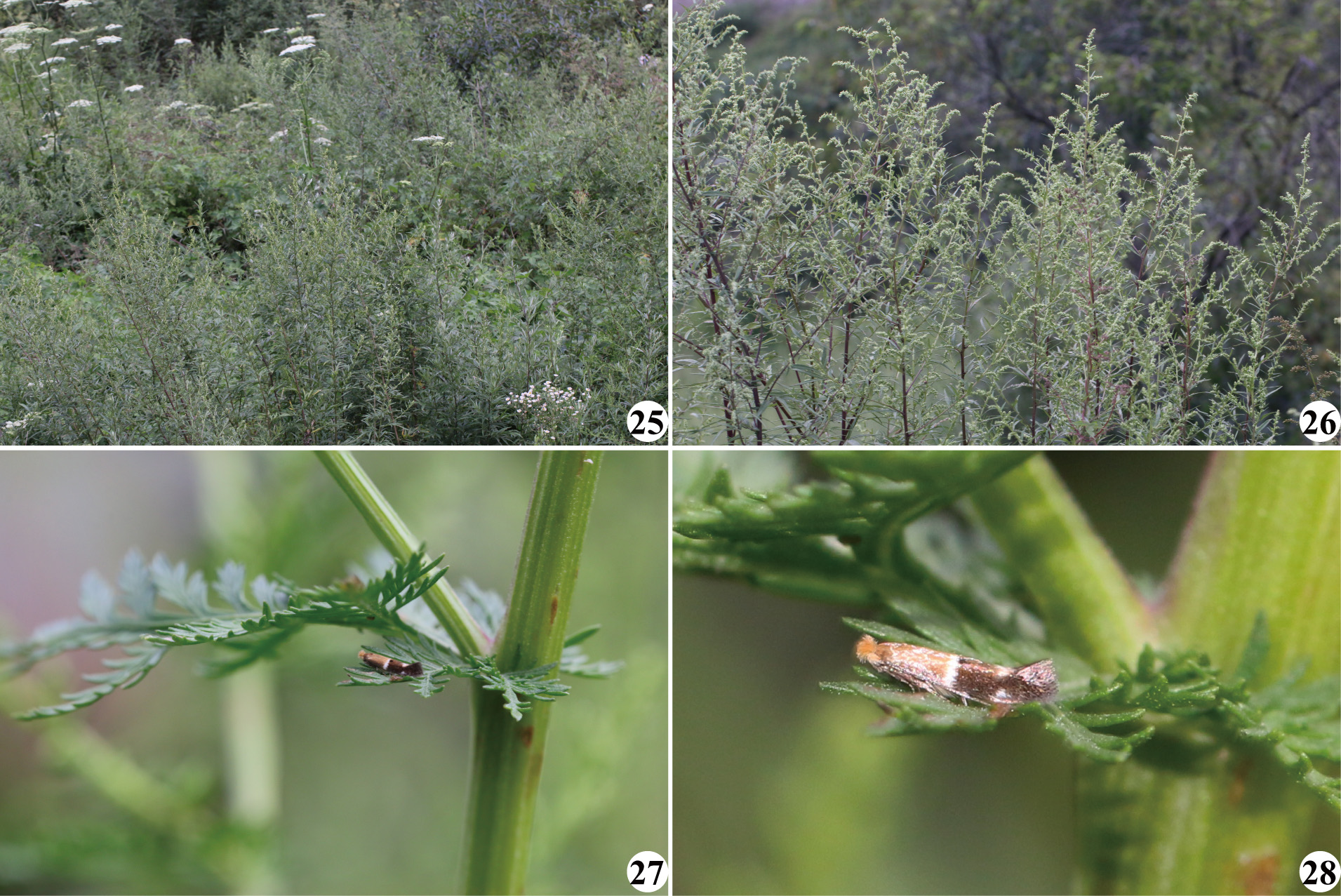