Etymology. Species name is a derivation of the Spanish amarillo, yellow, referring to the species body color.

Remarks. There are presently 14 described species of Haplogonaria   that are united in having an unpaired ovary, paired testes, and a seminal bursa that lacks a bursal nozzle. Some species, such as H. arenaria (Ax, 1959)   , H. elegans Faubel, 1976   , and H. stradbrokensis Hooge, 2003   have a non­muscular, or weakly muscular seminal vesicle, while other species, such as H. phyllospadicis Hooge & Tyler, 2003   , and H. simplex Dörjes, 1968   , have a strongly muscular seminal vesicle. H. amarilla   is more like the former, with only a very thin layer of muscle contributing to the wall of the seminal vesicle ( Fig. 3B View FIGURE 3 ). It is unusual for members of the Haploposthiidae   to have a vagina positioned as it is in this species; that is, opening posterior to, and passing dorsally over the seminal vesicle. Within the Haplogonaria   , this configuration of the vagina is shared only with H. sinubursalia Dörjes, 1968   . In other regards, the vagina and bursa of H. amarilla   are dissimilar to that of H. sinubursalia   , which has a vagina filled with granular secretions (vesicula granulorum), and a bursa bearing a cap of cells on its proximal wall; both of these features are lacking in H. amarilla   . 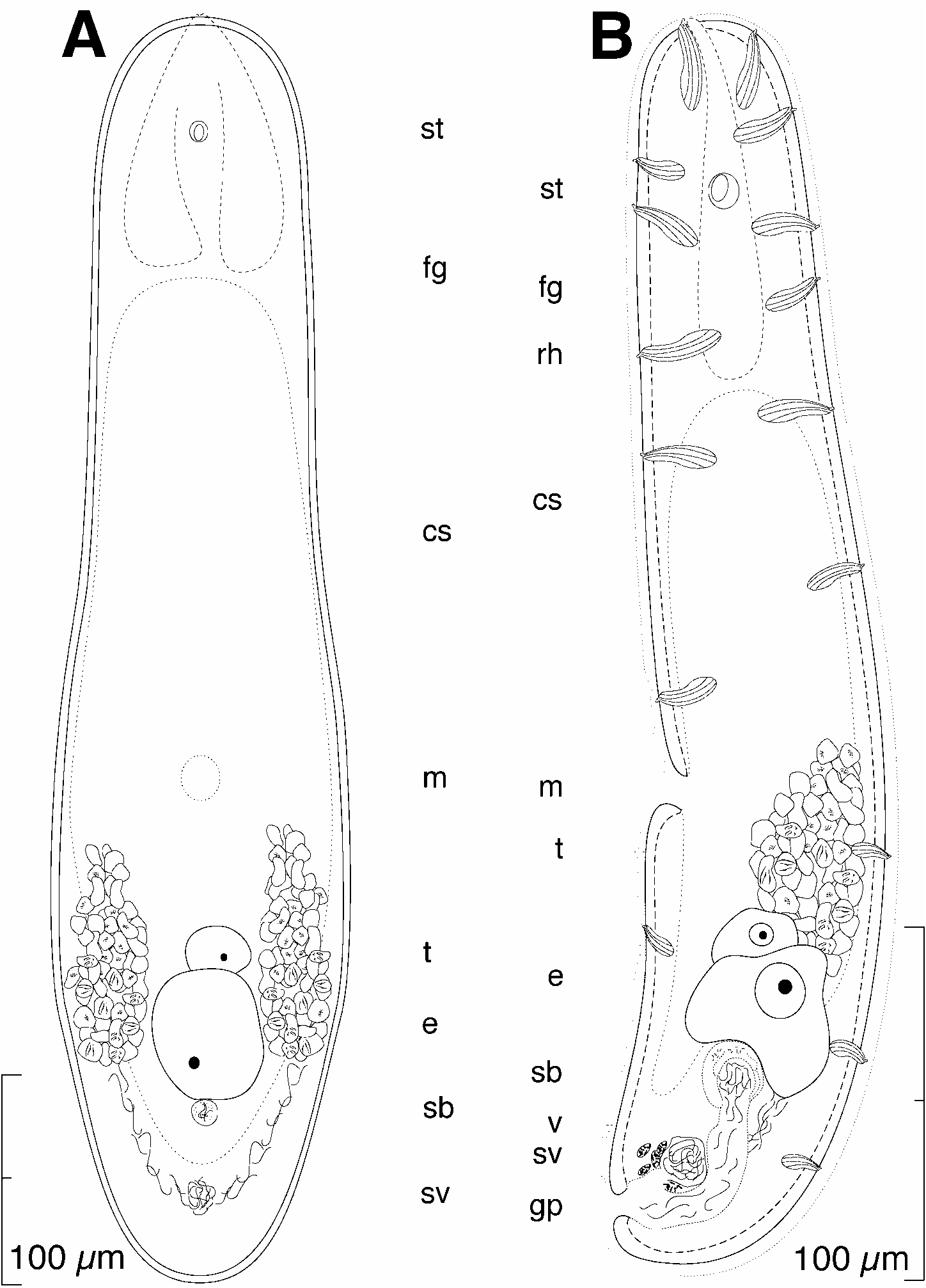