The species epithet refers to the similarity to related species A. gregaria   (Erichson), which was originally treated separately from other Aloconota   under subgenus Aloconota Glossola   Fowler (e.g., Benick 1954) because it lacks obvious male secondary sexual characters.

Aloconota pseudogregaria   can be easily distinguished from all other species of the genus occurring in eastern North America by the distinctly bicolored abdomen (Fig. 28A View Figure 28 ). Among Central European species, the spermatheca of A. pseudogregaria   is most similar to that of Palaearctic A. gregaria   but in the latter the apex is distally truncate, median lobe is distinctly sinuate and only weakly projected ventrad, the abdomen is darker and not distinctly bicolored, and the microsculpture of the forebody is much stronger, creating a dull reflection. 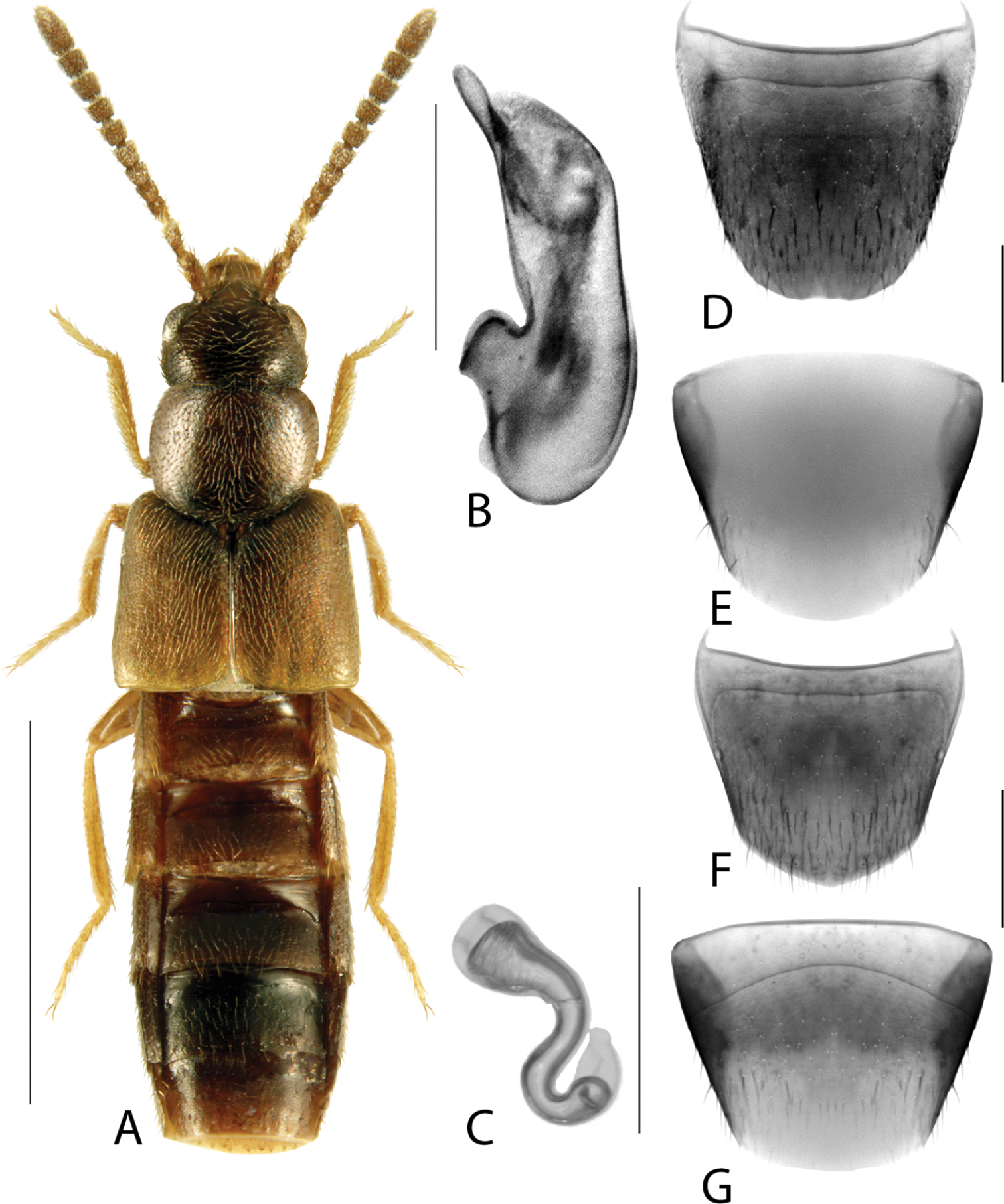