Distribution, ecology and phenology. – A common and widespread central African species, occurring from southern Cameroon to eastern D.R. Congo with an isolated population in eastern Nigeria. It grows in secondary forest, edges and regrowth, on both drained and flooded soils, 0–1250 m in altitude. For more precise information see under infraspecific taxa. Flowers and fruits throughout the year.

Conservation status. – The extent of occurrence ( EOO) of Sabicea floribunda is calculated to be 2,017,090 km ², well above the limit for “Vulnerable” status under subcriterion B1 . Its area of occupancy ( AOO) is estimated to be 344 km ², which falls within the limit for “Endangered” status under subcriterion B2 , but is an obvious underestimation given the low collecting density in most of its range. The species occurs from Nigeria to the Democratic Republic of Congo, and is known from 108 specimens. It is a common species of secondary forest habitats, and not in any way threatened; consequently, it is here assessed as “Least Concern” [ LC] using the IUCN Red List Categories and Criteria ( IUCN, 2012).

This species is the most widespread of the group, and the only one occurring east of the Congo River. It has usually been regarded as monotypic (e.g. HALLÉ, 1966) but a careful examination of the material shows that it can be quite easily separated into four distinct taxa, which differ mostly in characters of the bracts and the vegetative parts ( Table 2 View Table 2 ) – the flowers and fruits being apparently identical. These taxa have mostly separate distributions but locally come in contact ( Fig. 8 View Fig ) and are here recognised as varieties. When they are better studied in the field, especially in their areas of sympatry, some of them (in particular var. anisostegia ) may eventually be raised to specific rank. The illustration of S. floribunda published in HALLÉ (1966: 217) represents var. anisostegia .

Sabicea floribunda is very closely related to S. segregata . The two species share, in particular, lax inflorescences and corolla lobes brown at anthesis, and are not safely separable by vegetative characters. Since they frequently grow side by side, mixed collections are occasionally made (e.g. Champluvier 6019 was initially a mixture of both species). Fertile specimens can be identified with the characters mentioned in the key. The length of calyx lobes was used by HALLÉ (1966: 200) as the main diagnostic character, but in fact shows some (limited) overlap between the two species. 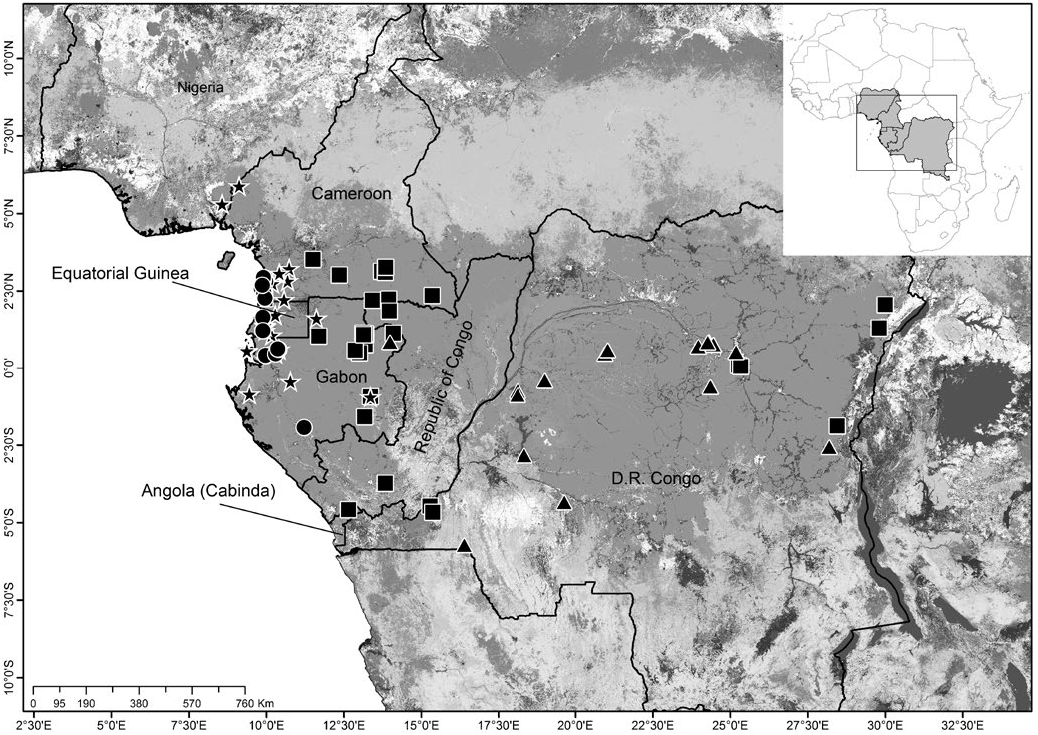