Abdomen: In general, mostly black with many irregular pale marks, but in some specimens the pale marks are dominant. Beset with short black setae.

Adult activity period. Records for all months of the year; most records for October to February.

Gerstaecker’s (1885a) statement that the apparently single specimen upon which the species was based is a female is incorrect; the presence of a pilula axillaris at the base of the hind wing demonstrates that the holotype is a male. Condition: good, missing left hind wing and hind leg.

Glenoleon annulicornis   : Holotype (by original designation), female, BMNH, high resolution images examined. Type locality: Australia. From original description: “ Victoria; one specimen (Coll. Esben-Petersen), the other not labeled. Type in Coll. West Australian Museum, Perth; cotype in Coll. Esben-Petersen”. From New (1985b): “ G. annulicorne   was described from two specimens: the type, designated as having no data, stated to be in WAM. I did not find any such specimen in WAM. There is in BMNH, though, a specimen of this species, tallying exactly in leg positions with Esben-Petersen's photograph, and also lacking abdomen (also now antennae): labelled as Type (seen). I believe this to be the type”. From ( New 1996): “Type data: syntypes BMNH 1 adult sex indet. (whereabouts of other syntypes unknown)”.

The statements made by New (1985b) are confirmed here; the holotype stated by Esben-Petersen (as “Type”)

to be deposited in the WAM is now in the BMNH. The specimen is identical to the picture presented in the original description and also bears a type label. The sex of the holotype was never mentioned but it is clearly a female because of the absence of the pilula axillaris. The “cotype” (a paratype) with location unknown was located during this study. It is a male deposited in the ZMUC; labels: Vict. (small pale square), Glenoleon annulicorne   n. sp. Esben Petersen Cotype (large white rectangle), cotype (elongate red rectangle). Specimen in general well preserved: right meso leg missing, and tip of the wings damaged. 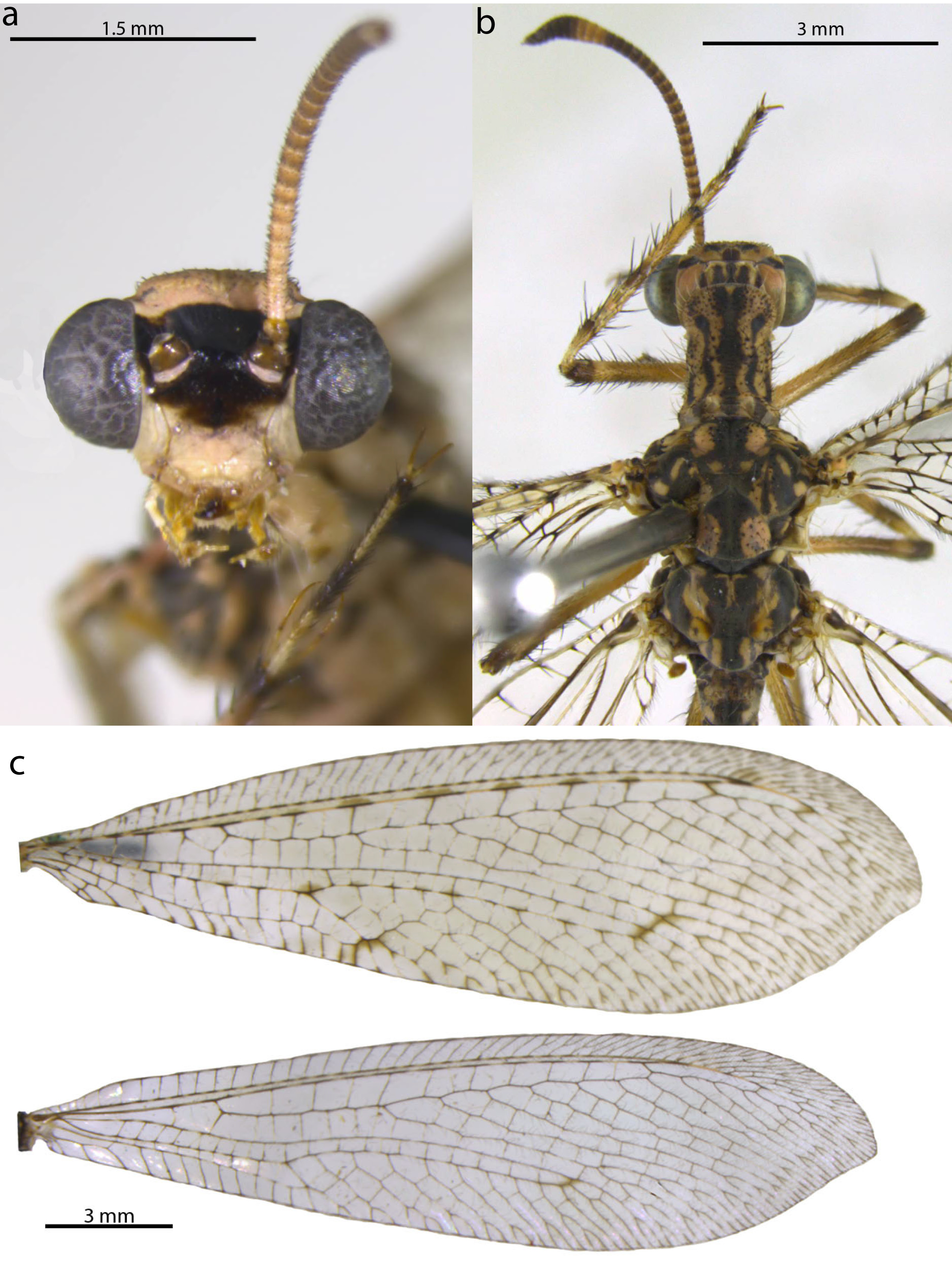 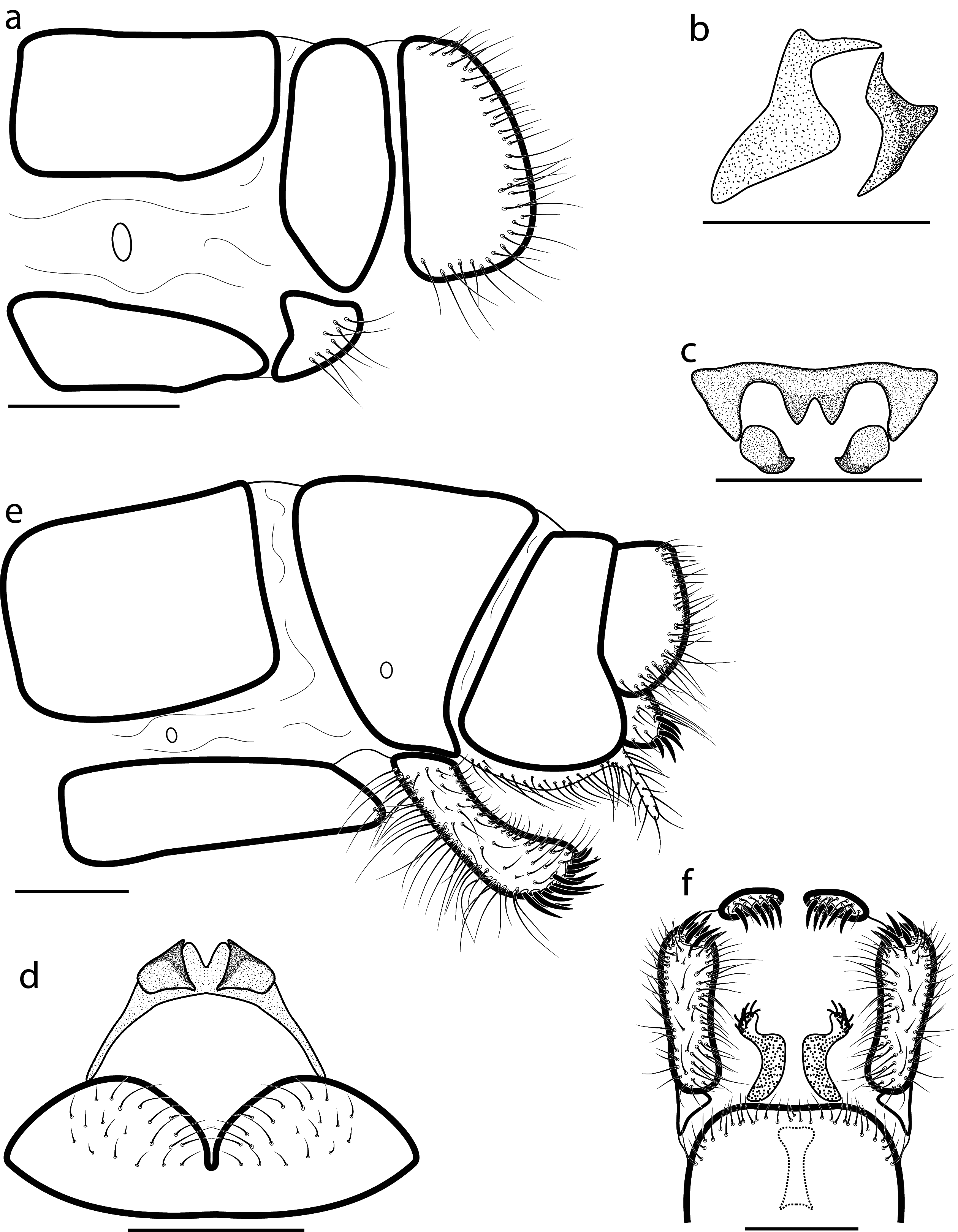 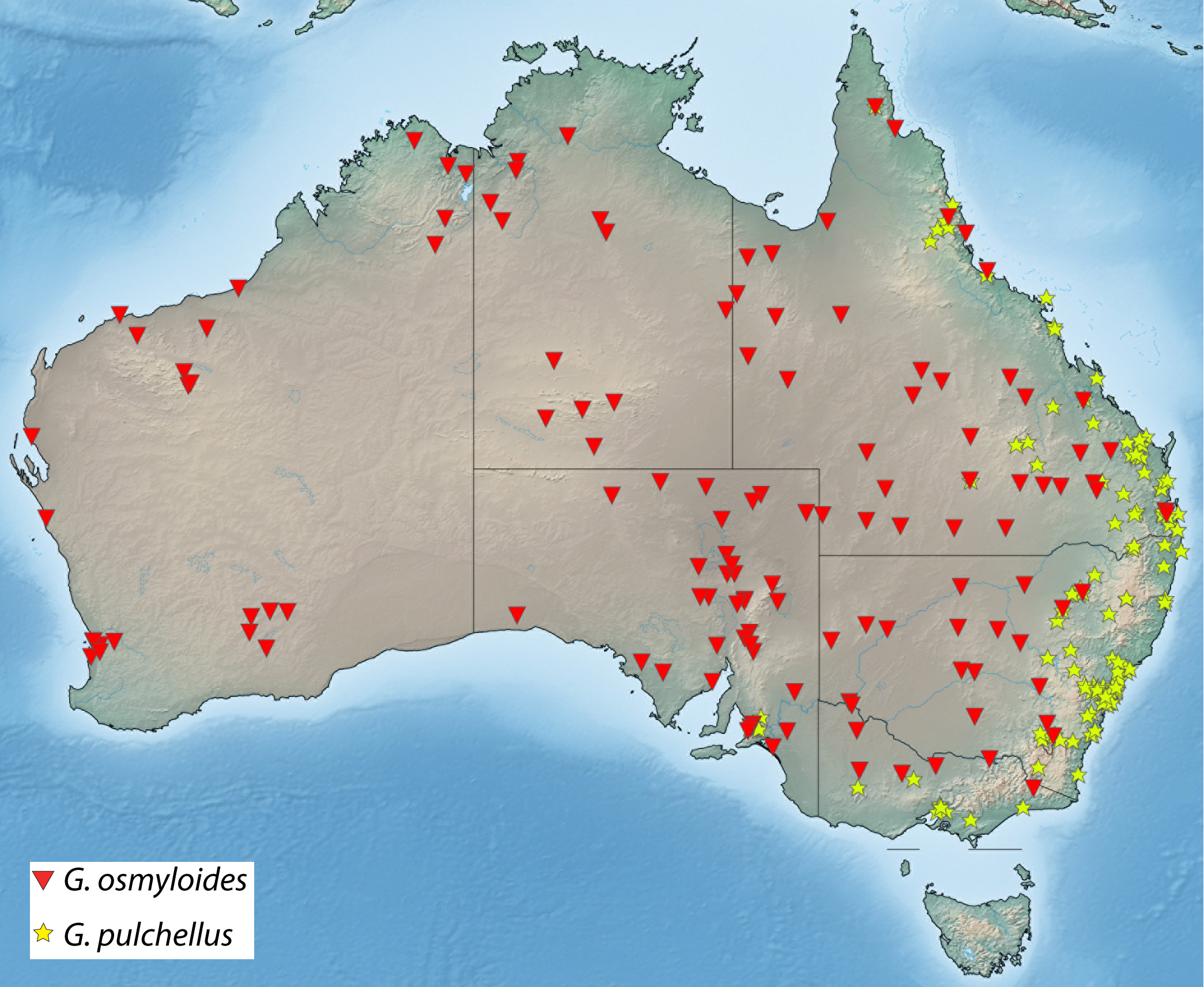