Thorax ( Fig. 145b View FIGURE 145 ): Pronotum about as long as wide; posterior margin about as wide as anterior; subapical furrow present; brown to dark brown except for some darker central marks and area anterior to furrow paler in some specimens; covered with short black setae and very long setae at margins and medial area. Mesonotum black, except for small rounded pale marks in some specimens, mainly at prescutum; set with short black setae, and few elongate black ones, generally at prescutum, two longitudinal lines at scutum, and distal margin of scutellum. Metanotum black with a thin medial longitudinal pale line, set with long black setae, mainly at prescutum and distal margin of scutellum. Pterothoracic pleura black; covered with long black setae; Miller’s organ absent.

Adult activity period. Records for October to May.

Walker’s (1853) original description of P. circuiter   explicitly states that the type series consisted of two specimens, denoted as “a” and “b”. The two specimens are currently deposited in the BMNH, and neither was fixed as the holotype; thus, the holotype citations of New (1985b, 1996) and Stange (2004) are incorrect. Because no mention is made in any of these citations about the existence of multiple syntypes, there can be no explicit indication that an intentional act of selection was being made among multiple syntypes, and thus, none of these ‘holotype’ citations appear to qualify as lectotype designations under Art. 74.5. In order to fix the name-bearing type of P. circuiter   in a manner that is consistent with current usage we hereby designate the male BMNH specimen (NHMUK010288158) as its lectotype, by which action the second BMNH specimen, a female (NHMUK010288157), becomes a paralectotype.

New (1996) incorrectly noted that the holotype was destroyed. The specimen is present in the ZIMG, as confirmed from digital images received from that collection. Gerstaecker did not explicitly state the number of specimens in the type series; here, we accept the ZIMG specimen as a holotype by implicit monotypy. Condition: good; right antenna missing, terminalia dissected.

Comments. Periclystus circuiter   appears to be the largest and most common species within the genus. Highresolution images of the holotype of P. callipeplus   were examined for this study. We reconfirm here that it is a synonym of P. circuiter   , as originally proposed by Esben-Petersen (1915) and as supported by all subsequent authors. See also Comments for P. aureolatus   . 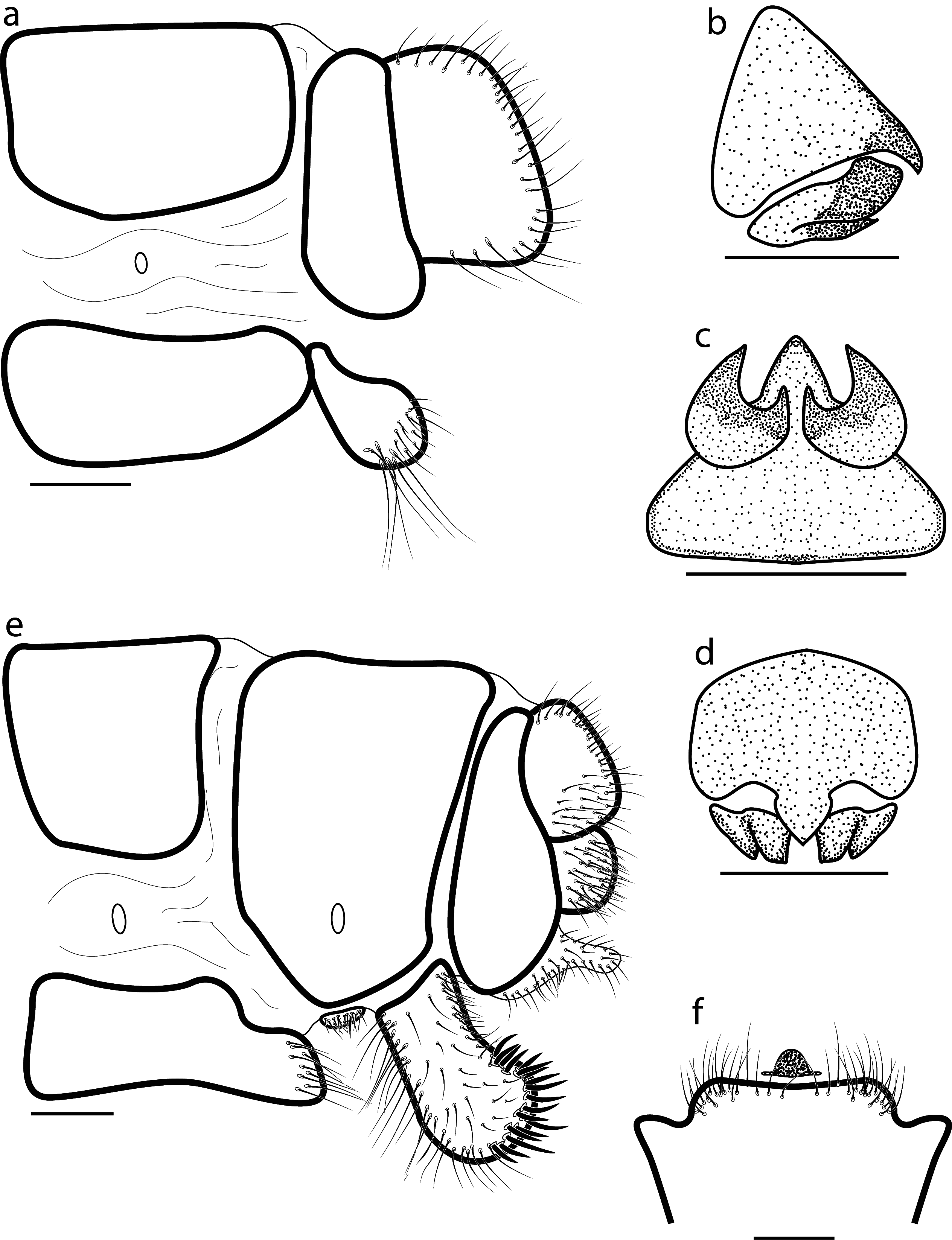