Thorax ( Fig. 167c View FIGURE 167 ): Pronotum longer than wide; posterior margin wider than anterior; subapical furrow present; mostly pale except for some dark brown areas: a longitudinal medial line (broad before furrow but thin after it), two sinuous lines and lateral margins extending to furrow, two marks after furrow, and small rounded spots at setal base; beset with short thickened black setae and few long and thickened setae. Mesonotum mostly dark brown, with some pale areas as follows: a longitudinal medial line on posterior half of prescutum, two large pale marks, enclosing a longitudinal dark line, near midline and a rounded spot at wings base on scutum, and posterior margin of scutellum; covered with short thickened black setae. Metanotum dark brown with irregular small pale marks in some specimens, with three small groups of setae: one at prescutum and two at posterior margin of scutum, those setae are short, thickened, and with apex rounded and enlarged. Pterothoracic pleura dark brown and totally covered with short thickened black setae with tip enlarged; Miller’s organ present.

Etymology. squamosus   (from Latin squamosus, scaly), in reference to the short, scale-like, setae that cover much of the thorax and abdomen.

Comments. The male of R. squamosus   is unknown, so the state of its ectoproct, which contains diagnostic traits for Riekoleon   , remains unknown. However, the species is clearly placed in Riekoleon   phylogenetically ( Fig. 4 View FIGURE 4 ) on the basis of female characters, particularly the terminalia and the form of the legs, pronotum, and wings. The scalelike setae covering parts of the thorax and abdomen are apparently unique among Australian antlions and easily separate R. squamosus   from all other species. The species was included in the molecular phylogeny of Machado et al. (2019) as “ Riekoleon   sp.” 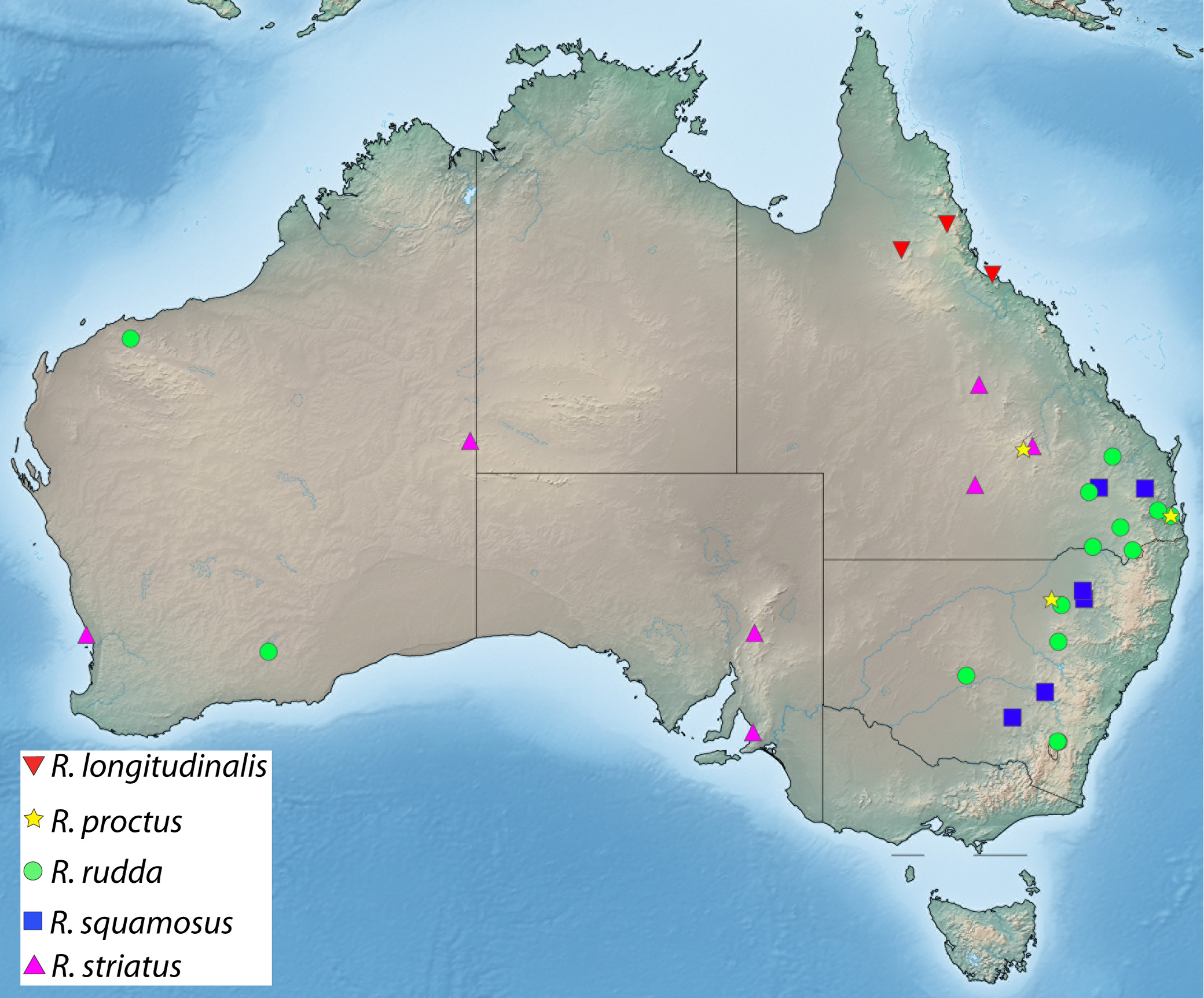 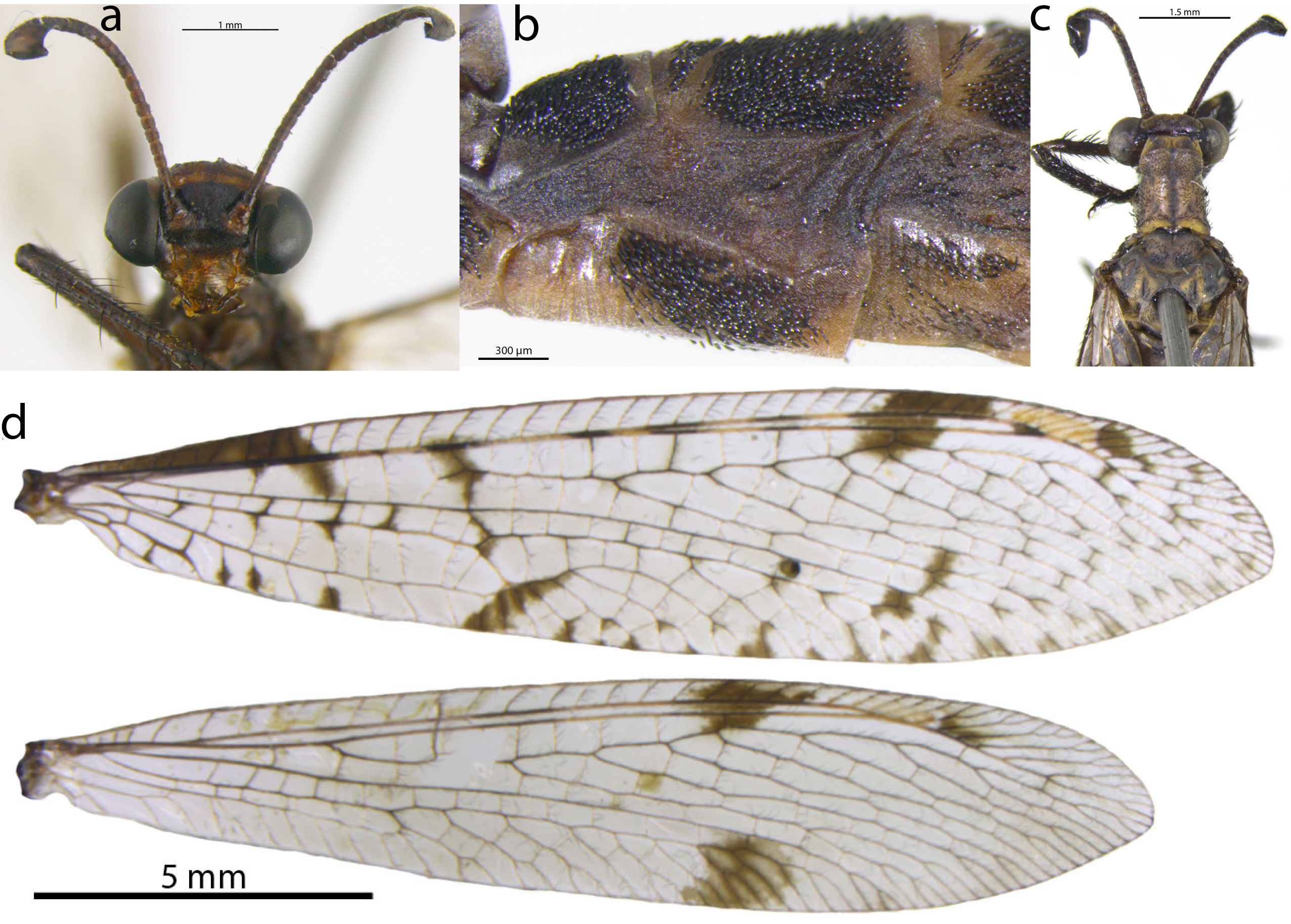