RECOGNITION. Barleria thunbergiiflora   is most closely allied to B. kacondensis   , with which it shares a large corolla with a broadly funnel-shaped tube and glandular staminal filaments. It differs in having ovate or elliptic to obovate leaves, with l:w ratio 1.3 – 2.5: 1, held erect or ascending (vs leaves spreading, oblongelliptic to lanceolate, l:w ratio 3.3 – 8.4: 1), in the corolla being blue-lilac (vs white to pale pink) and in having broader calyces with a more broadly obtuse or rounded apex to the posterior lobe (vs usually acute or attenuate in B. kacondensis   ). It additionally differs from B. kacondensis subsp. kacondensis   in being largely glabrous (vs coarsely hairy throughout) and in the plants being less widely branched. Vegetatively, this species most closely resembles B. eburnea   but it is easily separated by the much larger, blue-lilac flowers 42 – 53 mm long, with longer staminal filaments 17 – 18.5 mm long that are glandular throughout (vs corolla white to pale yellow, 28 – 31 mm long, staminal filaments 6.5 – 8 mm long, glabrous except at the base in B. eburnea   ); B. eburnea   also has narrower, subulate to oblancelate bracteoles that are markedly arcuate.

HABITAT & ECOLOGY. Barleria thunbergiiflora   occurs in open grassland rich in geoxylic suffrutices on deep Kalahari Sands on plateaux above rivers, and in seasonal marshes (“tengas”) at 1190 – 1400 m alt. It appears to occur on more nutrient-poor sites than most of the allied species in sect. Somalia.

CONSERVATION STATUS. This species is currently known from three localities, two of which are in close proximity in western Moxico Province. The third locality is over 200 km to the northeast of the Moxico sites, in southern Lunda Sul Province. However, the area of Angola in which it occurs is one of the least well botanised regions of continental Africa (see Discussion) and its range is likely to be larger than currently known given the fact that its preferred habitats are widespread there. Of the two populations found by D. Goyder (pers. comm.), only a single patch of this species was found at the type locality, but at the second locality (his collection 8952) the population was much larger and scattered over several kilometres. The perched valley-grasslands on sand that this species occupies are nutrient-poor and are not suitable for agriculture, so there are no obvious threats. Increased frequency of burning, observed in some areas (D. Goyder, pers. obs.), may result in gradual ecological changes over time but the human population remains low within much of its range at present. It is therefore assessed as of Least Concern — LC.

ETYMOLOGY. The species epithet “ thunbergiiflora   ” refers to the fact that the flowers of this species superficially resembles the genus Thunbergia   in having large, funnel-shaped corollas and in the large calyx lobes resembling the conspicuous paired bracteoles in Thunbergia   . Indeed, the type specimen of this plant was first identified as a Thunbergia   in the field.

NOTES. Exell & Mendonça 1345 from the Kasai River along the Lunda Sul-Moxico provincial border is close to the other material of this species, although the leaves and bracts are obovate (but note that in Goyder 8952 some of the stems have equally obovate leaves) and the bracteoles are larger, less markedly conduplicate and more oblong or oblanceolate. This specimen only has old, empty calyces and it would be desirable to collect flowering material from that location to confirm that it belongs here.

The close relationship between Barleria thunbergiiflora   and B. kacondensis   , inferred from morphological evidence, has recently been confirmed by RADseq phylogenetic analysis ( Comito 2019). The two species are readily separated by the characters given in the Recognition section; B. thunbergiiflora   appears to replace B. kacondensis   in the more nutrient-poor soils of eastern Angola. 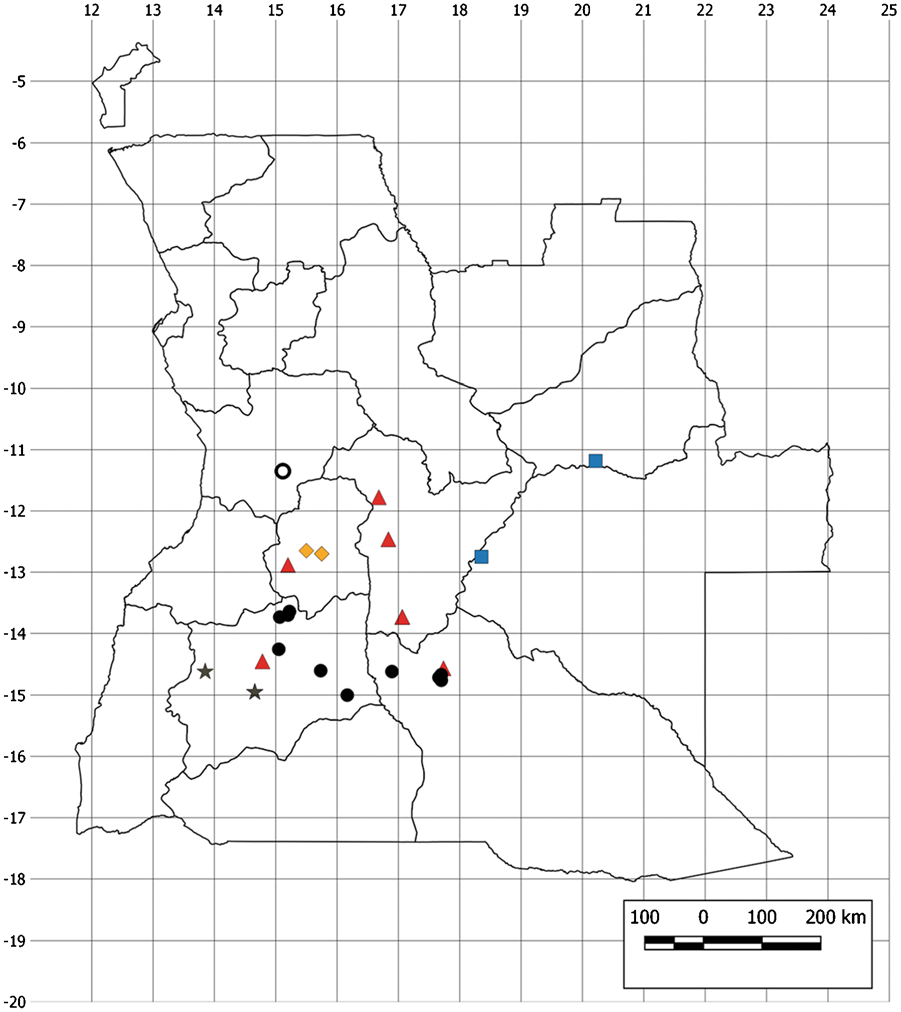 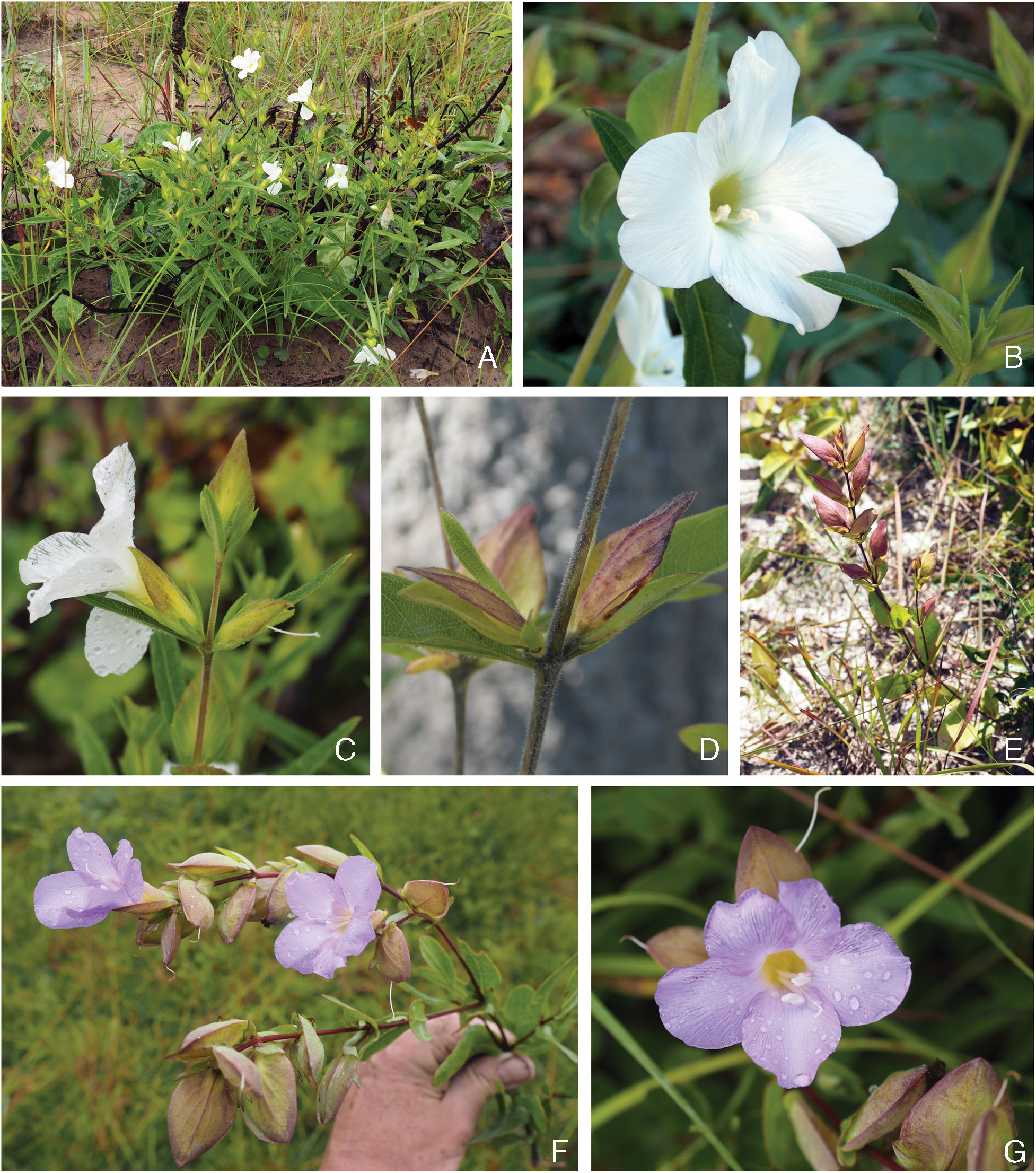 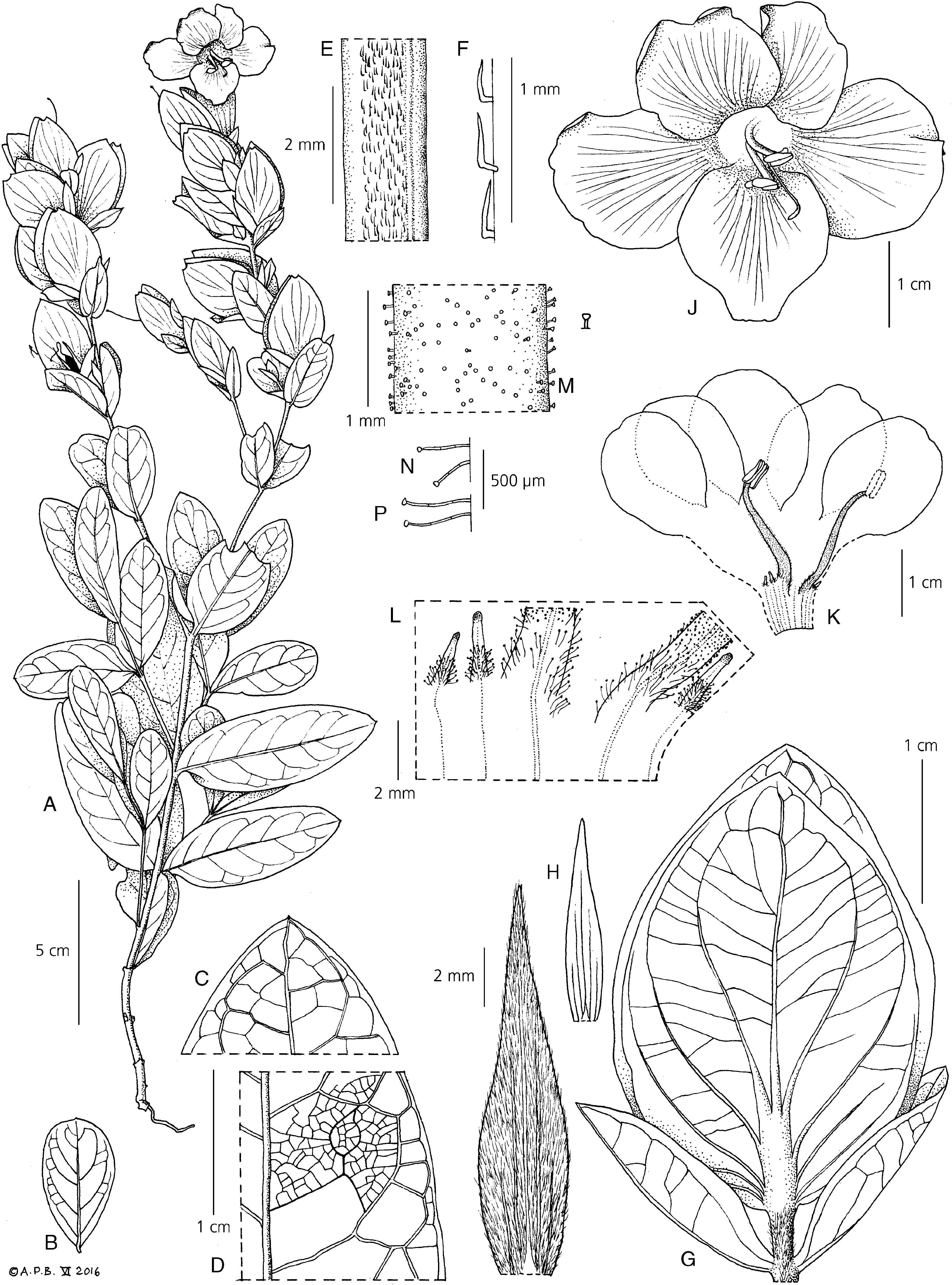