Diagnosis. Schistura crassa   is distinguished from the other species of the genus in Southeast Asia by the following combination of characters: body dull brown with 8–11 poorly contrasted bars, appearing mainly as a midlateral row of irregular blotches overimposed on inner axial streak; largest specimens with a plain dark brown body; pattern at caudal base: a narrow line of deep grey pigments along base of all principal rays and a narrow vertically elongated blotch of black pigments along median ¼ of caudal-fin base; lateral line incomplete, reaching from above pelvic-fin origin to above anal-fin base, with 25–56 pores; lower jaw with a median incision; pelvic-fin origin under branched dorsal-fin rays 1–2; stout body, depth 16.7–22.9% SL (in individuals above about 40 mm SL); depth of caudal peduncle 1.1–1.4 times in its length, 1.1–1.6 times in body depth; small size (mature around 45 mm SL).

Body entirely covered by scales, but scarce or occasionally absent on anterior part of predorsal area; absent on belly in front of extremity of pectoral fin, sometimes until pelvicfin base. Scales embedded, deeply embedded in anterior part of body. Lateral line incomplete, reaching between above pelvic-fin origin and anal-fin base, with 25–56 pores (number increasing with increasing size). Cephalic lateral line system with 6 supraorbital, 4 + 10–11 infraorbital, 9–10 preoperculo-mandibular and 3 supratemporal pores.

Anterior naris pierced on front side of a short flap-like tube. Posterior naris adjacent to anterior one. Mouth arched, gape about 2–3 times wider than long ( Fig. 19 View Fig ). Lips thick. Upper lip with median notch, with a few shallow furrows, edge not crenulated. Processus dentiformis present. Lower lip with median interruption; median part with 2–4 sulci, lateral part smooth. Tip of lower jaw not exposed. A median notch at tip of lower jaw. Inner rostral barbel reaching at most corner of mouth; outer one reaching at most below posterior half of eye. Maxillary barbel reaching at most anterior third of postorbital area. Intestine with a bend behind stomach ( Fig. 20 View Fig ). Air bladder without posterior chamber in abdominal cavity.

Sexual dimorphism. None observed. No specimen with suborbital flap, groove or slit. No modified pectoral rays, no tubercles, no patches of unculi. Ripe females deeper bodied.

Pattern at caudal-fin base: a narrow line of deep, grey pigments along posterior edge of hypural plate along base of all principal rays. A narrow vertically elongated blotch of black pigments along median ¼ of fin base.

Dorsal fin hyaline, pale yellow, with a small black spot at base of simple rays and first branched ray and a narrow band along base of branched rays 2–8, leaving a reddish orange spot between them; a row of spots made of black pigments along edge of rays and between segments near first branching point and on membranes between branches. Caudal fin with a pink triangular patch on extremity of posterior upper procurrent rays expanded as a distal margin on upper two principal rays; a similar mark, much paler, on lower edge; rest of fin pale yellowish. Caudal, anal, pectoral and pelvic fins hyaline pale yellowish; a line of dark grey pigments along edges of rays and between segments. In largest specimen (female) pectoral-fin rays with black pigments on dorsal surface of each ray, as a patch near base and one near branching, denser on posterior branch. No information on juveniles or on live coloration.

Distribution. Schistura crassa   has been observed only in the middle Nam Ngiep ( Fig. 22 View Fig ); the sections upstream and downstream could not be sampled. It has not been observed in the reasonably well surveyed Nam Ngum drainage to the west and in the superficially sampled Nam Xan to the east.

Schistura crassa   has a colour pattern made of 8–11 poorly contrasted bars, discernible mainly as a midlateral row of blotches where overimposed with inner axial stripe, with most specimens almost plain brown. The barred pattern distinguishes S. crassa   immediately from several other species of Schistura   , a number of which actually belong to distinct and still unnamed genera: S. dorsizona   (with a whitish to pale yellowish body; a conspicuous large black blotch occupying most of caudal-fin base, usually diamondshaped or triangular; colour pattern made of a combination of saddles and a midlateral stripe, rarely of bars; Fig. 9 View Fig ), S. isostigma   (with a pale yellowish white body; a midlateral row of 5–7 longitudinally elongated blotches; 5–8 irregular saddles on dorsal midline; suborbital flap present), and S. atra   (with a plain dark brown to black body; nostril flap elongated, reaching eye).

Some of the species of Schistura   with a barred colour pattern have characters infrequently seen in the genus that distinguish them from S. crassa   as follow: S. coruscans   and S. leukensis   have a broad, short and poorly marked processus dentiformis (vs. slender, narrow, pointed in S. crassa   ); S. defectiva   has, in lateral view, a pointed snout and head, whose profile is straight from the tip of the snout until about halfway to dorsal-fin origin (vs. rounded in S. crassa   ); and S. tubulinaris   has the anterior naris at the tip of a tube (vs. on the front side of a flap in S. crassa   ).

From the remaining species of Schistura   with a barred colour pattern, S. crassa   is distinguished by having the bars poorly contrasted, discernible mainly as a midlateral row of irregular blotches and overimposed on inner axial stripe; some specimens have a plain body. In all the other barred species the bars are distinct and contrasted against the background. Besides, S. crassa   is distinguished:

— from S. ephelis   in having an incomplete lateral line (vs. complete); the top of the head and the cheeks plain brown (vs. top of head vermiculated, cheeks dotted); low dorsal and ventral keels on caudal peduncle (keels high); a median notch in the upper lip (vs. no notch);

— from S. personata   in having 8–11 very poorly contrasted bars (vs. 12–16 distinct bars); an incomplete lateral line (vs. complete); a median notch in the upper lip (vs. no notch); the top of the head plain brown (vs. vermiculated);

Conservation status. Schistura crassa   was observed in 2014 at several localities in the Nam Ngiep itself and small tributaries. All these sites will be flooded by the Nam Ngiep 1 reservoir (320 masl) or are in the drawdown zone. It is expected to be present further up in these tributaries, as well as in unsurveyed parts of the Nam Ngiep drainage. These streams could not be sampled further upstream because of access difficulties and serious security issues. Because of its apparent preference for stretches with fast current, S. crassa   is expected to reach some distance upstream along these tributaries. With current data, all known sites will be inundated, at least part of the year, or covered by sediments and the survival of the species at these sites is unlikely. It may be able to survive in some still unsampled areas of the drainage but its presence first has to be demonstrated. However, these are small water bodies with limited flow and they are not expected to be able to support large populations of large adults. The sharp decrease in range, habitat quality and population size probably qualifies S. crassa   to the Endangered or Critically Endangered categories under IUCN criteria (IUCN, 2001). 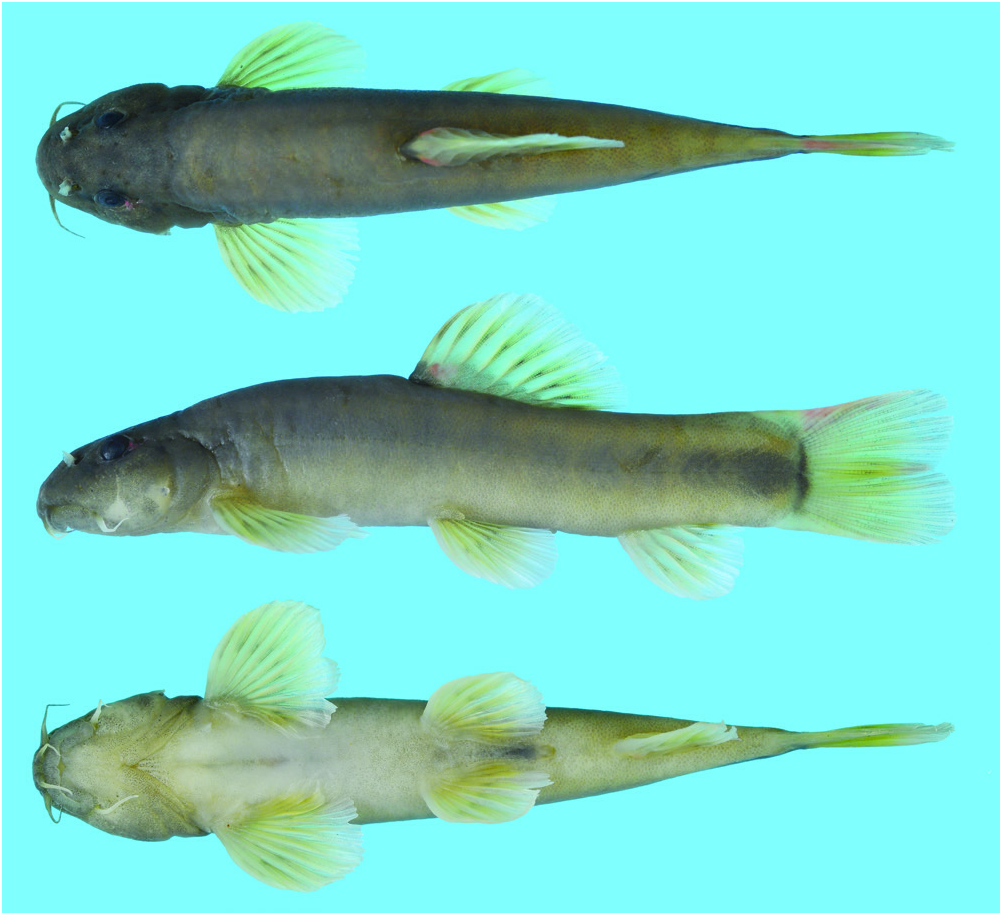