Eyes: Cornea as wide as peduncle, slightly shorter than length of peduncle; reaching to distal third of rostrum.

Etymology. After the indigenous Jawi   ‘sea people’ of the Dampier Peninsula (noun in apposition).

Remarks. This new species most closely resembles Uroptychus orientalis Baba & Lin, 2008   from the West Pacific. Uroptychus jawi   can be distinguished from U. orientalis   by the rostrum which is dorsally upturned in U. orientalis   and horizontal in U. jawi   . Also, U. orientalis   has low spines on the ventral surface of the pereopod 1 merus, and a pair of granular ridges on the epigastric region, both of which are absent in U. jawi   . U. jawi   resembles U. brucei Baba, 1986   from north-western Australia but can be distinguished by the number of spines on the flexor margin of the propodi of the walking legs which are more numerous in U. brucei   (17–19) than U. jawi   (4–5). U. jawi   is also similar to the Australian species: U. bardi   sp. nov., U. taylorae   sp. nov., and U. litosus   , but all these species have a much longer antennal scale, which reaches or exceeds the apex of the ultimate peduncle article. The holotype has unequal chelipeds; this has also been reported from some specimens of U. brucei   and U. comptus Baba, 1988   . 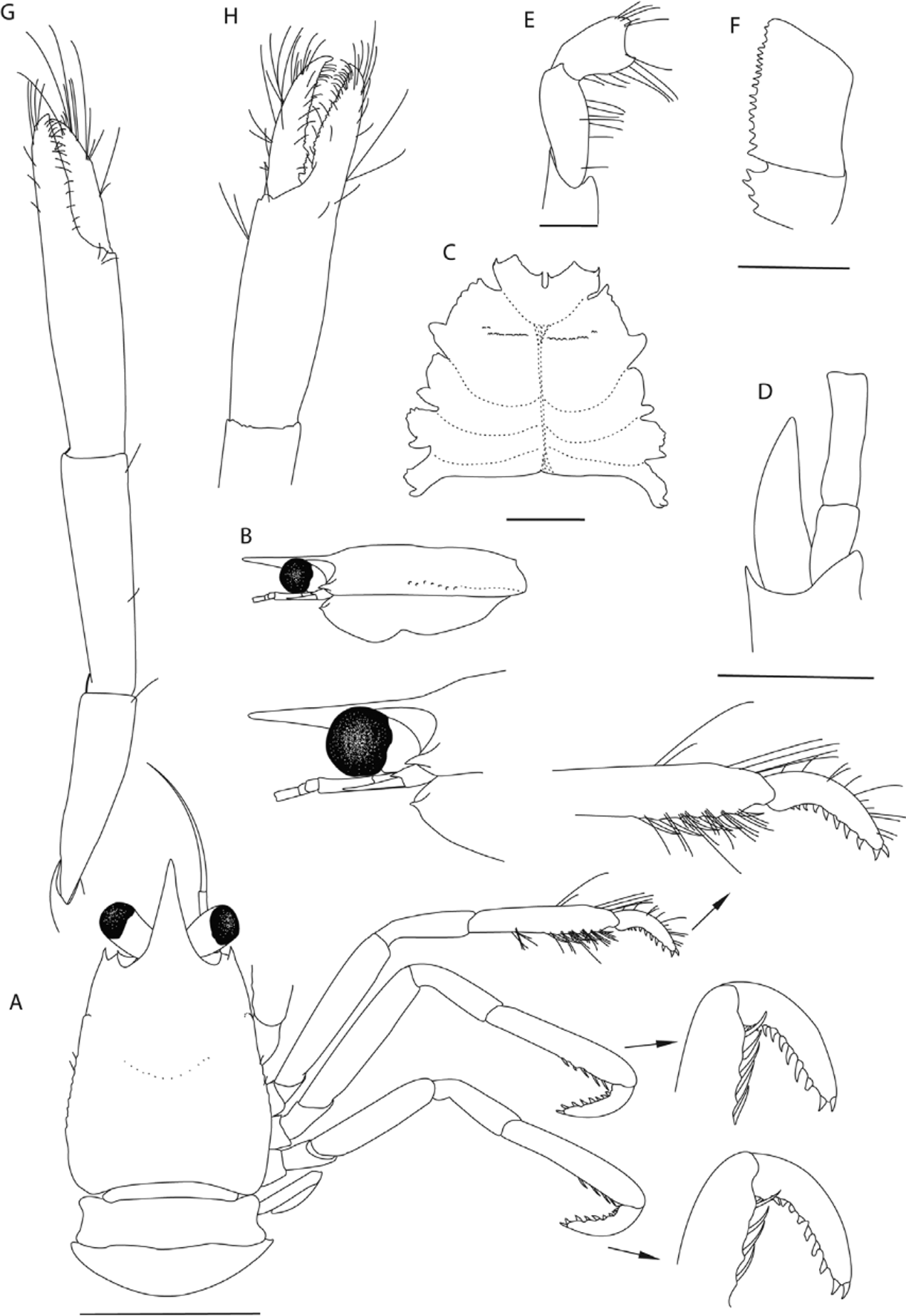