Eyes: Cornea as wide as peduncle, slightly shorter than length of peduncle; reaching to midlength of rostrum.

Etymology. After the indigenous Bardi   ‘sea people’ of the Dampier Peninsula (noun in apposition).

Remarks. Uroptychus bardi   is similar to U. litosus Ahyong & Poore, 2004   , U. occidentalis Faxon, 1893   , U. empheres Ahyong & Poore, 2004   and U. taylorae   sp. nov. (see below), in general carapace shape, the armature of pereopods 2–4, and the length of the antennal scale. Both U. empheres   and U. bardi   can be distinguished from U. occidentalis   , U. litosus   , and U. taylorae   by the presence of a field of granules on the surface of sternite 4, where the latter species have a single row of granules. U. bardi   can be distinguished from U. empheres   by the following: in U. empheres   the merus of pereopod 4 is about half the length of the merus of pereopod 3, while in U. bardi   the merus of the pereopod 4 is 0.8 times the merus of the pereopod 3; U. empheres   has a narrower carapace which is slightly longer than broad (excluding the rostrum), while in U. bardi   the carapace is as long as broad; U. bardi   has a prominent anterolateral spine which distinctly overreaches the outer orbital angle, while in U. empheres   the anterolateral spine does not extend beyond the orbital angle. 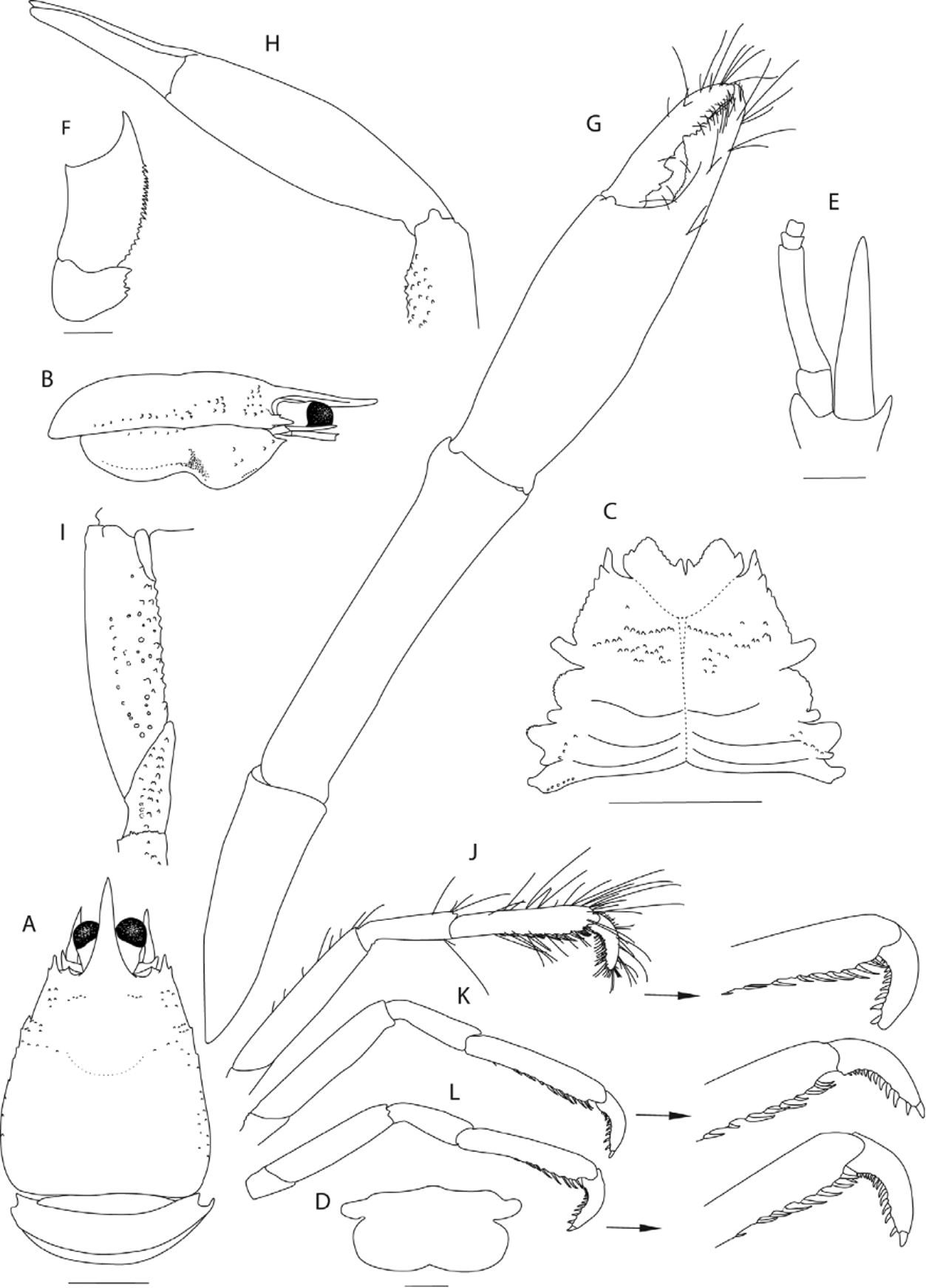