Hyman, Isabel T. & Ponder, Winston F., 2010, A morphological phylogenetic analysis and generic revision of Australian Helicarionidae (Gastropoda: Pulmonata: Stylommatophora), and an assessment of the relationships of the family 2462, Zootaxa 2462 (1), pp. 1-148: 24-30

Mantle cavity and digestive system: As for genus.

Range and habitat. Helicarion mastersi   is found in habitats ranging from rainforest to dry sclerophyll woodland in southern to mid New South Wales. It ranges from Nadgee Nature Reserve, south of Eden in southern New South Wales, to Mt. Kelgoola and Mt. Coricudgy, east of Rylstone, New South Wales, and also extends to the Australian Capital Territory in the west. This species is most commonly found under logs, rocks, litter and other debris on the ground but is also occasionally found on trees, on the trunks or the underside of leaves.

Remarks. Specimens from the extreme southern end of the range (Twofold Bay, southern New South Wales) of Helicarion mastersi   were differentiated by Iredale (1941) as the subspecies Helicarion mastersi callidus   on the basis of a more tightly coiled shell and dark grey body colouration in contrast to the whitish colouration seen in mastersi   . A number of specimens from different parts of the range were examined and no differences in body colouration, shell coiling or anatomy were found. For this reason the subspecies have been synonymised.

The range of Helicarion mastersi   does not overlap with any other Helicarion species.   Helicarion nigra (Quoy and Gaimard, 1832)   is found further south in Victoria and H. leopardina Iredale, 1941   occurs further to the north. Two other semislug species from the group with cryptae in the epiphallic flagellum and no caecum, Mysticarion porrectus   and Peloparion iridis   , overlap in range with H. mastersi   , as does the semislug Fastosarion freycineti   . These species can be distinguished from H. mastersi   by their smaller size and different body colouration. Mysticarion porrectus   has a cream body, P. iridis   is grey with dark markings on the foot and around the rounded mantle laps and F. freycineti   is cream with grey markings and has a less flattened shell than H. mastersi   . 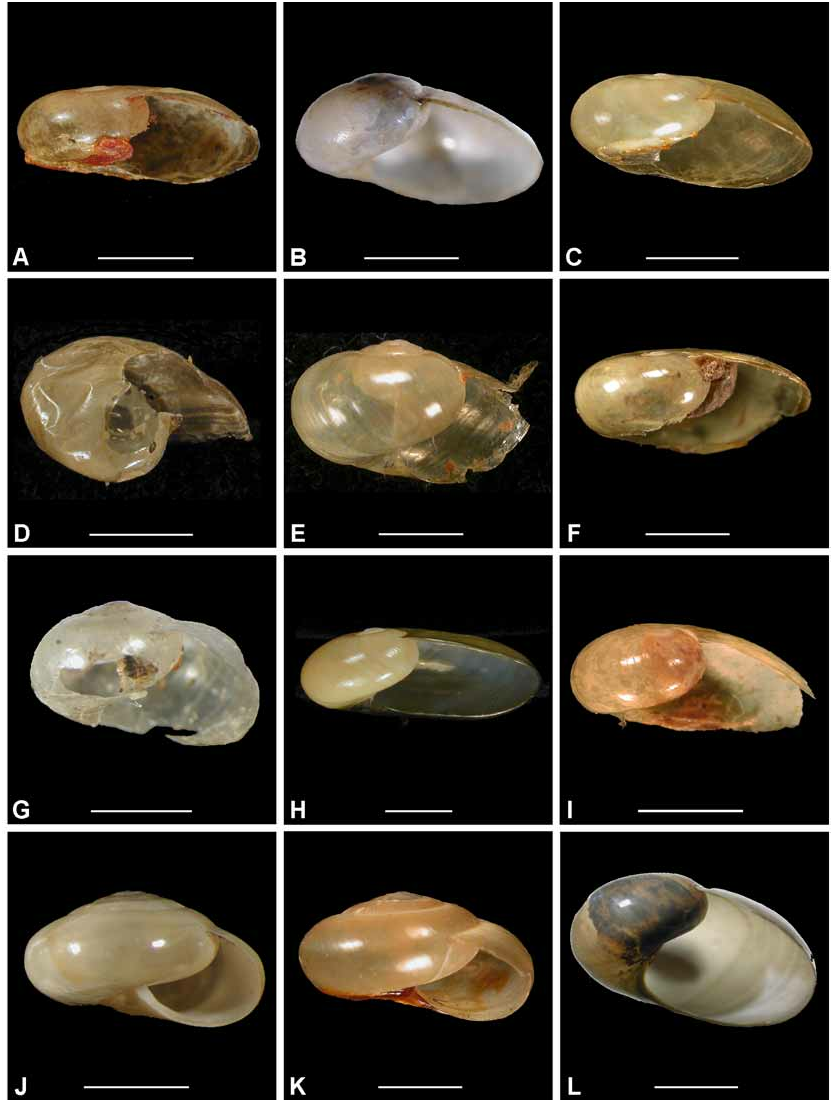 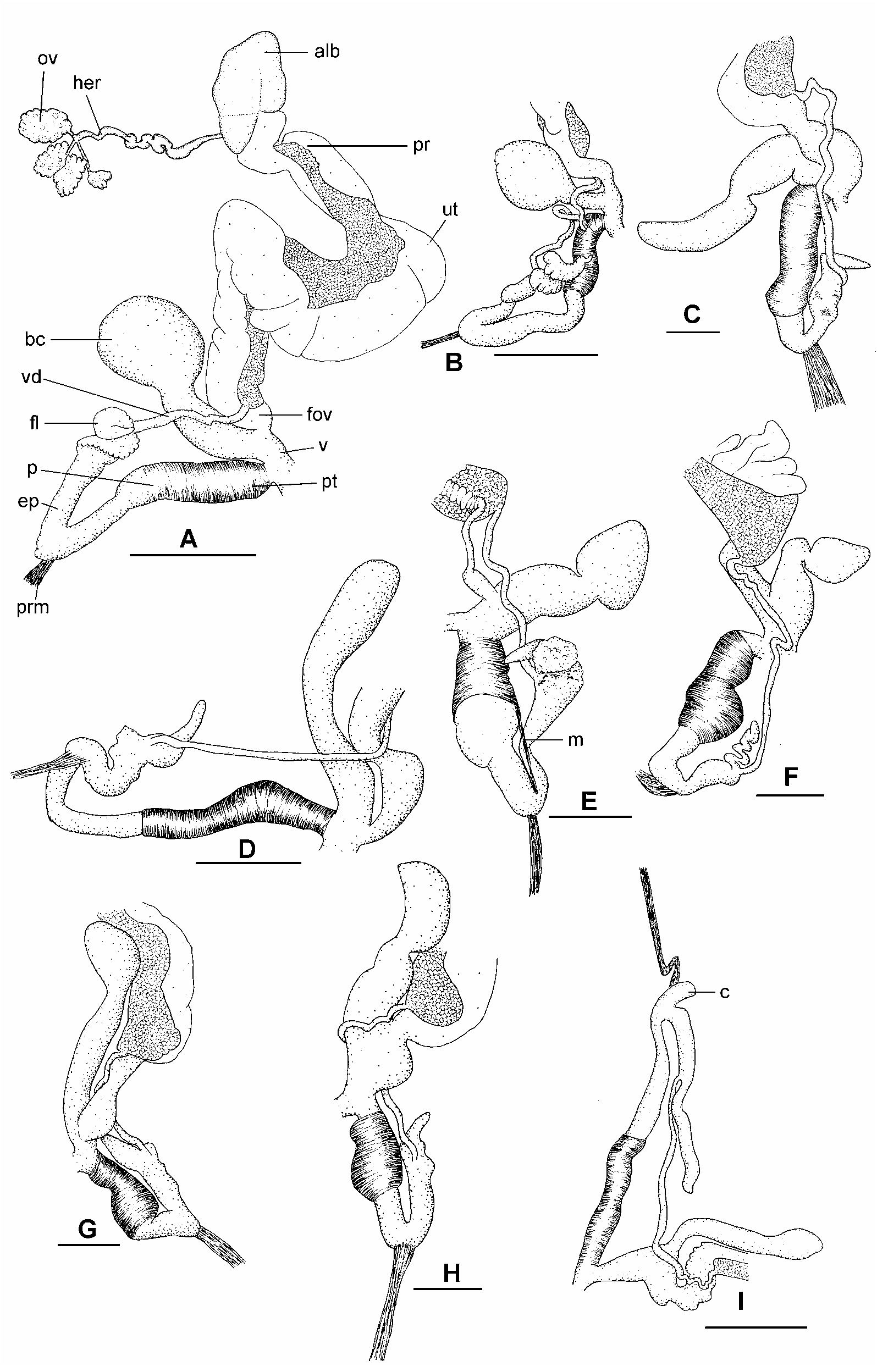