Recognition. Males of the genus are readily distinguished by their striking antler-like antennae ( Figs 1–8 View FIGURES 1–3 View FIGURES 4–9 ), each bearing one or many projections on the outer surface of the enlarged postpedicel ( Figs 1 View FIGURES 1–3 , 4, 6 View FIGURES 4–9 ), and by their distinctive hypopygia with ventrally projecting right and left apicoventral epandrial lobes, each bearing a pair of long fine setae ( Figs 17, 19 View FIGURES 15–19 , 22, 24 View FIGURES 20–24 ). Females are problematic to recognize when not collected with males, and cannot readily be diagnosed from females of Paraclius Loew.   Morphological features shared among all species are given in the full generic redescription provided by Brooks et al. (2010) and are not included in the species descriptions below.

Distribution. Based on the material examined in the revision by Brooks et al. (2010) and new records reported herein, the genus is known to occur from the following countries: Costa Rica, Colombia, Ecuador, Brazil (Acre, Amapá, Amazonas, Ceará, Pará, Piauí, Pernambuco, Maranhão, Minas Gerais, Roraima, São Paulo, Sergipe, Tocantins), Bolivia (La Paz), Guyana, Surinam and French Guiana. Currently the genus has not been recorded from southern South America or from the Pacific side of the Andes Mountains. 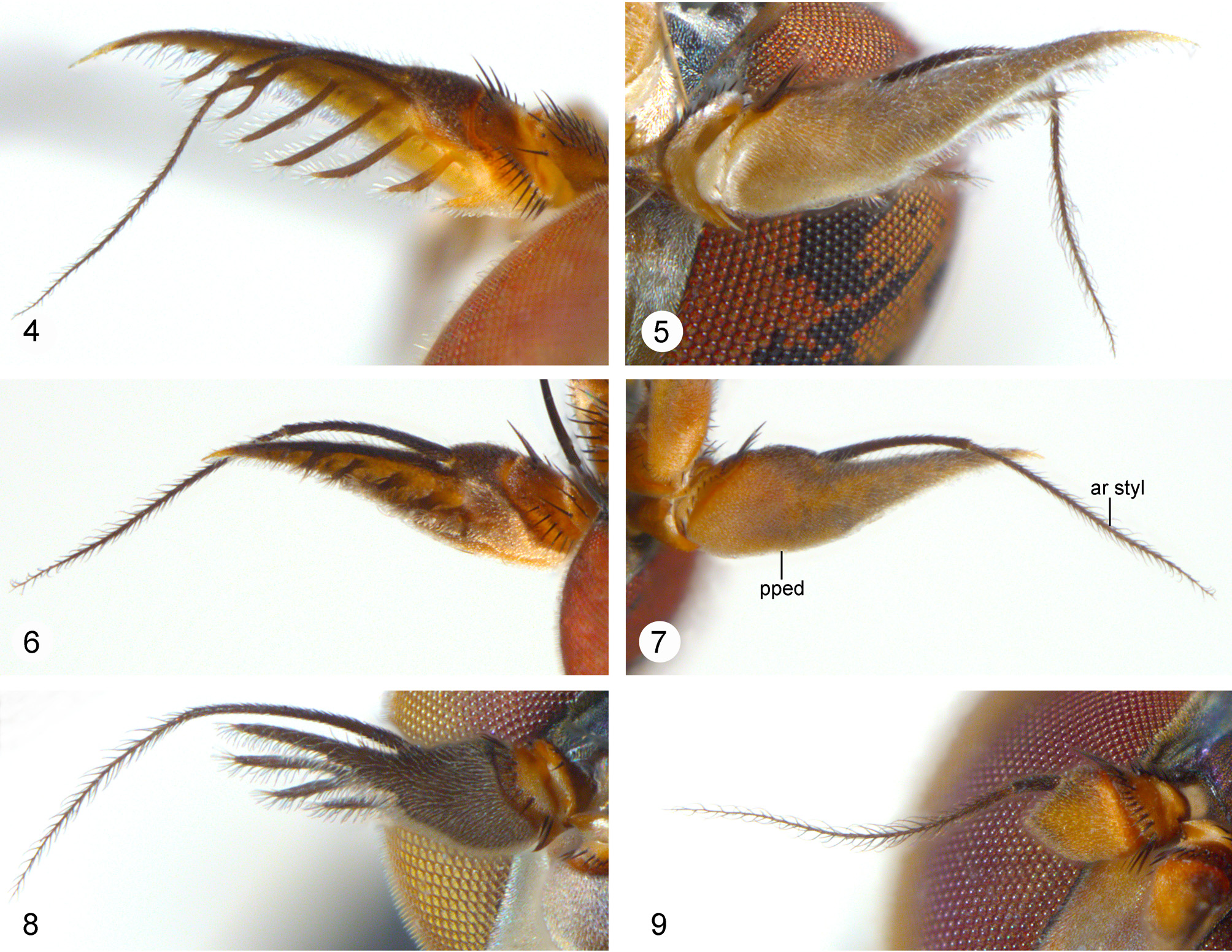