This species is similar to F. nanus and F. opacus sp. n. but can be separated from the former by having the last abdominal sternite flat, without a transverse convexity, and by shiny elytral intervals with rounded to elongated tubercles. From F. opacus n. sp. it differs in having the base of the pronotum flat, very close elytral striae 9 and 10, and pygidium without longitudinal keel in basal part.

This species is known from one locality in Namaqualand (Northern Cape Province) ( Figure 43 View Figures 39–43 ).

The specimen was collected on a flower most probably by chance since no species of related taxa are know to be associated with flowers. 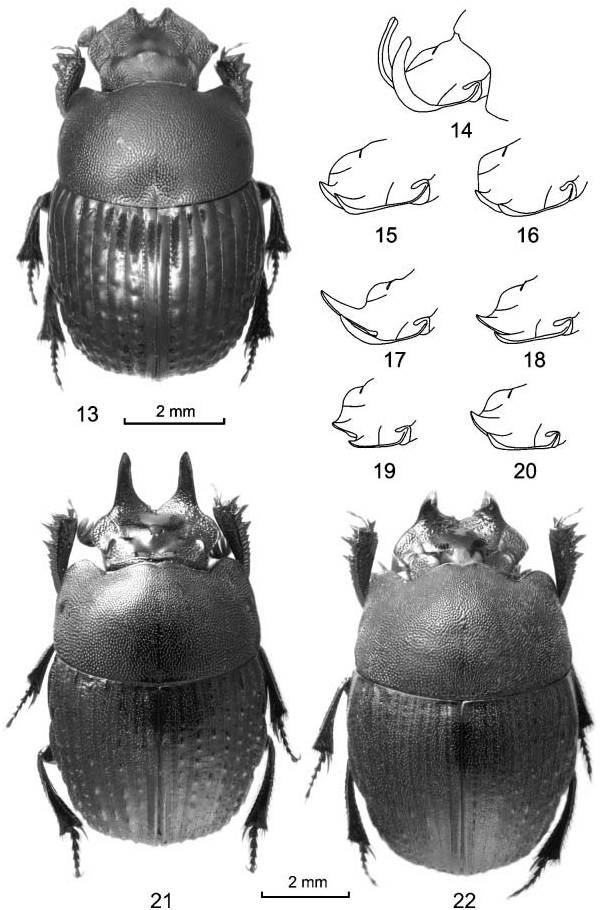