Most Astrothrips   species have two or three of the distal antennal segments fused, but in asiaticus   and strasseni   all eight antennal segments are clearly separated. This species has 8-segmented antennae with the sense cone on segments III–IV simple, and the male with U-shaped sternal pore plates. It was described originally ( Bhatti 1967) in a monobasic genus, Sempothrips but was subsequently transferred to Astrothrips   by Wilson (1975). Previously known only from western India, this species is here newly recorded from China. 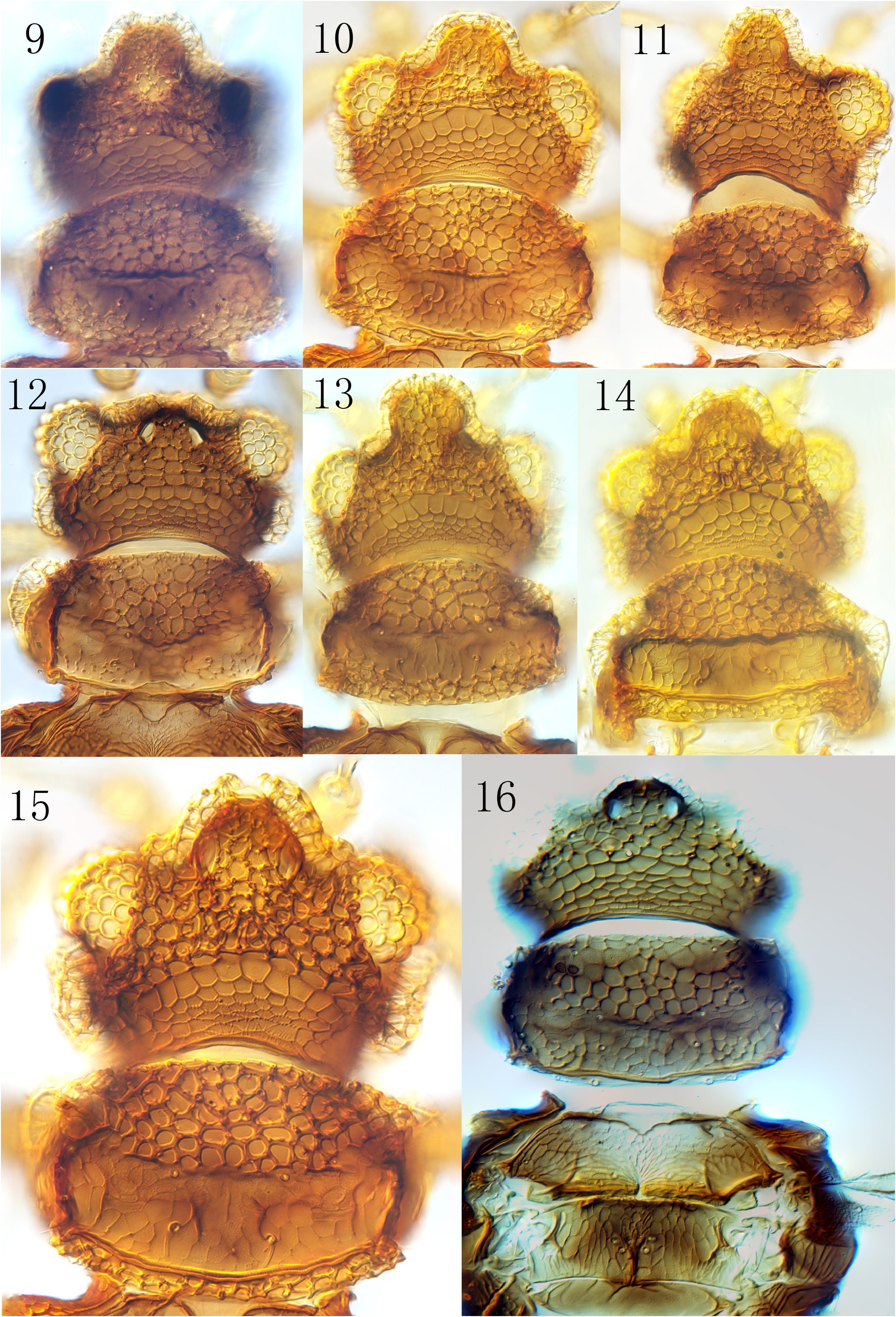