Described from the island of New Britain, Papua New Guinea ( Karny 1913), this species is recorded widely across southeast Asia from India to Japan and the Philippines ( Rachana et al. 2019). However, the identity of globiceps   has been difficult to establish, due to confusion created by Wilson (1975) in placing the species twice in his key to species, but without comment or explanation in his main text. It was keyed as either having, or as not having, a submarginal ridge near the pronotal posterior margin. Photographs of the pronotum of Karny’s original specimen have been studied, and globiceps   is now diagnosed as having a small transverse ridge that extends across only the median third of the pronotal posterior submargin ( Rachana et al. 2019). These authors also referred to a male from Timor Leste as having U-shaped sternal pore plates ( Fig. 5 View FIGURES 1–8 ), and this condition is here confirmed by the specimens listed below that newly record globiceps   from Southern China in Hainan and Yunnan Provinces. 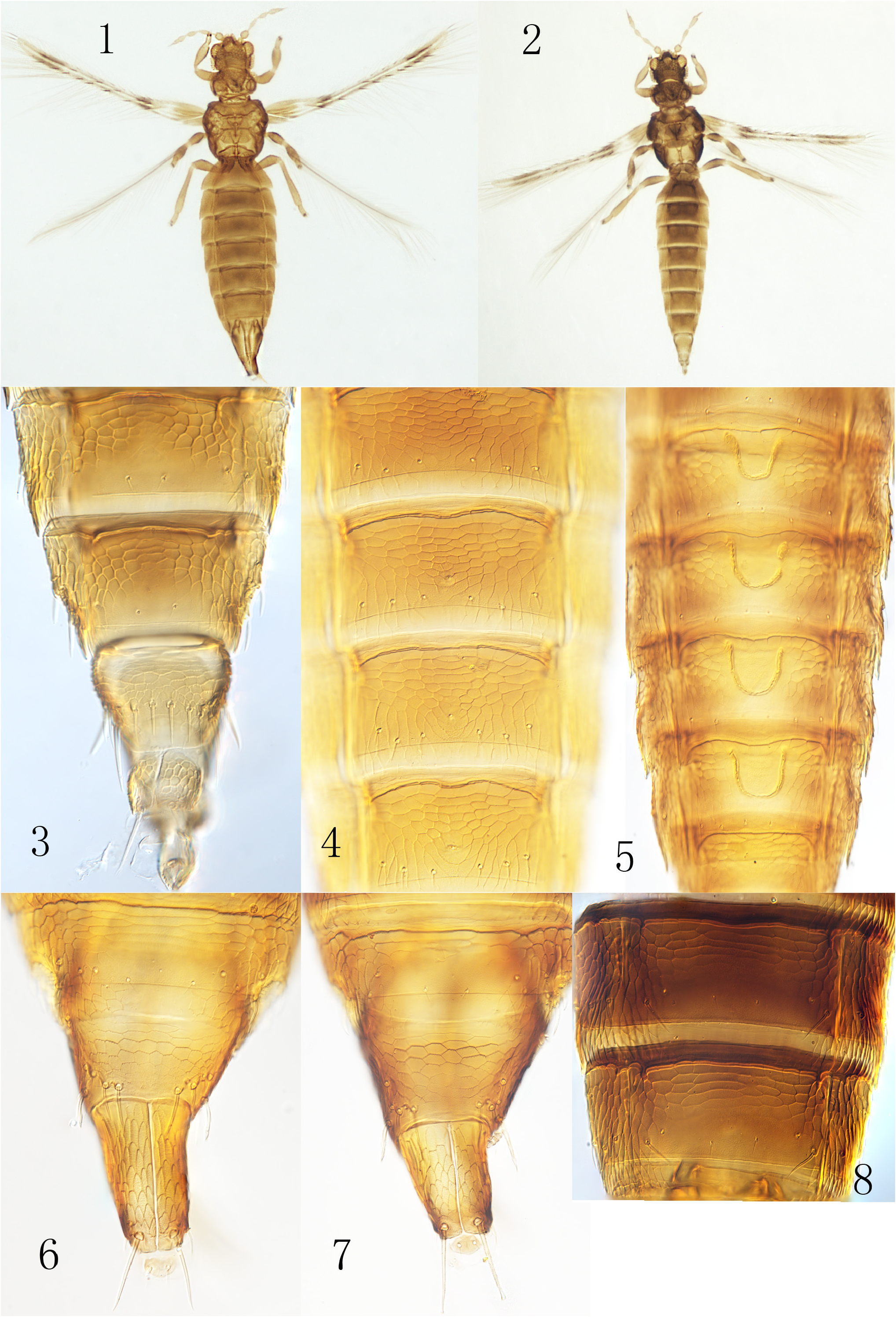