Alburnus selcuklui   was described by Elp et al. (2015) from the upper Botan River drainage in Turkey. The Botan is one of the major tributaries of the upper Tigris. Elp et al. (2015) distinguish A. selcuklui   from A. sellal   by having a rounded snout (vs. pointed) and very slightly projected lower jaw (vs. distinctly projected) and having 10–15 gill rakers (vs. 13–17). We examined 20 individuals of Alburnus   from the type locality of A. selcuklui   and found all characters largely overlapping ( Table 2 View TABLE 2 ). The gill-raker counts between both species reported by Elp et al. (2015) are largely overlapping and we count 12–16 gill rakers in our specimens of A. selcuklui   and 10–17 in A. sellal   ; the two species cannot be distinguished by this character ( Table 2 View TABLE 2 ). Indeed, Alburnus   from the type locality of A. selcuklui   have a very short and round snout and the lower jaw is not as much projecting beyond the upper lip ( Fig. 6e View FIGURE 6 ). But this character state is not unique to this population and has also been found in other, geographically very distant populations as for example in the Great Zab drainage in Iraq (FSJF 3685, Fig. 6d View FIGURE 6 ). We found no difference between A. selcuklui   from A. sellal   in any of the morphometric characters examined including the snout length ( Table 3 View TABLE 3 ). In our molecular dataset, fish from the type locality of A. selcuklui   ( Fig. 6e View FIGURE 6 ) share DNA barcode sequences with A. sellal   . Without any morphological and/or molecular characters available to distinguish A. selcuklui   from A. sellal   , we treat A. selcuklui   as a synonym of A. sellal   . 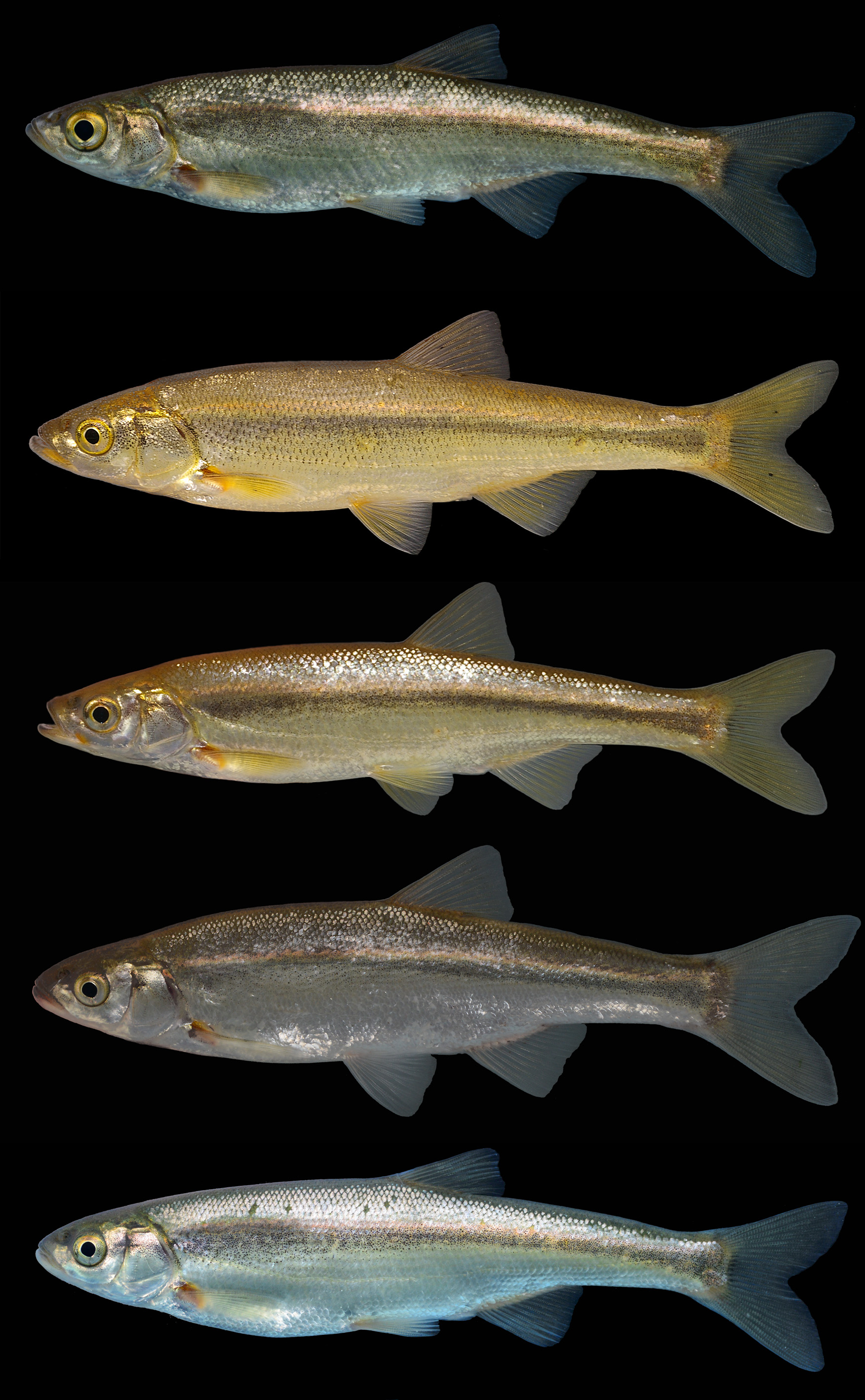