The now dry holotype is 18 mm high. The stalk is divided into two branches, 10 and 8 mm long, 6 and 4 mm wide at the base, and 8 and 4 mm wide at the uppermost part, respectively. Polyp’s body is up to 2-2.5 mm long, and tentacles up to 1.5-2 mm, featuring two rows of pinnules on each side, with 8-11 pinnules in the outermost row. The sclerites are Ovabunda   -type ( Fig. 14a View Figure 14 ) and are almost evenly distributed in all parts of the colony, measuring 0.013-0.028 × 0.019-0.039 mm in diameter (n = 36 sclerites). Occasionally, two sclerites are fused, measuring up to 0.045 mm in maximal diameter ( Fig. 14b View Figure 14 ). The original description stated that polyp pulsation in this species occurs in live colonies. The ethanol-preserved colony is light brown.

At the time of examination the type was dry and, therefore, the dimensions of the pinnules are lacking and the current measurements do not reflect the original ones given by Verseveldt and Cohen (1971), who stated that "The colonies are 8-15 mm high and 10-15 mm wide. Three to four branches arise from a short stem 1-2 mm high. These branches, 2-3 mm high and 3-4 mm wide... The anthocodiae are 2 mm high and 1.2 mm wide, and tentacles are up to 2 mm long". We encountered three colonies, one with a branched stalk and two with undivided stalks. It is possible that they originally belonged to a colony that disintegrated. The current findings in general agree with the original description, although the maximal diameter of sclerites noted in the original description is larger than our findings (0.030 vs. 0.044 mm, respectively). A colony from the Seychelles was also assigned to Ovabunda impulsatilla   by Janes (2008). The SEM micrographs of the holotype sclerites given by Aharonovich and Benayahu (2011), along with the current ones ( Fig. 14 View Figure 14 ), confirm that the species should be assigned to the genus Ovabunda   .

Our measurements of the dimensions of the holotype of Ovabunda aldersladei   (RMNH Coel. 38681) agree with those of the original description. It features 3 mm long polyp’s body, 2 mm long tentacles, with two rows of pinnules on each side, and 8-12 pinnules in the outermost row. The densely set pinnules are up to 0.6 mm long and 0.2-0.3 mm wide and with almost no gap between adjacent pinnules. The sclerites are Ovabunda   -type spheroids ( Fig. 16 View Figure 16 ), measuring 0.012-0.030 × 0.018-0.042 mm in diameter (n = 46 sclerites). Janes (2008) did not mention polyp pulsation for that species. The ethanol-preserved colony is light beige. The features of the holotype match the original description of Ovabunda aldersladei   , except for sclerite size, which was found to be larger in our examination (up to 0.042 mm vs. up to 0.026 mm). The sclerites are indeed Ovabunda   -type ( Fig. 16 View Figure 16 ), similar to those depicted by Janes (2008: fig. 10). Based on similarity between Ovabunda aldersladei   and Ovabunda impulsatilla   in number of rows (two in both), number of pinnules in the outermost row (8-12 and 8-11, respectively), and the size and microstructure of the sclerites it is concluded that the junior species Ovabunda aldersladei   should be synonymized with Ovabunda impulsatilla   , giving priority to the latter. 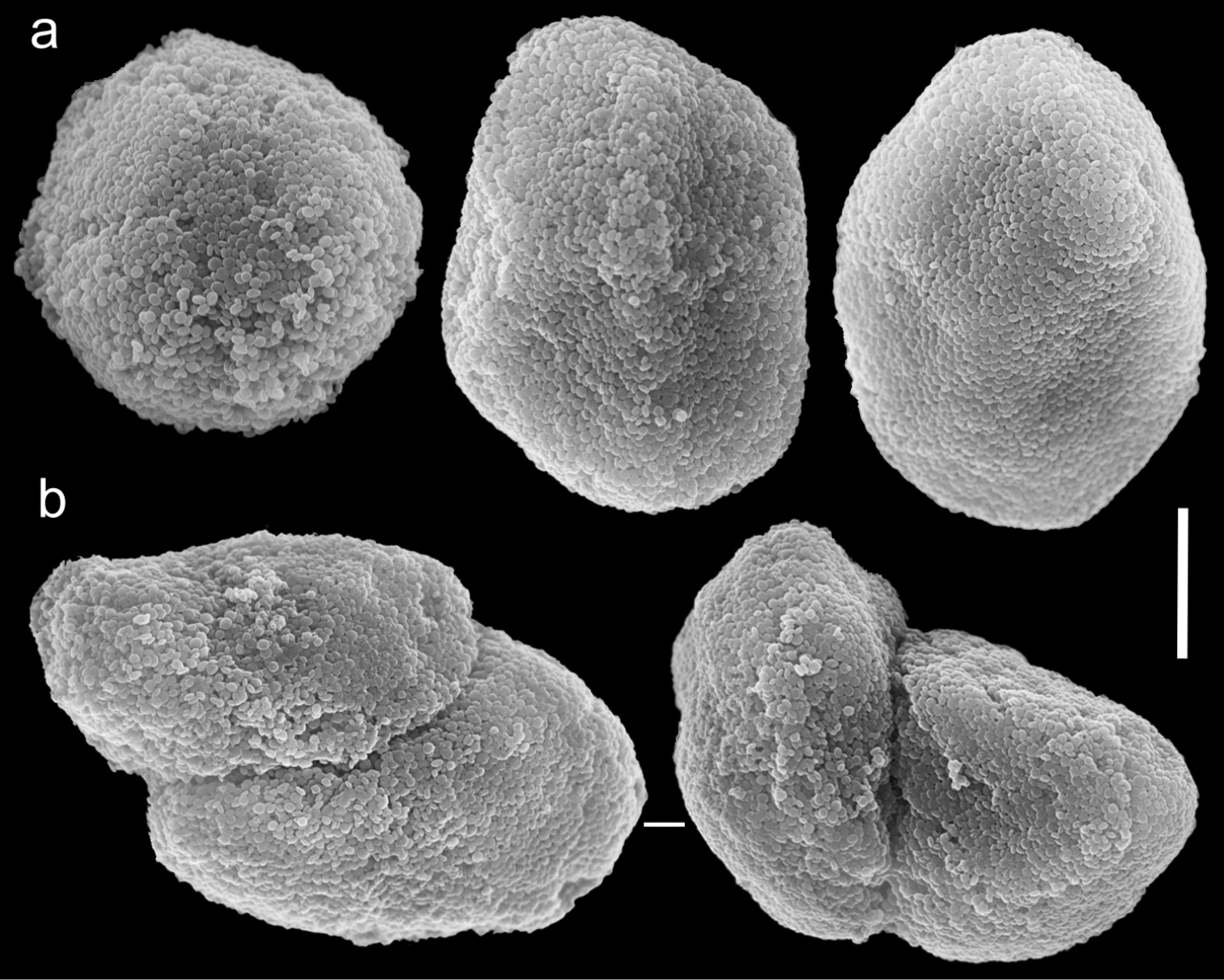 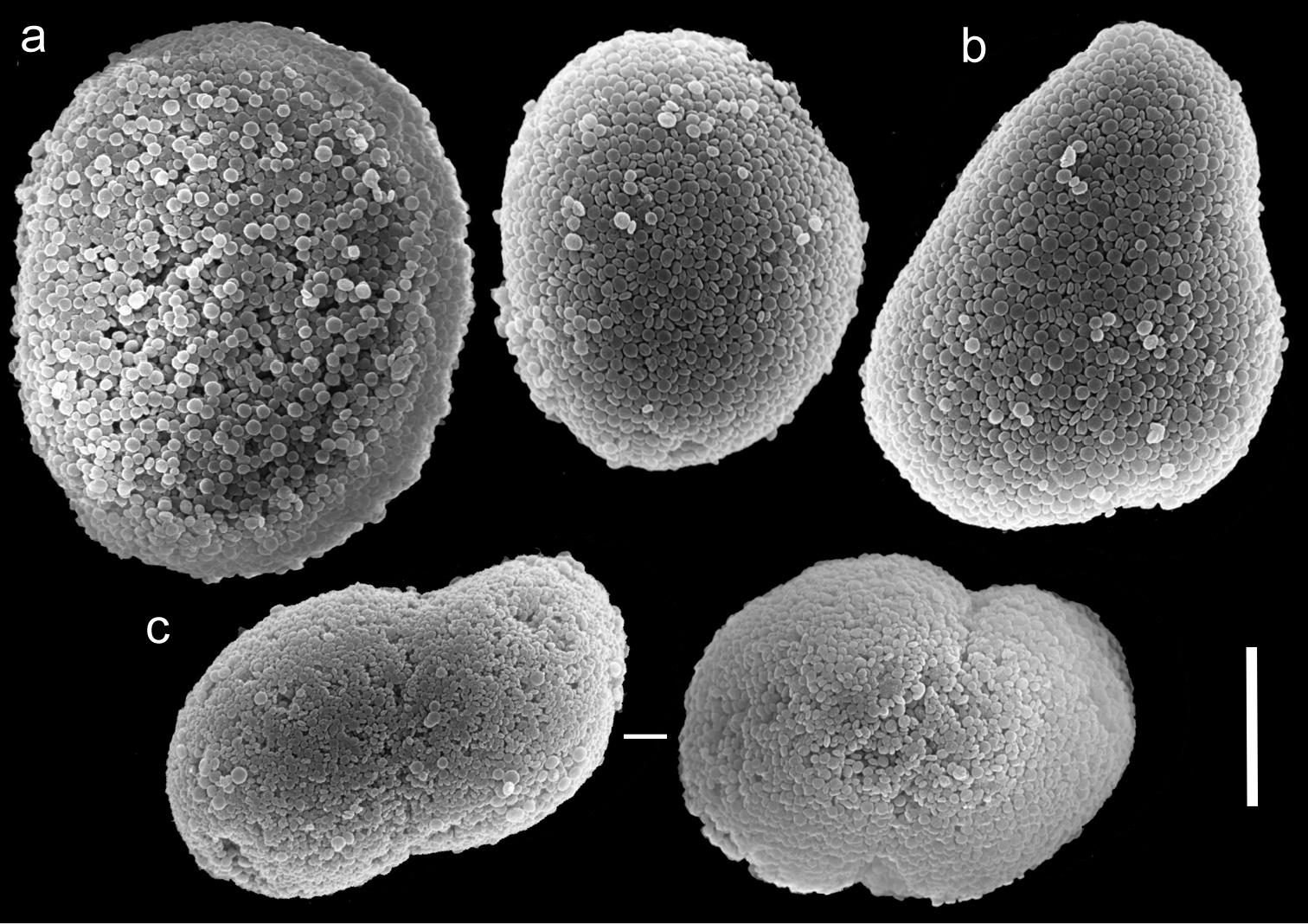 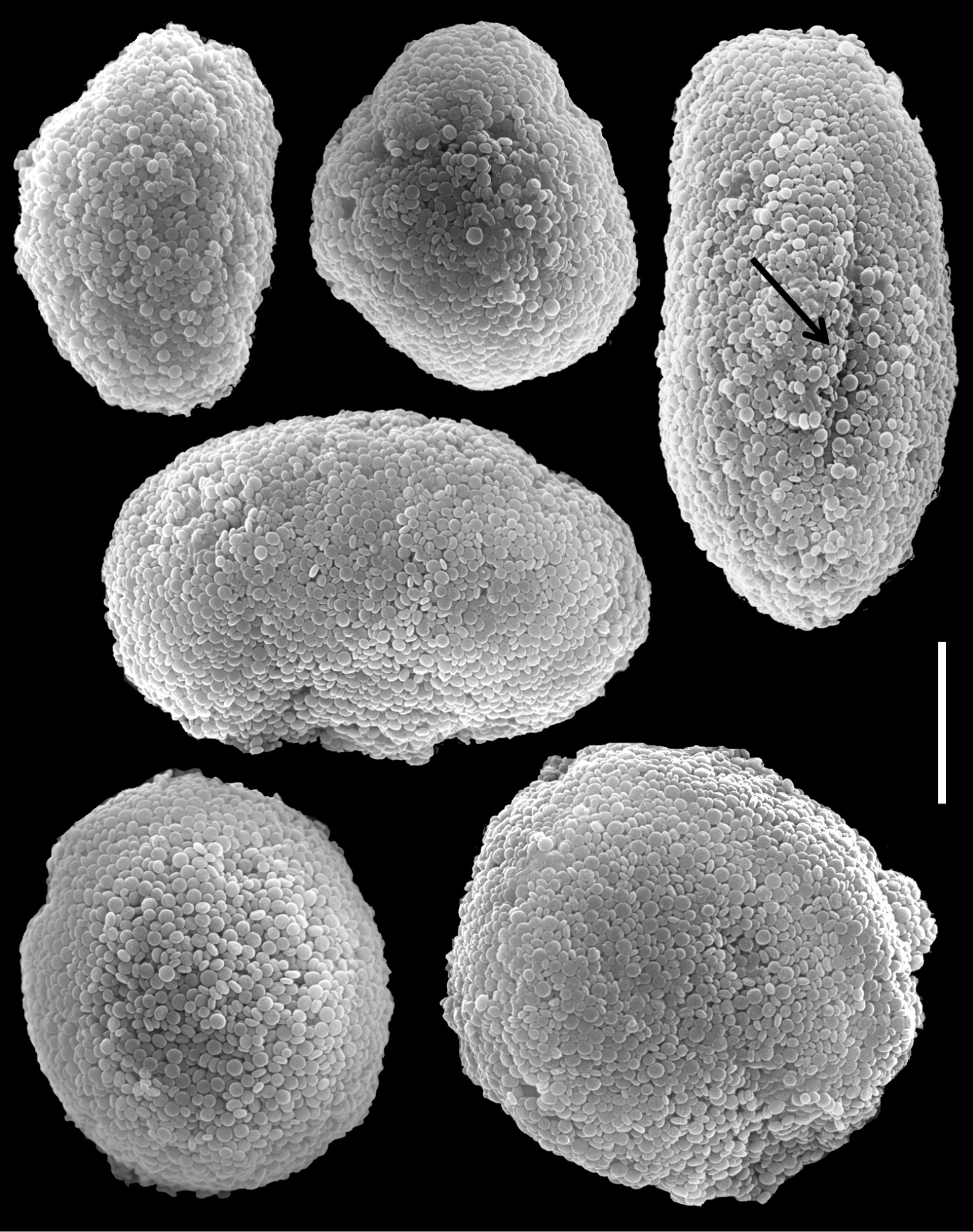