Trybliographa can be abundant in New Zealand. For example, Hodge et al. (2010) surveyed the insect fauna of different habitat types using mushroom baits. Of the 125 Hymenoptera specimens collected, 96 % were Trybliographa . They were abundant in exotic conifers and urban sites but not native forest. Interestingly, in this study only one specimen of Anthomyiidae ( Diptera ) was caught, a group which is usually parasitised by Trybliographa ( Paretas-Martínez et al. 2013) . 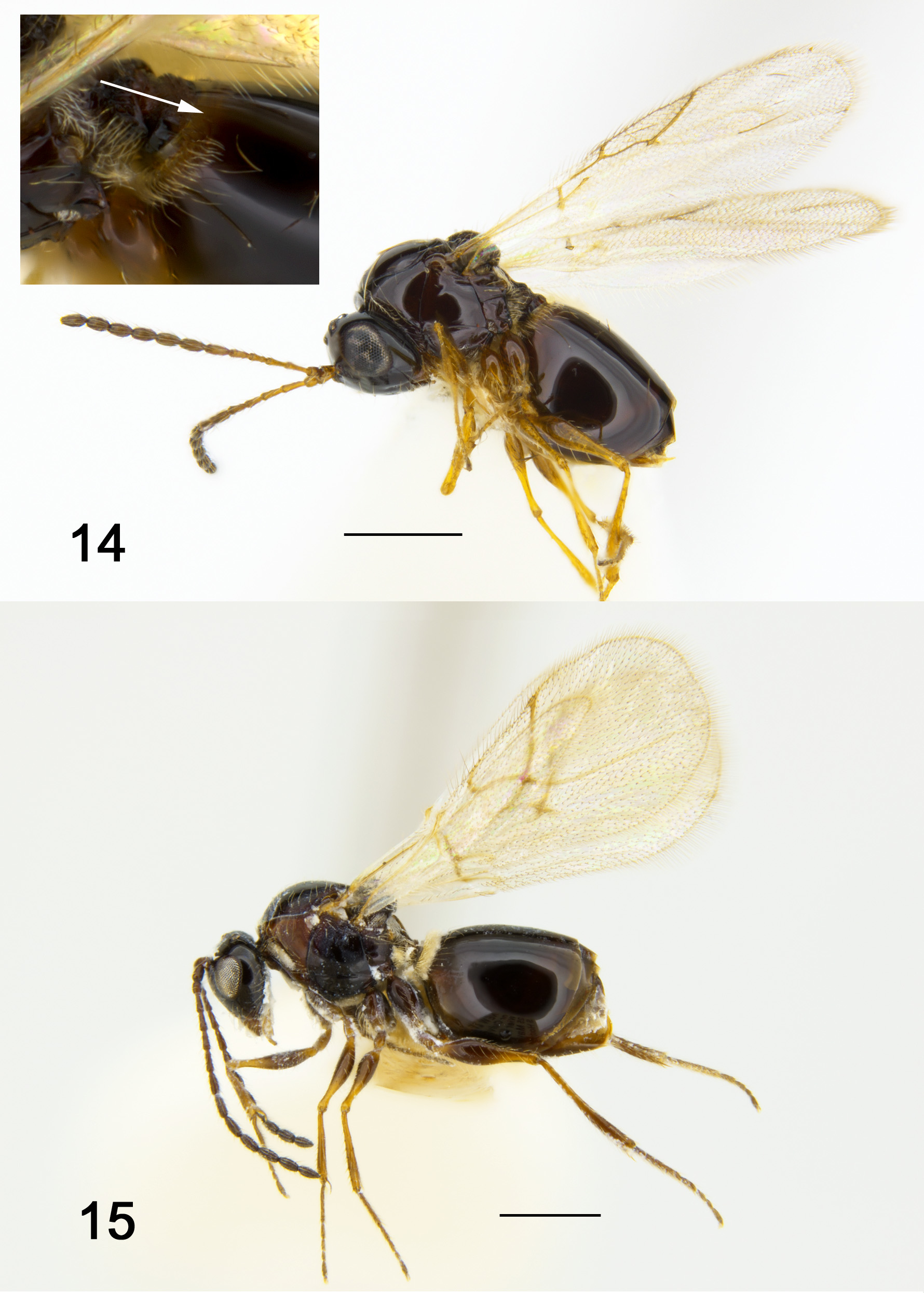