Kleidotoma has a broad range of host fly families worldwide ( Paretas-Martínez et al. 2013), and have been associated with cow dung, carrion and algal mats ( Beardsley 1993; Buffington 2010). They are easily recognised by having a bilobed distal margin of the forewing. The only other cynipoid taxa with this character are emarginines. 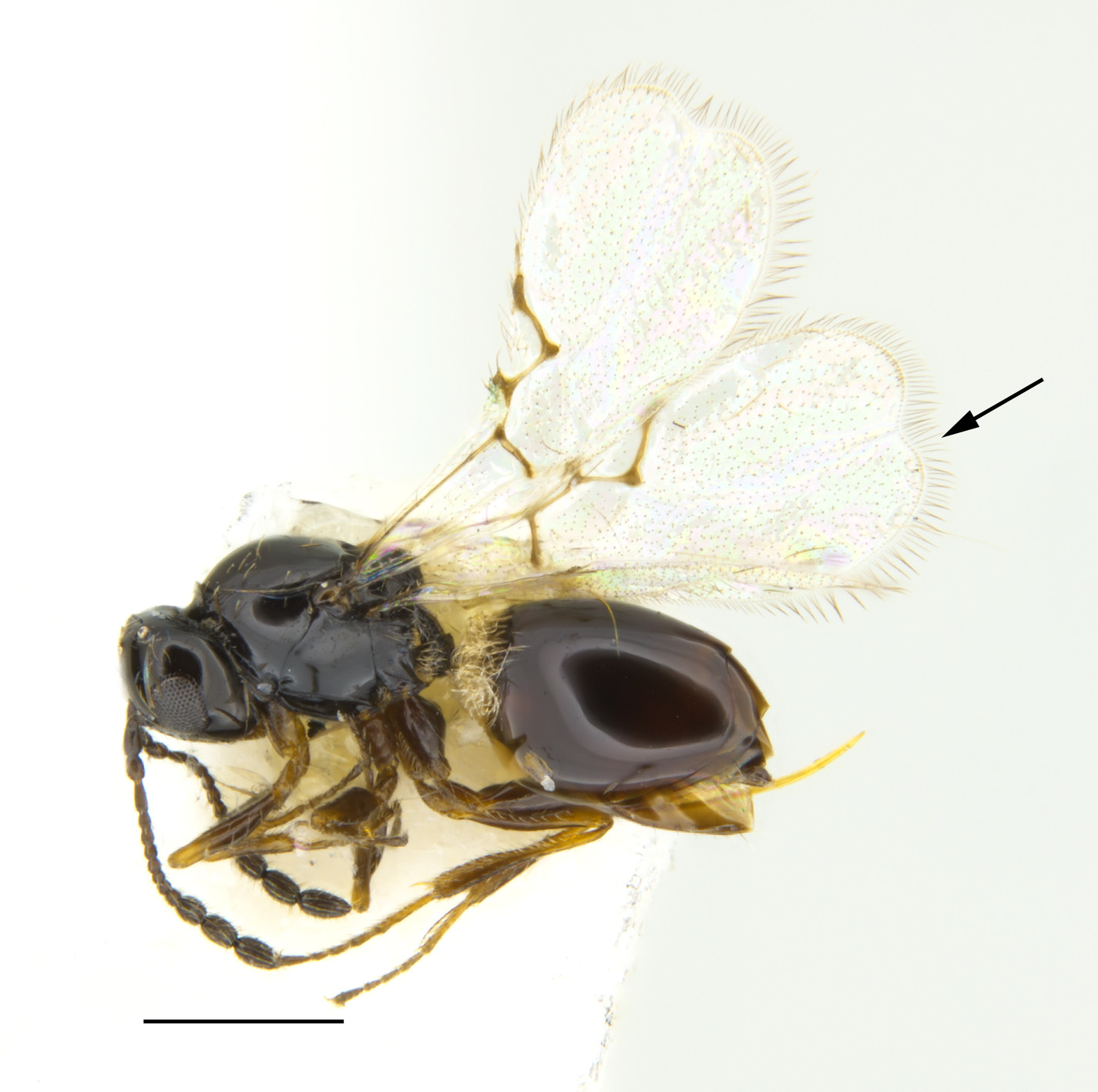