Ibalia leucospoides leucospoides is a biological control agent, purposefully introduced into New Zealand for the control of the European woodwasp, Sirex noctilio ( Bain et al. 2012) . Ibalia is the largest cynipoid in New Zealand and is characterised by a strong laterally flattened metasoma, and with the marginal cell of forewing very long and narrow. It is now uncommon, but found throughout the country ( Nuttall 1989).

Ibalia l. leucospoides was introduced in 1950–1951 from England and then again in 1966–1968 from Australia, where it had also been introduced as a biological control agent ( Bain et al. 2012). It was first recovered in New Zealand in 1957 and is considered to be established throughout New Zealand ( Nuttall 1989). In 1963, another subspecies, Ibalia leucospoides ensiger Norton , was also introduced from California and also in 1966–1968 from Tasmania. Although this subspecies was found again in some forests it has interbred with I. l. leucospoides and it has not been recognised since 1976 ( Nuttall 1989). 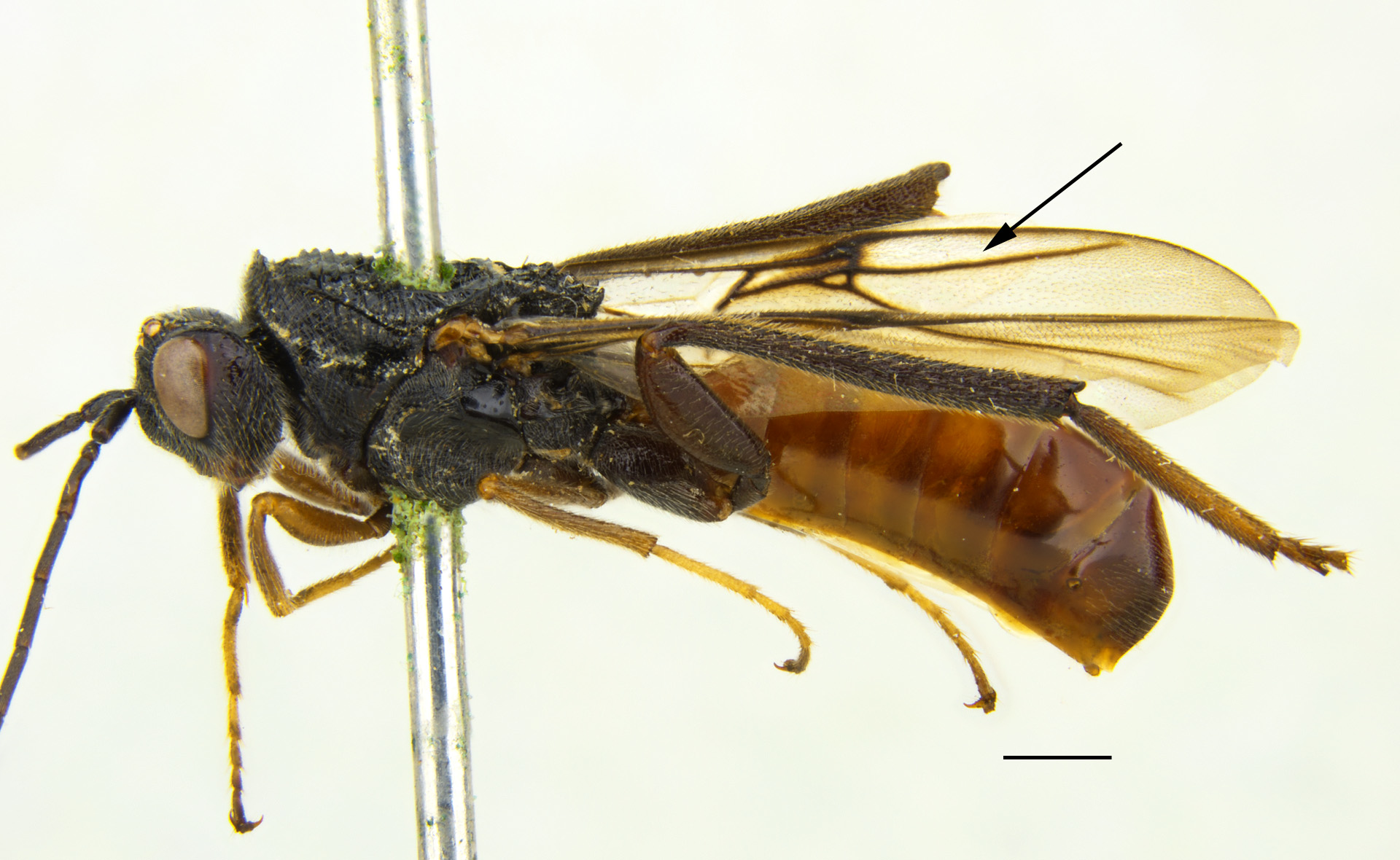