Whitworth, Terry, 2010, Keys to the genera and species of blow flies (Diptera: Calliphoridae) of the West Indies and description of a new species of Lucilia Robineau-Desvoidy, Zootaxa 2663, pp. 1-35: 21

Variation. Previous researchers, James (1967) and Woodley and Hilburn (1994), have noted that L. eximia  -like specimens in the region do not match the mainland L. eximia  . I came to the same conclusion after examining specimens from numerous areas throughout the region. After extensive study, only one consistent character was found that distinguishes the island specimens from those on the mainland. In island specimens, almost all of T 4 is polished while in the mainland form the front 2 / 3 or more of T 4 is microtomentose. A long series of specimens from Trinidad, which is close to the shore of Venezuela, is like the mainland form. Other than nearby Tobago, it is distant from other West Indies islands. For the rest of the region, the specimens are like the island form. Between islands there is considerable variation in vestiture color of the postoccipital area, fronto-orbital plate and parafacial. Color combinations varied from silver-silver to silver-gold to gold-silver. Also encountered were a number of specimens with a brilliant gold body color. A long series from Barbados initially led me to suspect a new species, but a detailed study of genitalia and other characters did not provide sufficient differences to justify new species status. 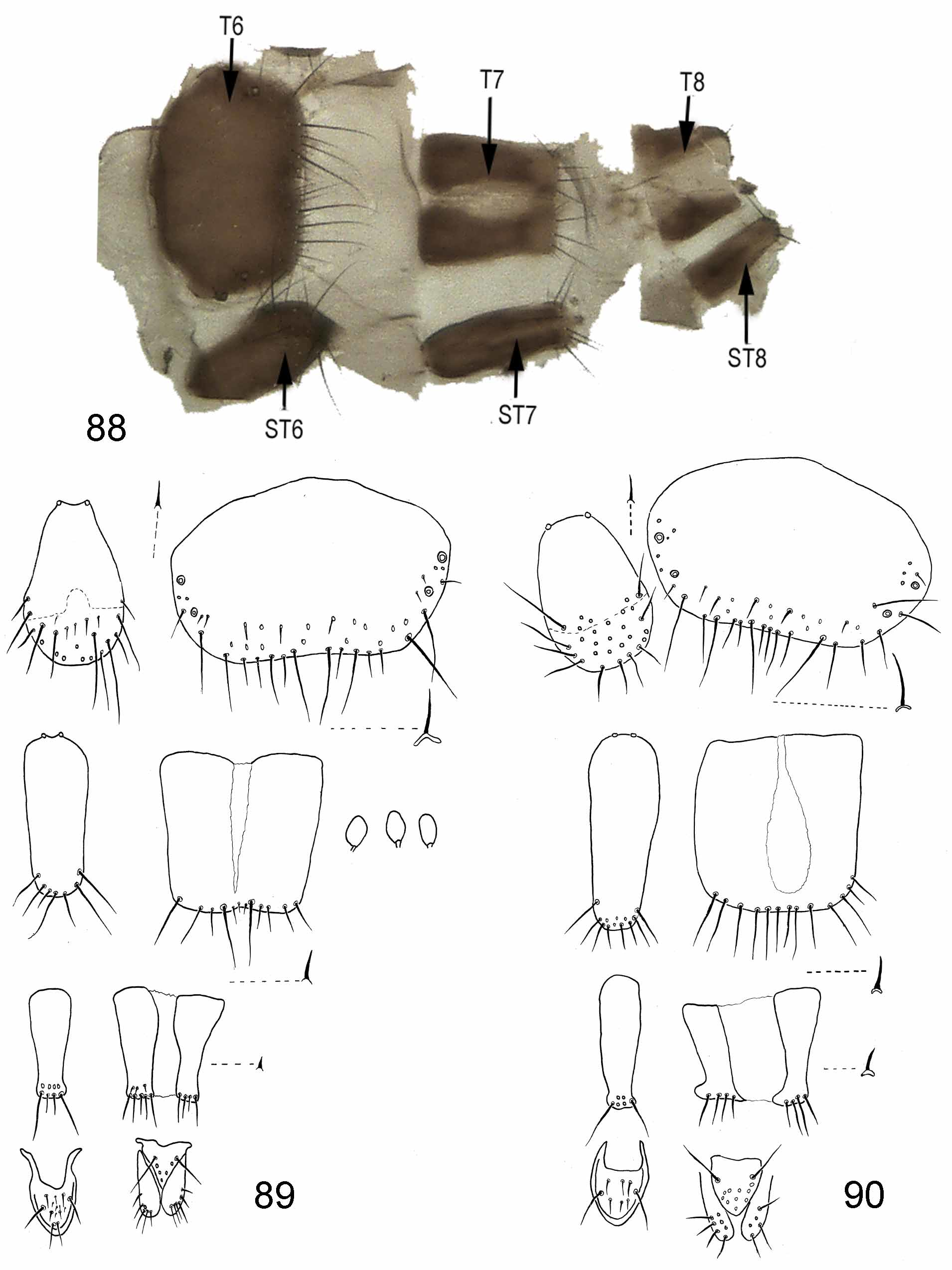