Whitworth, Terry, 2010, Keys to the genera and species of blow flies (Diptera: Calliphoridae) of the West Indies and description of a new species of Lucilia Robineau-Desvoidy, Zootaxa 2663, pp. 1-35: 8

This species was originally described from the Sierra Maestra region, Cuba based on four female specimens. Five males and ten females were examined to characterize this species. The authors described the unusual condition in this species of only two katepisternal setae (see Fig. 9View FIGURES 8 – 13. 8) and noted it has an orange basicosta which is found in only one other New World Calliphora  , C. vicina  . The genitalia in both sexes are highly modified and unlike any Calliphora  in the Nearctic or mainland Neotropical Region.

Diagnosis. Basicosta orange, a character shared only by C. vicina  in the New World; two, rather than three katepisternal setae which is the condition found in all other known New World Calliphora  ; male frons exceptionally broad, 0.29 of head width, nearly as broad as female frons (0.33 of head width); male surstyli forceps-like, cerci fused and withdrawn into base of surstyli; ovipositor unlike other Calliphora  in the Neotropical Region.

Female genitalia. T 6 very short and broad for Calliphora  with a wide, weakly sclerotized area in middle, and an inverted v-shaped notch posteriorly ( Fig. 18View FIGURES 14 – 18). Posterior margin of the sclerite has a row of strong setae which extends up the edge to the paired spiracles; there are no microtrichia on this segment. ST 6 broad, with wide rows of setae posteriorly and laterally; with microtrichia on the posterior quarter of segment. T 7 divided medially by a Y-shaped area of weak sclerotization; posterior edge of each half has inward extensions. ST 7 large and somewhat oval with hind portion almost isolated by a membranous area, posterior edge has a strong row of setae. T 8 halves widely separated; ST 8 reduced to two small triangular sclerites with setae posteriorly. 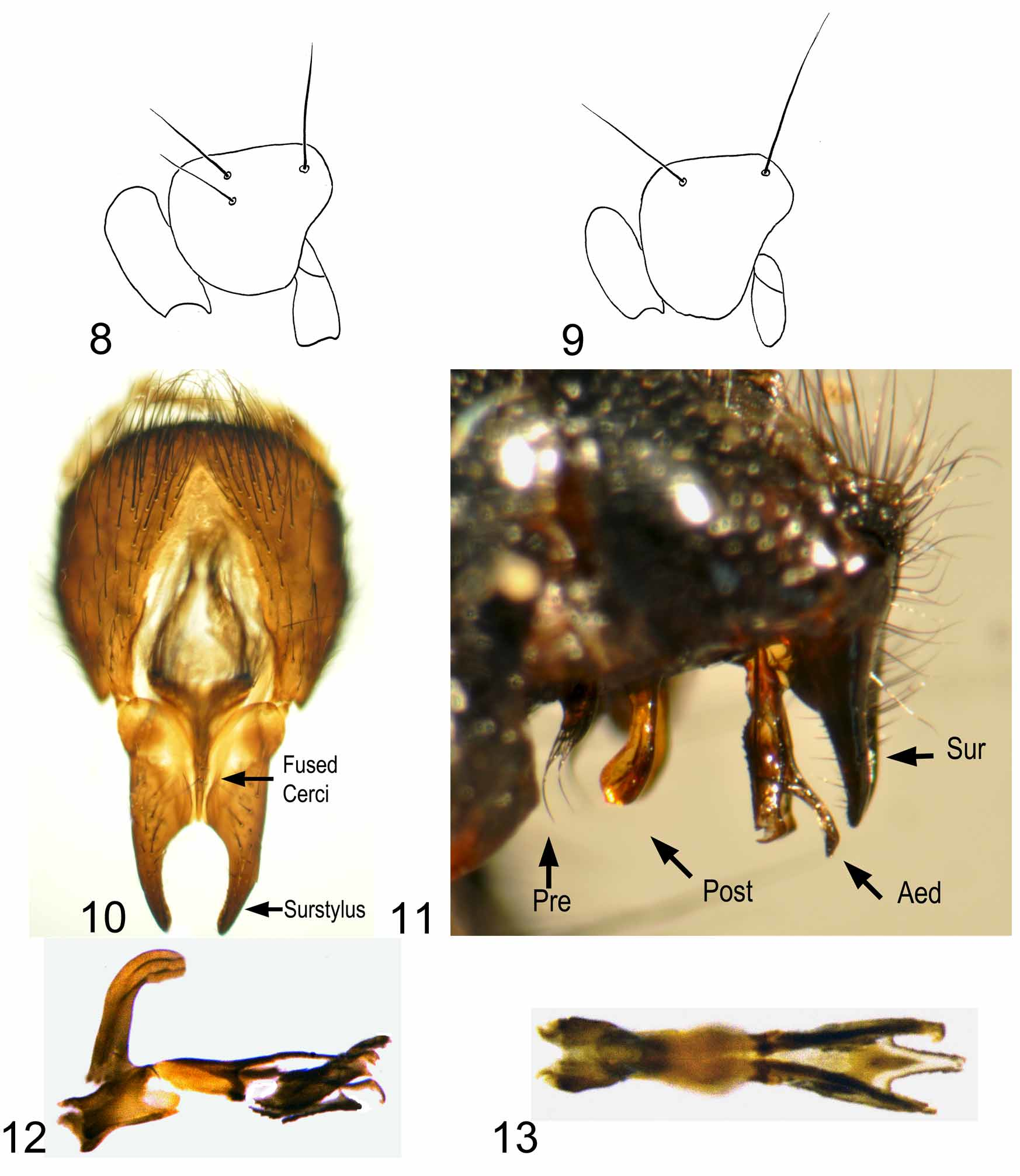 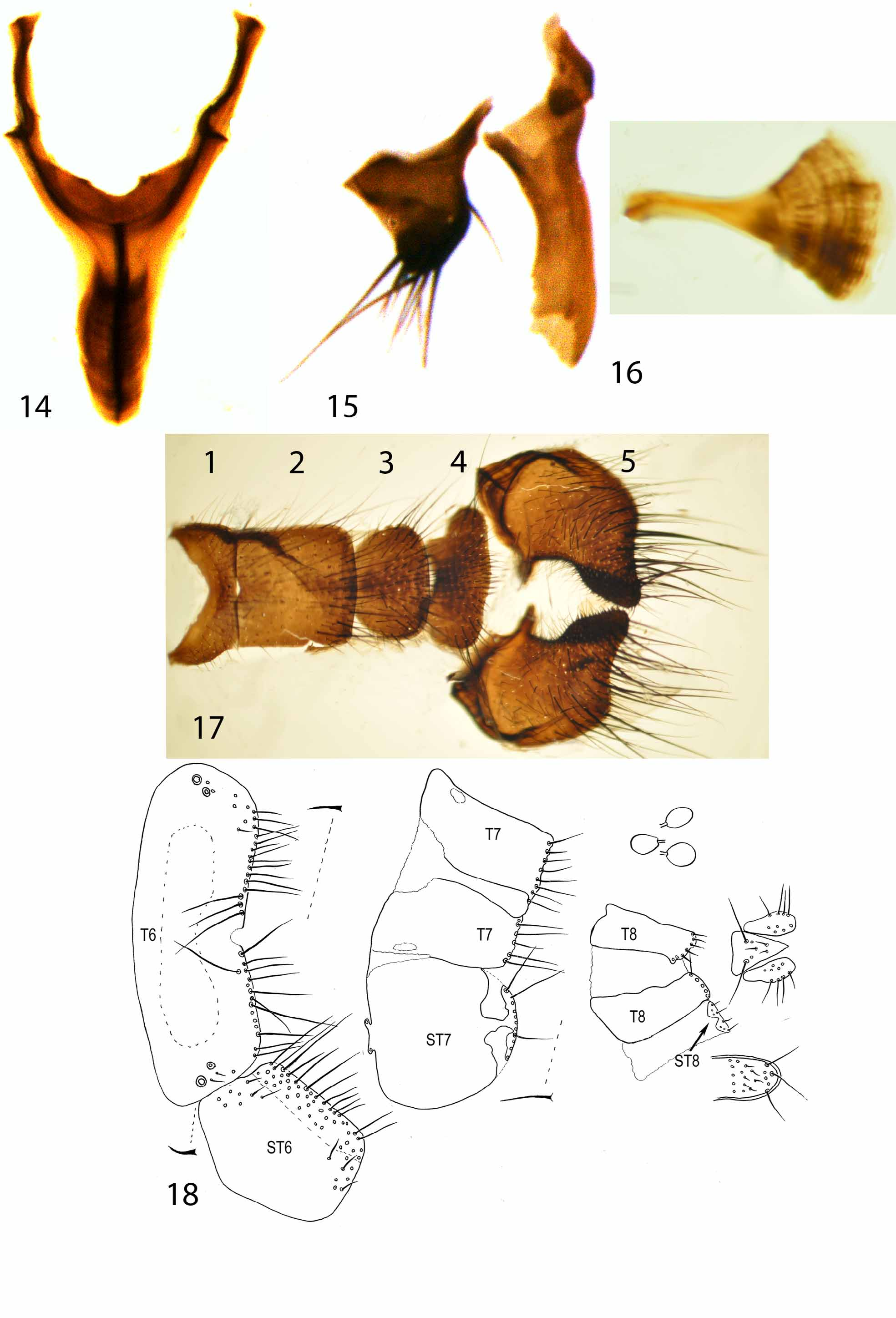 FIGURES 14 – 18. Calliphora maestrica. 14. Hypandrium. 15. Pre- and postgonites. The postgonite possesses a small basal pore with a very fine seta that is not visible in the image. 16. Ejaculatory sclerite. 17. Male abdominal sternites. 18.

FIGURES 14 – 18. Calliphora maestrica. 14. Hypandrium. 15. Pre- and postgonites. The postgonite possesses a small basal pore with a very fine seta that is not visible in the image. 16. Ejaculatory sclerite. 17. Male abdominal sternites. 18.