This new species is characterized by leaves that are secund-curved and densely and coarsely white lepidote on both sides, with trichomes completely obscuring the leaf color, strongly canaliculate leaf blades, subdensely to densely white sublanate inflorescence rachis, floral bracts from exceeding the sepals to exceeding the flowers, sepals not glabrous, and by the shape of petals and the filament connation, which distinguish it from D. argentea   .

Distribution and habitat:— Dyckia gouveiana   is a typically rupicolous species, growing on shallow accumulated organic substrate on rock outcrops in the Campos Rupestres of the county of Gouveia, Diamantina Plateau. Single or a few-aggregated individuals live often along springs, at the border of the grass-like vegetation, fully exposed to sun light, forming a sparse population.

Etymology:—The name chosen for this new species refers to the county of Gouveia, Diamantina Plateau, Minas Gerais State, where it was originally collected.

Observations:— Dyckia goveiana   is morphologically related to D. argentea Mez (1894: 492)   , differing by the leaf blades being strongly canaliculate, with upright margins (vs. nearly flat or inconspicuously canaliculate), rachis subdensely to densely white sublanate (vs. glabrous), floral bracts from exceeding the sepals to exceeding the flowers (vs. shorter than the sepals), sepals densely white lanate (vs. glabrous), broadly acute petals (vs. broadly rounded), and by the filaments shortly connate above the common tube with the filaments (vs. free). While D. argentea   is an endemic species from the Serra do Lenheiro, at São João Del Rey, and Serra de São José, at Tiradentes, not far away from Belo Horizonte, Minas Gerais State, D. goveiana   is known only from the type locality, at Diamantina Plateau. 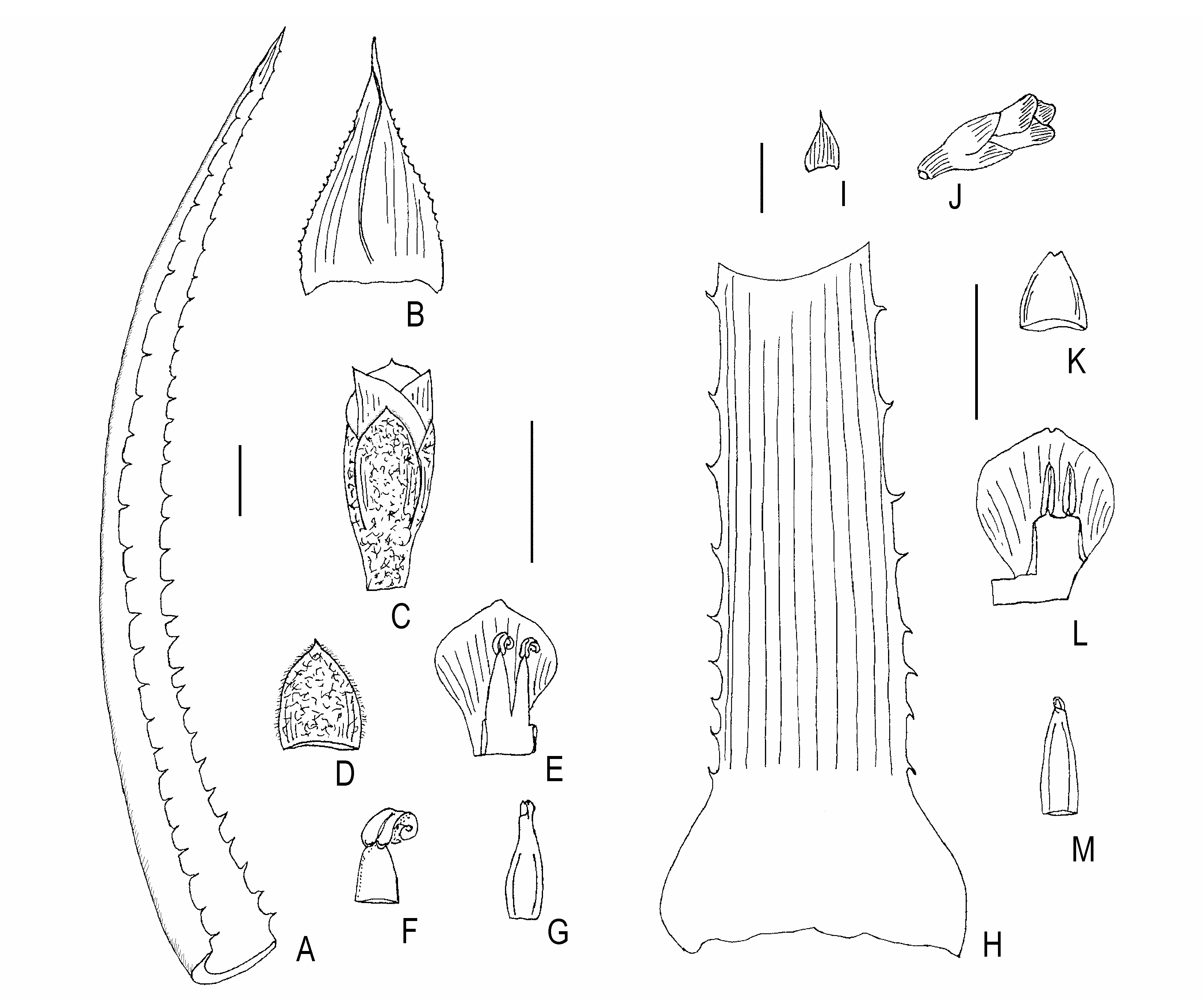